A Curious Beginning – Victorian and hilarious 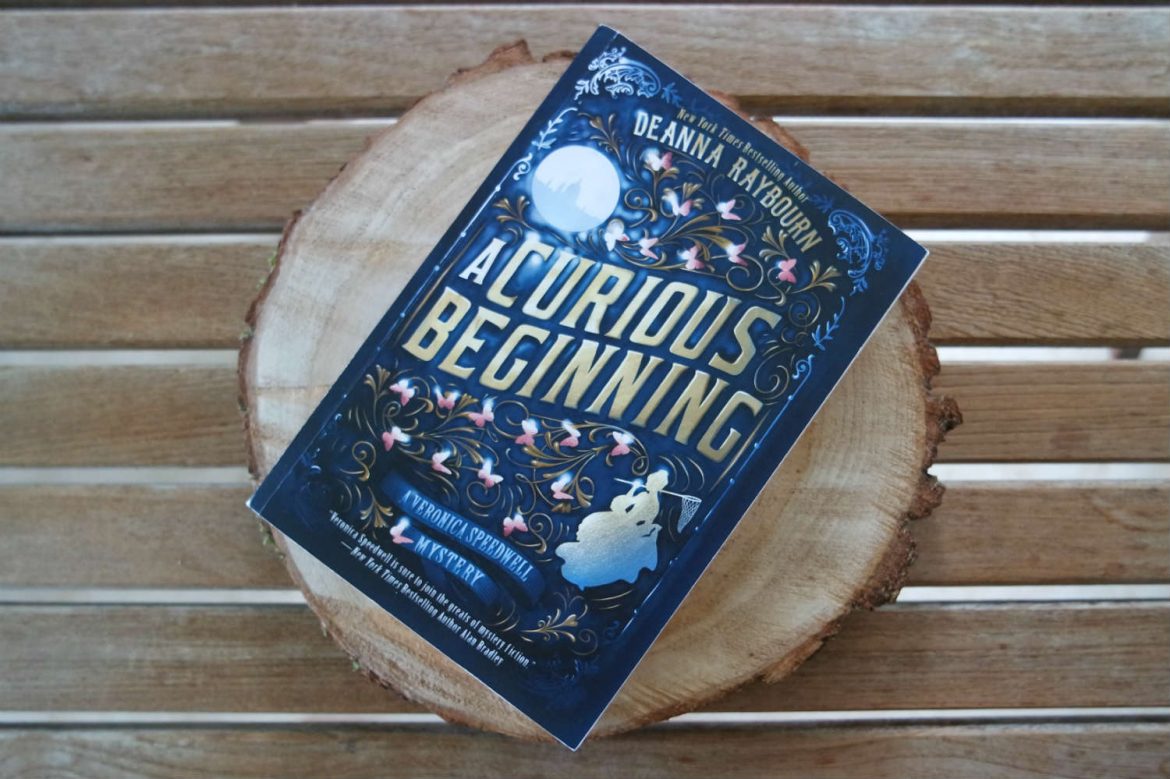 Every once in a while, I like to step away from my Young Adult fantasy stories and I pick up something different. A Curious Beginning is a detective story set in Victorian England. You could summarize the first part of this book as “butterfly expert meets taxidermist, gets involved in a murder case and joins the circus”. Say what?

The story starts with Veronica, a young lepidopterist, whose aunt just died. She plans to go on a new expedition to capture butterflies when she catches a burglar at her house. The man attacks her, but a baron interferes and saves her. The baron takes Veronica to London, claiming her life is in danger, and introduces her to his friend, taxidermist Stoker. They get off to a rocky start, but find themselves having to work together when the baron is murdered.

In the first part of this book, we mainly focus on getting to know our protagonists. Veronica is a young woman with a rather modern view of relationships (occasional flings are okay, but only abroad and never with an Englishman, thank you very much) and a tongue so sharp it could cut paper. Stoker on the other hand is a grumpy man whose past is shrouded in mystery. Their stubbornness leads to repeated conflicts and hilarious dialogues. Needless to say I absolutely adore them both!

I had just returned to the caravan and resumed adventuring with Arcadia Brown when Mr. Stoker burst in, soaking wet and covered in a soapy lather. His hair was dripping rivulets onto the floor, and he had wrapped a bath sheet about himself like a toga. He loomed over me, drenched and panting, having obviously run all the way from the bath tent.

“You look like one of the less capable Roman emperors,” I observed. “Go back and finish the job properly.”

“I have a crow to pluck with you. It just occurred to me – “

“It just occurred to you that I was at liberty and might make my escape. Yes, I know. You are a wretched abductor, Mr. Stoker. I suggest you do not take up felonious activity as a career.”

His expression was sullen. “You will have to make allowances. It is, after all, my first abduction.”

As you might be able to tell from this quote, Veronica and Stoker have amazing chemistry. It’s fun to read their banter and at the same time see how they learn to trust each other.

In the second part of the book, the main mystery takes center stage. While not terribly surprising or original, it’s still highly entertaining and it opens the door for more adventures of our 2 main characters.

If you like a light, fun read – for instance in between all the dystopian misery you (meaning I) usually read – I strongly recommend this series. It has great protagonists, witty dialogue and a story that can take your mind off of your everyday worries. And isn’t that why we all love to read so much? And there’s great news if you like A Curious Beginning: parts 2 (A Perilous Undertaking) and 3 (A Treacherous Curse) are out now, and there will be at least 2 more books in this series!