Traversing Chapters > Reviews > A Curse So Dark And Lonely – Review

A Curse So Dark And Lonely – Review 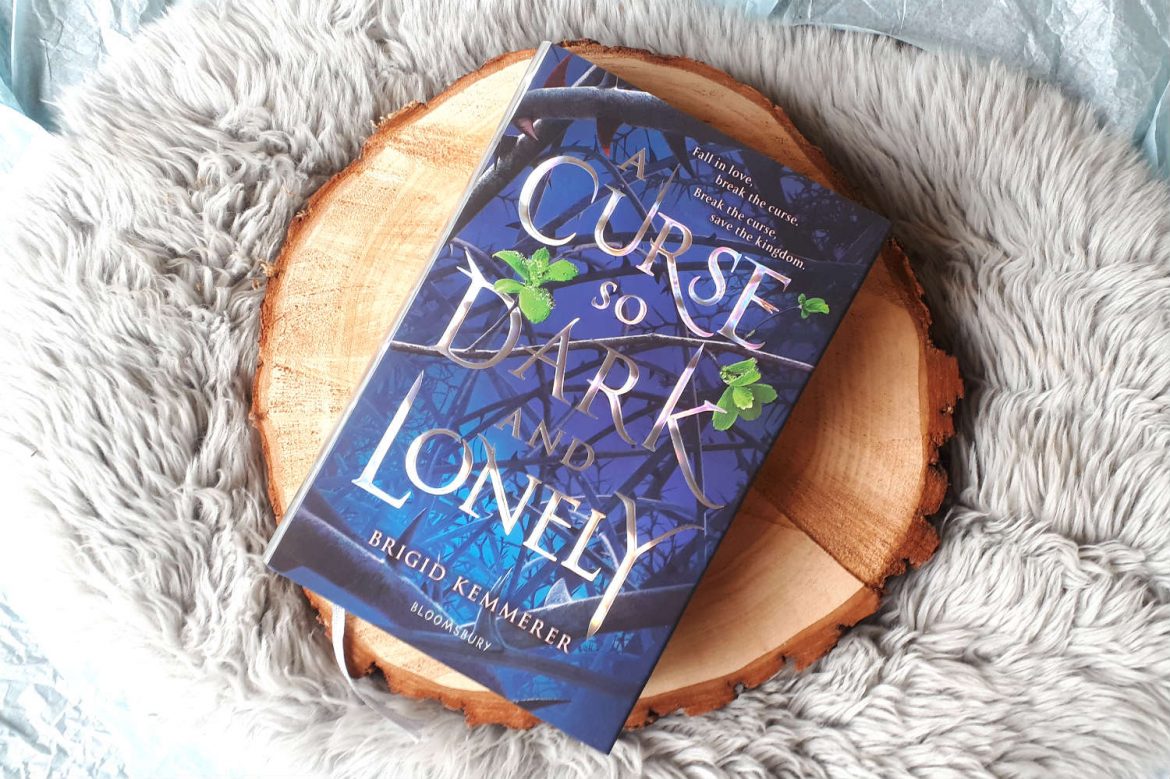 Take one prince who is cursed and turns into a beast and one girl who is forced to live in his castle in the hopes that she can break the curse, and what do you get? An entire shelf worth of Beauty and the Beast retellings. Can A Curse So Dark And Lonely by Brigid Kemmerer bring something fresh to this tale as old as time?

Harper’s life is anything but easy. Her father is long gone, her mother is dying, her brother is involved in shady business and Harper herself is constantly underestimated because of her cerebral palsy. When she witnesses a kidnapping on the streets of Washington, D.C., and tries to intervene, she is sucked into a mysterious world. This world is Emberfall, the kingdom of prince Rhen. He is cursed to repeat the autumn of his eighteenth year over and over, until a girl falls in love with him. And when that doesn’t happen by the end of the season, Rhen turns into a vicious beast before the whole cycle starts again.

I think Beauty and the Beast might be the fairytale with the most retellings of all. And after a while, it gets hard to find an original angle to the story. But Brigid Kemmerer did just that. Not only with the repeating cycle of prince-beast-prince-beast, but also whole thing about parallel worlds.

And of course there’s Harper’s cerebral palsy. I love how this was part of her, but didn’t define her or hold her back. Harper is a strong girl and she won’t let anyone or anything hold her back. At times, her stubbornness made things worse and this got a bit on my nerves. But overall, I really liked her.

I also liked prince Rhen. His story highlights the struggle with feeling sorry for things you have no control over. This was an interesting topic to explore and I liked the way it was done without feeling forced.

And then there are the side characters. Grey, Rhen’s guard commander, was one of my favourites, despite him being the one who kidnaps the girls every season. The main villain of the story is Lilith, the enchantress who cast the spell on Rhen and the castle. She wasn’t as complicated and layered as I like my villains to be. And she reminded me A LOT of Ianthe from A Court of Thorns and Roses. Since that is also a Beauty and the Beast retelling with the girl being kidnapped, this could’ve been done better.

Finally, we can’t talk about BatB retellings without talking about the romance, right? In A Curse So Dark And Lonely, Rhen and Harper grow closer and there are some cute moments, but this wasn’t some epic and hot romance. I’m all here for hot and sexy love stories, but here it would’ve felt wrong because of the situation both characters find themselves in. Both Rhen’s kingdom and Harper’s family are in danger, so it makes sense that they don’t go all heart-eyes and swooning over each other.

While A Curse So Dark And Lonely isn’t the best book I’ve ever read, it was still really good and I couldn’t put it down. And that ending was just… I can’t wait for the sequel, A Heart So Fierce And Broken, which will be released next year! (Spoiler alert: don’t look up the official synopsis for this sequel, because it contains huuuuuge spoilers for the first book)

"Absolutely spellbinding." --Stephanie Garber, #1 New York Times bestselling author of Caraval and Legendary In a lush, contemporary fantasy retelling of Beauty and the Beast, Brigid Kemmerer gives readers another compulsively readable romance perfect for fans of Marissa Meyer. Fall in love, break the curse. It once seemed so easy to Prince Rhen, the heir to Emberfall. Cursed by a powerful enchantress to repeat the autumn of his eighteenth year over and over, he knew he could be saved if a girl fell for him. But that was before he learned that at the end of each autumn, he would turn into a vicious beast hell-bent on destruction. That was before he destroyed his castle, his family, and every last shred of hope. Nothing has ever been easy for Harper. With her father long gone, her mother dying, and her brother barely holding their family together while constantly underestimating her because of her cerebral palsy, she learned to be tough enough to survive. But when she tries to save someone else on the streets of Washington, DC, she's instead somehow sucked into Rhen's cursed world. Break the curse, save the kingdom. A prince? A monster? A curse? Harper doesn't know where she is or what to believe. But as she spends time with Rhen in this enchanted land, she begins to understand what's at stake. And as Rhen realizes Harper is not just another girl to charm, his hope comes flooding back. But powerful forces are standing against Emberfall . . . and it will take more than a broken curse to save Harper, Rhen, and his people from utter ruin.