A Darker Shade of Magic – Review 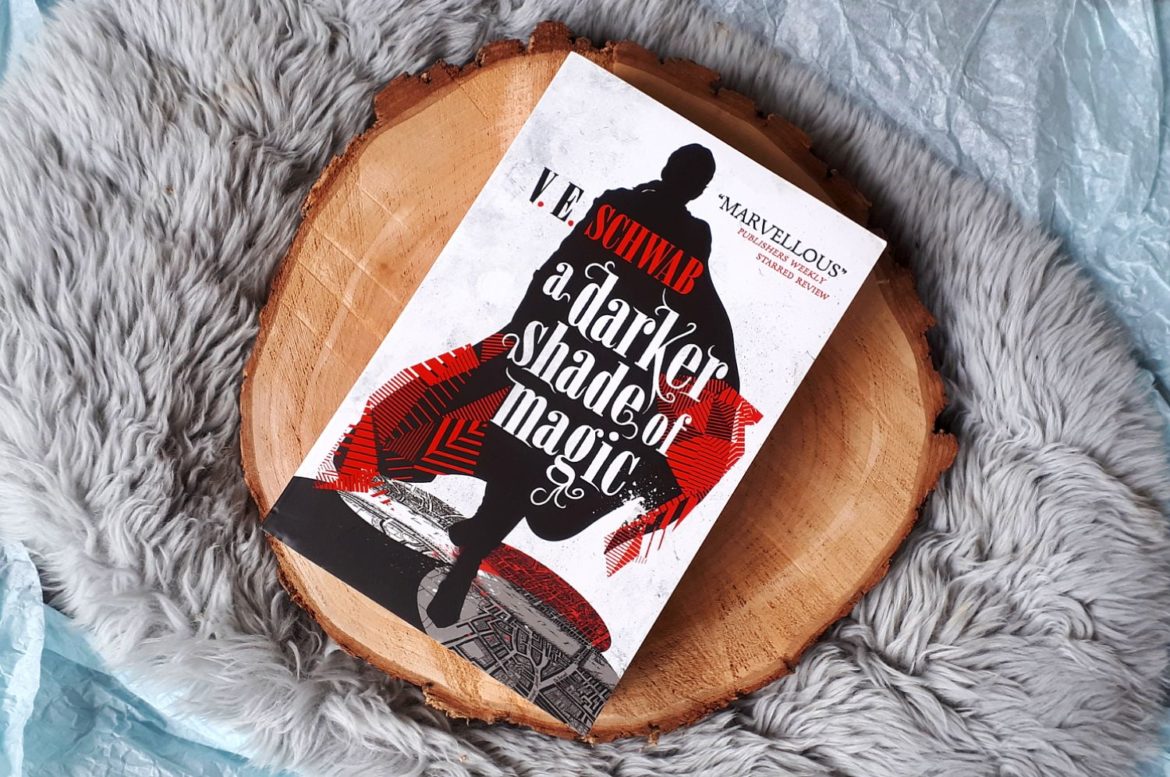 Hi everyone! As you might remember, I had a trip to London planned for last month, but unfortunately, we’ve had to cancel. I was disappointed, but decided to make up for it by reading a book about London. Or rather, four (!) parallel Londons! Here’s my review of that book, A Darker Shade of Magic by V.E. Schwab!

Kell is an Antari, a magician who can travel between parallel Londons – Red, Grey, White, and, once upon a time, Black. He serves the rulers of Red London as an ambassador, but also likes to smuggle objects from one London to another. After an exchange that goes sideways, he escapes to Grey London, where he runs into Delilah Bard, a cut-purse. Together, they have to save all of the worlds.

I had heard so many great things about this series and author, but it took me until last month to finally pick it up. And wow, it was good!!! A Darker Shade of Magic is a prime example of how I like my fantasy stories!

The world is pretty unique with its four – well, three – parallel Londons. Each version of London has a different approach to magic. I loved this setting and the magic system as well! Although I have to say it took me quite some time to understand it all.

The first 100 pages or so of this book focus mainly on world-building, in which we slowly learn more and more about the different Londons, their rulers, and so on. This was absolutely wonderful to read!

Not so unique story

Unfortunately, later on the story kind of… fizzled out… The unique setting and magic were pushed aside in favor of a fairly typical fantasy plot. Not that I have read this particular plot before (although last year’s Nocturna has some similarities, but ADSOM is older so it’s not that this book copied Nocturna), but it just didn’t manage to surprise me as much as I had hoped.

But that’s my only problem with A Darker Shade of Magic. I loved the protagonists, especially Kell. He’s a very layered character (with almost as many layers as his very peculiar coat). Lila was a bit too reckless for my tastes at times, but she was kickass.

I was left with some questions at the end, things that were hinted at but that never got a proper explanation. For instance, I want to know more about Kell’s background. But there are two more books in this series and I look forward to reading more about this intriguing world and its characters.

All things considered, I give A Darker Shade of Magic 4 stars out of 5. The setting was great, as were the protagonists. But the story in the second part of the book didn’t surprise me that much.