A River of Royal Blood – Review 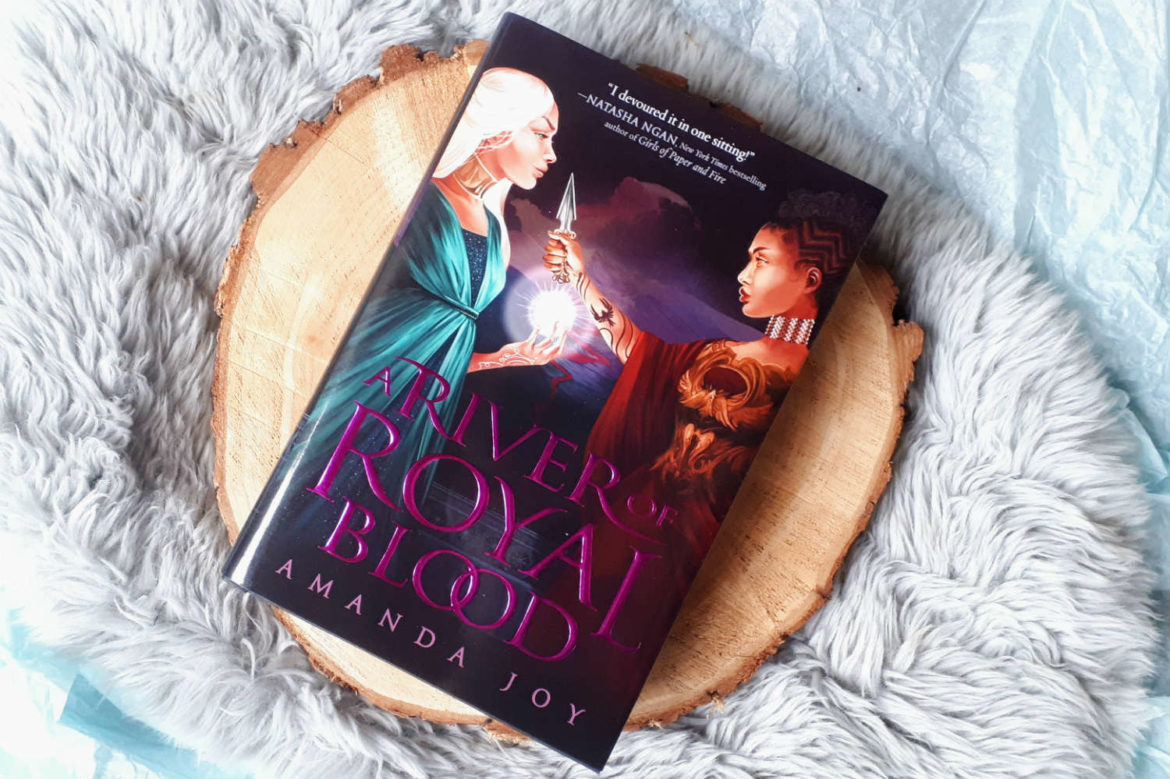 Hi everyone! I hope you’re all doing great and that you’ll have plenty of time to read during the weekend. A few weeks ago, I wrote a blog post about fantasy books inspired by locations all around the world. And I mentioned that I should probably read more African-inspired stories. I started this year by reading Children of Blood and Bone (review coming soon!), and last month I read A River of Royal Blood, by Amanda Joy. Here’s my review of the latter!

Eva is a princess born with the magick of marrow and blood. This particular kind of magick hasn’t been seen for generations in the country of Myre, not since Queen Raina, who massacred thousands – including her own sister. This killing was the beginning of the Rival Heir tradition that now forces Eva to face her older sister Isa in a battle to the death if she wants to become queen. But when an assassin attacks Eva just weeks before that battle, she discovers it’s not just her sister who wants her dead; and Eva is forced to turn to a fey instructor and a mysterious prince for help in growing her magick.

This was such a great book! The basic premise of the story – sisters who must battle each other to the death with magic to become queen – sounds a bit like Three Dark Crowns, but here both sisters grew up together. That creates extra tension of course and I love all sorts of tension and intrigue.

The magick in A River of Royal Blood was fascinating. Everyone has a different type of magick and Eva’s is that of blood and marrow. If she can learn how to use it, that is. The fact that she is the first person since the legendary Queen Raina to have this particular kind of magick creates so much internal conflict. Because Raina killed thousands and Eva fears she might share more with Raina than just her magick.

Eva is a great and strong character. I liked this kick-ass heroine a lot. And the side characters were so much fun and really intriguing as well! Especially Baccha was my favourite and I can’t wait to read more about him in the next books in this series!

Unfortunately, I found Isa a bit two-dimensional. In Eva’s memories we get glimpses of their childhood and these hint at more depth, but in the present Isa feels flat. Her motivations comes across as very simplistic.

And another problem I had was the length of this book. A River of Royal Blood is only 350 pages long, but there is a lot going on. We are thrown from event to event, without much time to breathe in between. This means Eva’s emotions are a bit glossed over at times. Instead of exploring how the previous event makes her feel, we immediately get a new incident.

I am intrigued by the story of A River of Royal Blood and its North African setting. But I hope Amanda Joy takes her time to flesh out the next installment in the series a bit more. Because the story is great, as is the writing. But this book would have benefitted from another 100 pages and I hope we get this extra depth in the next (as of yet untitled) book!

Seventeen-year-old Eva must harness the magick inside her to defeat her older sister, Isadore, as well as other forces, and win the crown in the Queendom of Myre--or die trying.