Traversing Chapters > Reviews > A Torch Against the Night – Review

A Torch Against the Night – Review 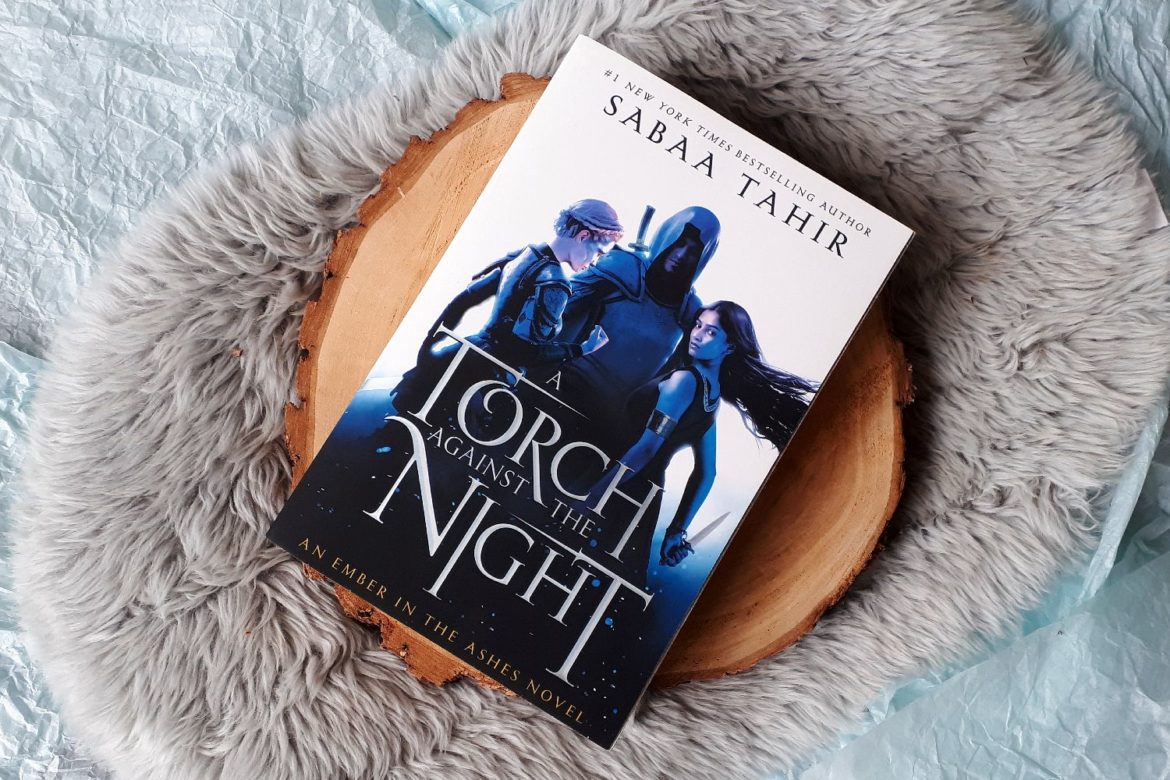 Hi everyone! I know I’ve starting every post like this lately, but I apologize for not posting more often these days. I guess it’s a combination of fatigue and the whole *gestures at everything* that’s starting to weigh down on me. But I don’t even have the energy to read nowadays, which is pretty annoying. Anyway, I managed to write a review for the first time in aaaaaages, so let’s get to it. Here’s what I thought of A Torch Against the Night, the second book in the Ember in the Ashes series by Sabaa Tahir!

Warning: This review doesn’t contain spoilers for A Torch Against the Night, but since it’s the sequel to An Ember in the Ashes, there will be spoilers for that book. Proceed with caution!

Elias and Laia are running for their lives, hunted by the Martial soldiers. Laia is determined to break into Kauf – the Empire’s most secure and dangerous prison – to save her brother, who is the key to the Scholar’s survival. And Elias is determined to help her succeed. Together, the pair must fight every step to outsmart their enemies. The Emperor, the Commandant, the Warden of Kauf, and Helene – Elias’ former friend and the Empire’s newest Blood Shrike.

In case you’re wondering how much A Torch Against the Night destroyed me: my boyfriend asked me if I liked the book I’d just finished and I replied with a minute-long “Aaaaaaaaaaaaaaaaahhhhh”.

Followed by “IT WAS SO GOOD, I NEED MORE, BUT I DON’T KNOW HOW MUCH MORE MY HEART CAN TAKE”

Yep, it’s one of those books. This picks up right where Ember left off and it all came back to me pretty quickly. My heart was racing throughout the whole journey and hooooo boy, what a journey it was! Laia is so strong and brave, Elias is such a good person, and Helene is one of the best and most complex characters I’ve read in a long time.

And the side characters! We can’t forget them either! I can’t list all of them, but this cast feels truly alive. Well, for as long as they remain alive, because Sabaa Tahir is pretty cruel to her characters.

Is it the most original and best plot ever? No. But who cares when the writing is this amazing? When you can almost feel the pain, hear the screams and smell the blood? Not that I enjoy seeing people (even fictional ones) suffer, but the fact that this book lures you in, captivates you and doesn’t let you go, that it makes this imaginary world feel so real? That’s what makes a story great.

There were also quite a number of twists. Some that I saw coming, and some that hit me out of nowhere. The big one was one I *thought* I figured out, but hoooooo boy, I had no idea!

So yeah, it will come as a surprise to exactly no one, but A Torch Against the Night gets the full 5 stars out of 5!

I’m going to buy the third book really soon (and the fourth and final book in the series will be available in December), and I’m hoping it’ll just be a couple hundred pages of these characters eating ice cream and playing with cute puppies, because it’s what they deserve. But let’s face it, we all know that’s not going to happen.

Elias and Laia are running for their lives. After the events of the Fourth Trial, Martial soldiers hunt the two fugitives as they flee the city of Serra and undertake a perilous journey through the heart of the Empire.

Laia is determined to break into Kauf—the Empire’s most secure and dangerous prison—to save her brother, who is the key to the Scholars’ survival. And Elias is determined to help Laia succeed, even if it means giving up his last chance at freedom.

But dark forces, human and otherworldly, work against Laia and Elias. The pair must fight every step of the way to outsmart their enemies: the bloodthirsty Emperor Marcus, the merciless Commandant, the sadistic Warden of Kauf, and, most heartbreaking of all, Helene—Elias’s former friend and the Empire’s newest Blood Shrike.

Bound to Marcus’s will, Helene faces a torturous mission of her own—one that might destroy her: find the traitor Elias Veturius and the Scholar slave who helped him escape…and kill them both.

a torch against the night, an ember in the ashes, elias, fantasy, laia, sabaa tahir, young adult