Traversing Chapters > Reviews > An Ember in the Ashes – Review

An Ember in the Ashes – Review 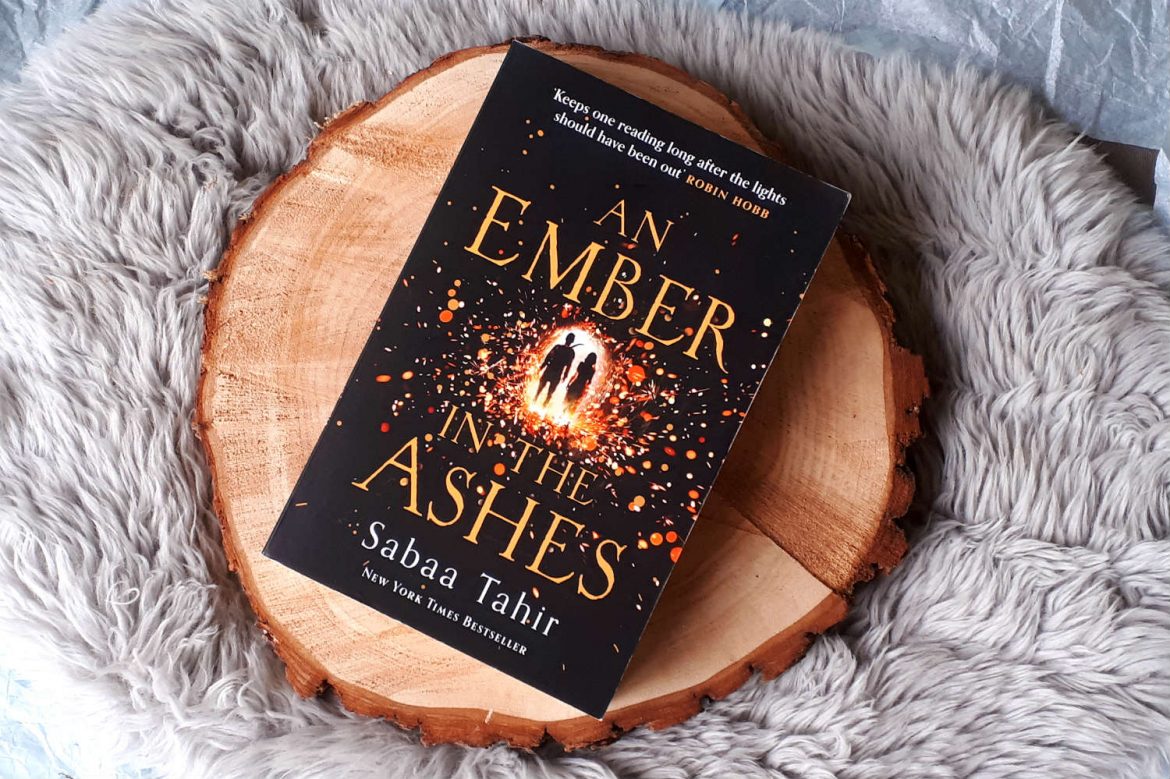 Today I bring you a review of a book that’s been on my TBR list for more than 2 years and that was part of my huge book haul late last year. So what did I think of An Ember in the Ashes? And will I pick up the sequels in this series sooner than two years?

In the Martial Empire, those who do not obey the Emperor risk the execution of their loved ones. In this society, Laia lives with her grandparents and her brother. But when her brother is arrested for treason, Laia seeks the help of the rebels. They promise to help her save her brother if she acts as their spy within the walls of the military academy.

In this academy, Laia meets Elias. He is one of the school’s finest soldiers, but secretly dreams of leaving this life behind to be free. Laia and Elias soon realize their destinies are intertwined and that they have the fate of the Empire in their hands.

You probably want to know what I thought of An Ember in the Ashes, right? I mean, that’s why you’re reading this. Well, my short answer is this:

And now the long answer…

The Empire is inspired by the Roman Empire, and it is absolutely brutal. The Masks are terrifying and the Commandant is an absolute bitch. I was genuinely scared every time Laia was doing her spy stuff (and even when she was simply talking to the other slaves).

Speaking of Laia, I adored her so much. You know how heroines in books often immediately show how tough and brave they are? That’s not the case here. Laia is afraid and has to fight her instincts to try and save her brother. This is just so much more believable and it is great to see her grow. I also like Elias a lot. He’s a product of the Empire and the military academy, and confirming to their rules would be the easy option for him. Instead, he is aware of the horrific things the Empire does and lets his conscience speak.

There are two overlapping love triangles (a love square?) in An Ember in the Ashes. And you know what? They didn’t bother me. That’s how good this book is. Because both triangles are believable and not just “ooh, this guy is hot, and so is this guy… woe is me!” Instead, the personalities of these characters play an important part, as does the kind of life they offer.

And that’s emblematic of this entire book. It’s so much more than it seems on the surface. It deals with oppression, blind loyalty versus listening to your conscience, and the power of literacy. These are heavy topics, yet it never feels preachy.

An Ember in the Ashes was originally sold as a standalone, but luckily that changed. Too many questions remain unanswered after reading this book. Open endings are one thing, but here you are just left feeling unsatisfied. But do not despair, books 2 and 3 are available already, and author Sabaa Tahir is working on the fourth book. I’ll definitely be reading these as soon as I can, and I highly recommend this series!

Set in a terrifyingly brutal Rome-like world, AN EMBER IN THE ASHES is an epic fantasy debut about an orphan fighting for her family and a soldier fighting for his freedom. It's a story that's literally burning to be told. Laia is a Scholar living under the iron-fisted rule of the Martial Empire. When her brother is arrested for treason, Laia goes undercover as a slave at the empire's greatest military academy in exchange for assistance from rebel Scholars who claim that they will help to save her brother from execution. Elias is the academy's finest soldier- and secretly, its most unwilling. Elias is considering deserting the military, but before he can, he's ordered to participate in a ruthless contest to decide the next Martial emperor. When Laia and Elias's paths cross at the academy, they find that their destinies are more intertwined than either could have imagined and that their choices will change the future of the empire itself. Vow your blood and body to the empire. Keep your heart for yourself.