An Enchantment of Ravens – Review 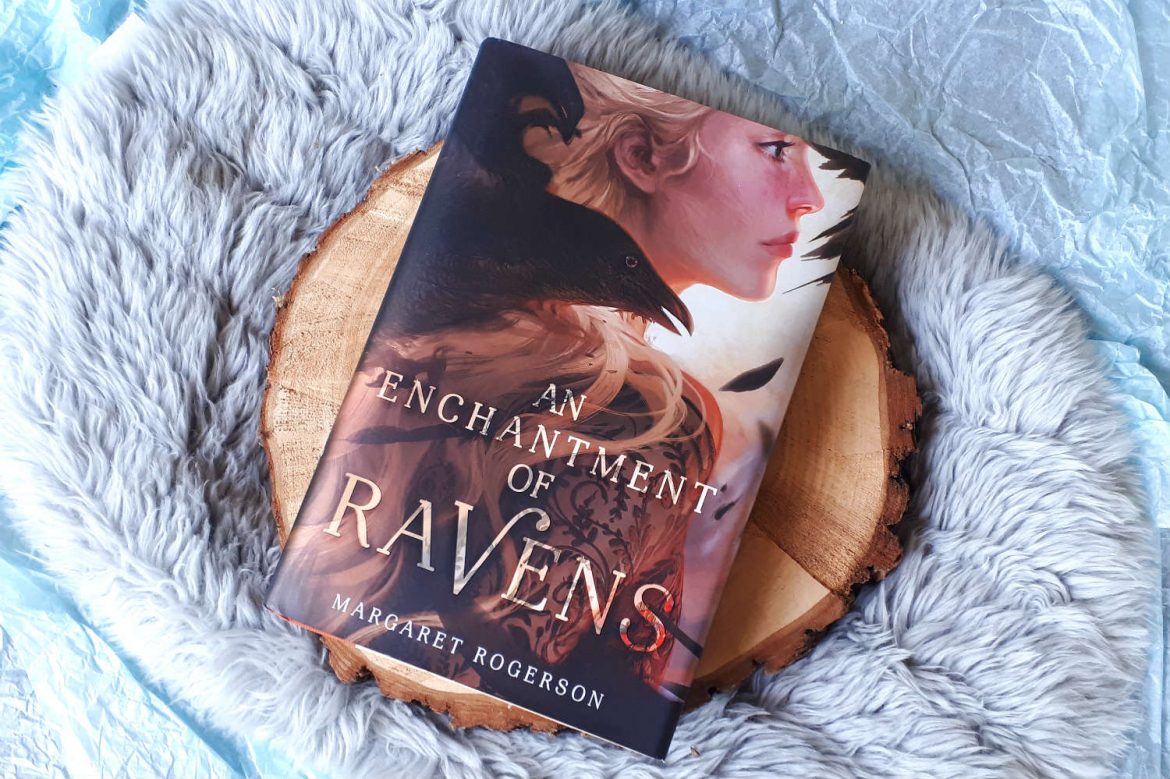 After the futuristic Wildcard, it’s time to dive back into a fantasy setting filled with the Fair Folk. An Enchantment of Ravens by Margaret Rogerson promises the story of a human painter standing up against the ancient power of the faerie courts and falling in love with a faerie prince. But did it deliver?

Meet Isobel, a talented portrait artist whose clients are the fair folk. These immortal creatures can’t create anything themselves, so they turn to humans to bake bread, weave cloth, and so on. One day, Isobel receives a royal patron – Rook, the autumn prince -, but when she paints mortal sorrow in his eyes, a furious Rook spirits her away to the autumnlands to stand trial. On their way to Rook’s court, they meet ghostly hounds and other hideous monsters. But the biggest threat of all is their growing love for one another. Can Isobel use her skill to fight the fairy courts?

I should really stop having high expectations for books, I fear. This was yet another book I was excited about, but it fell flat. The world feels incredibly unfinished. What is this Good Law? Why and when and by whom was it created? What is in it? Why is the town of Whimsy special? What is the World Beyond? I have so many questions, even after finishing this book. And that’s not a good thing for a standalone. If you write a story that wraps up in one book, please don’t leave so many loose threads.

Let’s talk about the magic of the fair folk. Some of its properties seemed to have been made up along the way, with abilities and limitations to suit whatever the story needed at that time to create tension or a twist. I prefer a magic system that feels well planned by the author. Not that every little detail of it should be revealed on page 1, but it should feel consistent. Unfortunately, that’s not the case in An Enchantment of Ravens.

Sometimes, when the world building isn’t up to par, the main characters can still save the story. Alas, not here. I honestly don’t understand why Isobel and Rook fell in love with each other. They meet, they have a few sessions with him sitting to have his portrait painted… and TADAAAAA! They can’t stop making heart eyes at each other! I mean, this could work if Rook and Isobel had some meaningful conversation while working on that portrait. But no, most of these sessions happen off-page and we fast-forward to the last session, when she paints mortal sorrow in his eyes. Look, if I read a romance, I want to *see* these characters fall in love. Is that too much to ask? Now it feels like instalove and uuuuuuuuuuughhhhhhhh….

It’s also a journey book, in which the characters travel from one monster to another dangerous situation. I can enjoy journey books, but too often, they feel more like separate short stories and not a flowing overarching story. This was also the case here. Isobel has to stand trial in the autumn lands because she painted mortal sorrow in Rook’s eyes. This sounds silly, but okay, let’s go to the faerie court! Except no, we don’t go there. Rook soon decides he’s not taking Isobel to her trial. And I’m just confused…? Can they just decide to not show up for a trial? Aren’t there consequences? I get that the author needed a reason to send Rook and Isobel on a road trip together, but this doesn’t seem logical…?

Margaret Rogerson isn’t a bad writer, don’t get me wrong. This is her debut novel and it all looks and sounds promising, but the execution could have been better. Her writing prose itself is great though! Rogerson’s second novel, Sorcery of Thorns, was published a few weeks ago. And where An Enchantment of Ravens is only 300 pages long, this sophomore novel clocks in at 450 pages. So hopefully we get some more world building and characters falling in love on-screen!

Isobel is an artistic prodigy with a dangerous set of clients: the sinister fair folk, immortal creatures who cannot bake bread or put a pen to paper without crumbling to dust. They crave human Craft with a terrible thirst, and Isobel’s paintings are highly prized. But when she receives her first royal patron—Rook, the autumn prince—she makes a terrible mistake. She paints mortal sorrow in his eyes—a weakness that could cost him his life. Furious, Rook spirits her away to his kingdom to stand trial for her crime. But something is seriously wrong in his world, and they are attacked from every side. With Isobel and Rook depending on each other for survival, their alliance blossoms into trust, then love—and that love violates the fair folks’ ruthless laws. Now both of their lives are forfeit, unless Isobel can use her skill as an artist to fight the fairy courts. Because secretly, her Craft represents a threat the fair folk have never faced in all the millennia of their unchanging lives: for the first time, her portraits have the power to make them feel.