And I Darken – Review 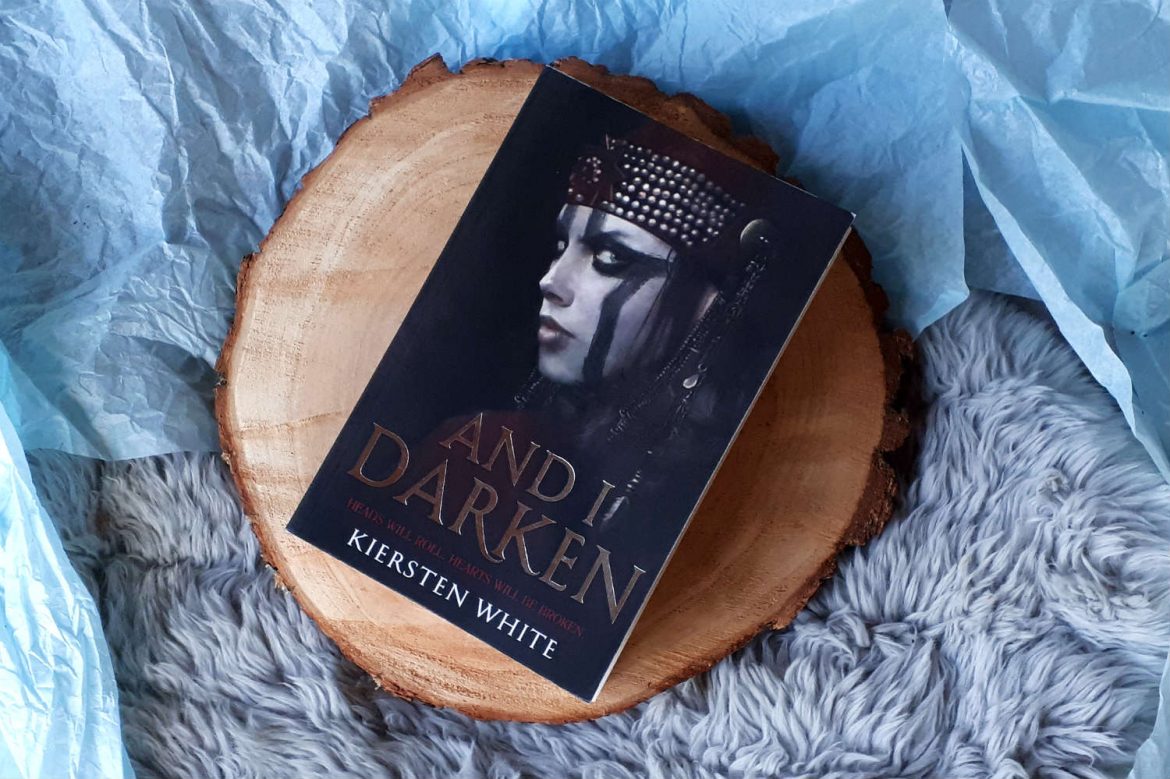 Vlad the Impaler is probably one of the most notorious historical figures. He is the ruler who inspired Bram Stoker’s Dracula after all. But what if Vlad were a woman? That’s the premise of And I Darken. I love history and historical fiction (although I have to admit I don’t read nearly enough of it), so I was curious about this book. Should you pick it up too? Let me tell you what I thought of it.

Lada Dragwlya and her younger brother Radu spent their first years growing up in their father’s court. Lada, who has a cruel streak, craved her father’s love, but the man isn’t exactly an involved father. Brother and sister are soon taken from their homeland Wallachia to be raised in the heart of the Ottoman Empire as political pawns.

While gentle Radu quickly adapts to his new life, Lada despises this world and wants nothing more than to return to Wallachia and claim her birthright. And then Mehmed shows up. The son of the sultan strikes up a friendship with Lada and Radu, but growing up and changing political situations lead them into a toxic triangle.

Not a history lesson

Let’s start with the most important thing about this novel. And I Darken is technically historical fiction and is inspired by real people. But! Author Kiersten White has taken quite a few liberties with this st/ory. The most obvious one is of course the fact that Vlad is now Lada. But White also plays around with birth dates. For instance, in the book Lada is born in 1435 and Radu a year later. A quick Google search tells me Vlad was actually born in 1431 (although I also found mentions of 1429), and historical Radu was born sometime in the range 1437-1439.

These are some things I can easily verify through Google, and I can only assume White has taken the same liberties with other events and descriptions (she says as much in her acknowledgements). So please don’t use this book as a history lesson, but consider it a fun story and it might inspire you to actually read up on the history of the region. Which I’ll definitely do after I’ve read the other books in this trilogy, because I don’t want any spoilers.

Anyway, now that that’s out of the way, let’s return to the story. And I Darken starts with a sort of montage of Lada and Radu’s first years in Wallachia. This rapid succession of scenes without any clear story made it hard for me to get sucked in the book. The fact that main character Lada was so cruel, didn’t help.

“On our wedding night,” she said, “I will cut out your tongue and swallow it. Then both tongues that spoke our marriage vows will belong to me, and I will be wed only to myself. You will most likely choke to death on your own blood, which will be unfortunate, but I will be both husband and wife and therefore not a widow to be pitied.”

But then they were sent to the Ottoman court and things got interesting! There were secrets, lies, scheming and a tangle of feelings. Lada and Radu kept secrets from Mehmed, then Lada and Mehmed hid things from Radu, and so on. This all happened while there were greater events afoot in the “outside world”: political alliances, war and the Ottomans’ conquest of the region towards Constantinople.

And despite knowing that Lada will undoubtedly do horrifying things in the second and third book (I mean, she’s The Impaler, after all), she grew on me throughout this book and I started liking her. Radu on the other hand appears to be a soft little boy at first, but while Lada trains with the Janissaries, he hones his charm and political scheming. I surely wouldn’t want them as my enemies!

And I Darken asks the question “How do we become who we are?”. Where are the seeds sown for that, how are we shaped by our experiences growing up. And how far are we willing to go to get what we want? Knowing where Lada’s story will lead her, knowing that she will become “The Impaler”, it is interesting to see how these events shape her.

So to sum things up: I love the premise of And I Darken and ended up loving both main characters. It’s not a fun and light story, but I didn’t expect it to. Unfortunately, it took a while for me to get into the story. And once again: please don’t see this book as a history lesson. It’s fiction inspired by real people and events, but no accurate portrayal. If you want your books to be historically accurate, I would advise you to skip this one. If you don’t mind some liberties and loose interpretations, I can recommend this book. And check out sequels Now I Rise and Bright We Burn!

In this first book in a trilogy a girl child is born to Vlad Dracula, in Transylvania, in 1435--at first rejected by her father and always ignored by her mother, she will grow up to be Lada Dragwlya, a vicious and brutal princess, destined to rule and destroy her enemies.