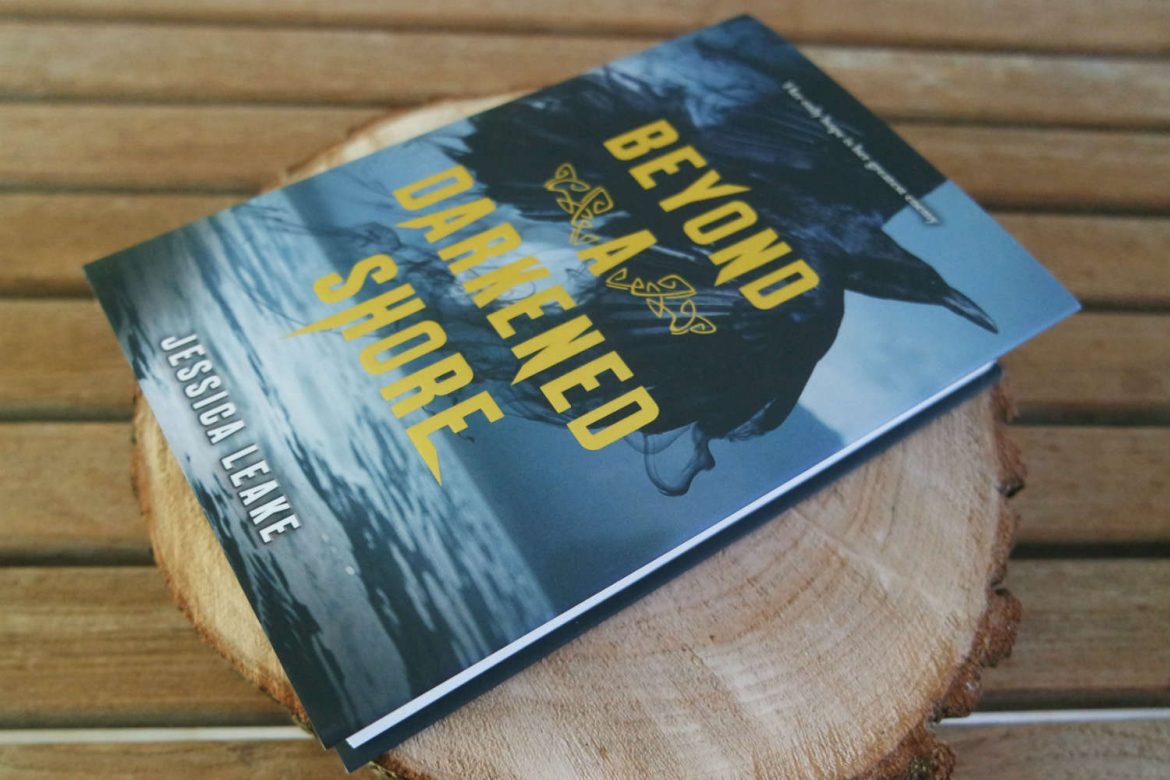 Take one serving of Celtic mythology, a cup of Norse gods and monsters, two kickass protagonists, a tablespoon of cute and fun romance, and a sauce of to-the-fact writing. This might sound like a recipe for a hot mess, what with the different mythologies being mixed. But in the case of Beyond A Darkened Shore, we are served a delicious meal that makes you beg for more.

The story centers around Ciara, a Celtic warrior princess. She is feared by her clan because of her ability to control other people’s minds. When she receives a vision warning her for danger that threatens her clan and the whole island of Eirinn, she is met with resistance from her father. This leaves her with no choice but to form an alliance with Leif, a young Viking raider and her worst enemy. Together they will have to find a way to defend both of their countries.

I was so happy when I found this book in my Fairyloot box and it did not disappoint! I loved both characters so much and especially appreciated that Leif wasn’t a jerk, like you often see in these enemies-into-lovers romances. Instead he was a nice guy, with an abundance of confidence. Ciara from her side was a strong young woman, despite difficult circumstances.

Both protagonists had great chemistry and worked together well. One little remark: it didn’t take them long to decide to cooperate and to get along. Because they didn’t bicker an awful lot, It didn’t have the feeling of a true enemies-into-lovers romance.

I enjoyed the journey across Eirinn and the mythological creatures they met along the way. Celtic mythology is one of my favourites, and this book gave me a big portion of that. Plus, I also love Norse mythology and we got a lot of that as well. Unfortunately, the finale – which focused more on the Norse gods – felt a bit rushed.

It’s almost like Jessica Leake had a limited amount of pages for this book, and the first part took up so many pages that there were barely any left. As a consequence, the final battle felt slightly anticlimactic, it was all just a bit too easy.

At this moment, Beyond A Darkened Shore is a standalone. However, according to Leake’s comments on Goodreads, the characters might make an appearance in her future books. This sounds fine, because this story has a good ending, I don’t need sequels to milk the characters. But at the same time, the world she created has a lot of potential for new characters to have adventures.

All things considered, this book was such a great and fun read. It combined so many of my favourite ingredients in just the right doses. Yes, Beyond A Darkened Shore has its flaws – mainly the fact that Ciara and Leif set aside their differences pretty easily and that the final battle was a bit rushed -, so I would give it 4.5 stars out of 5. But because I have a sweet spot for cute Vikings like Leif, I’ll round it up to 5.

Vikings meets Frostblood in this romantic historical fantasy stand-alone from author Jessica Leake. The ancient land of Éirinn is mired in war. Ciara, princess of Mide, has never known a time when Éirinn’s kingdoms were not battling for power, or Northmen were not plundering their shores. The people of Mide have always been safe because of Ciara’s unearthly ability to control her enemies’ minds and actions. But lately a mysterious crow has been appearing to Ciara, whispering warnings of an even darker threat. Although her clansmen dismiss her visions as pagan nonsense, Ciara fears this coming evil will destroy not just Éirinn but the entire world. Then the crow leads Ciara to Leif, a young Northman leader. Leif should be Ciara’s enemy, but when Ciara discovers that he, too, shares her prophetic visions, she knows he’s something more. Leif is mounting an impressive army, and with Ciara’s strength in battle, the two might have a chance to save their world. With evil rising around them, they’ll do what it takes to defend the land they love...even if it means making the greatest sacrifice of all.