Boekenbeurs Blues – A Rant About Our Book Fair 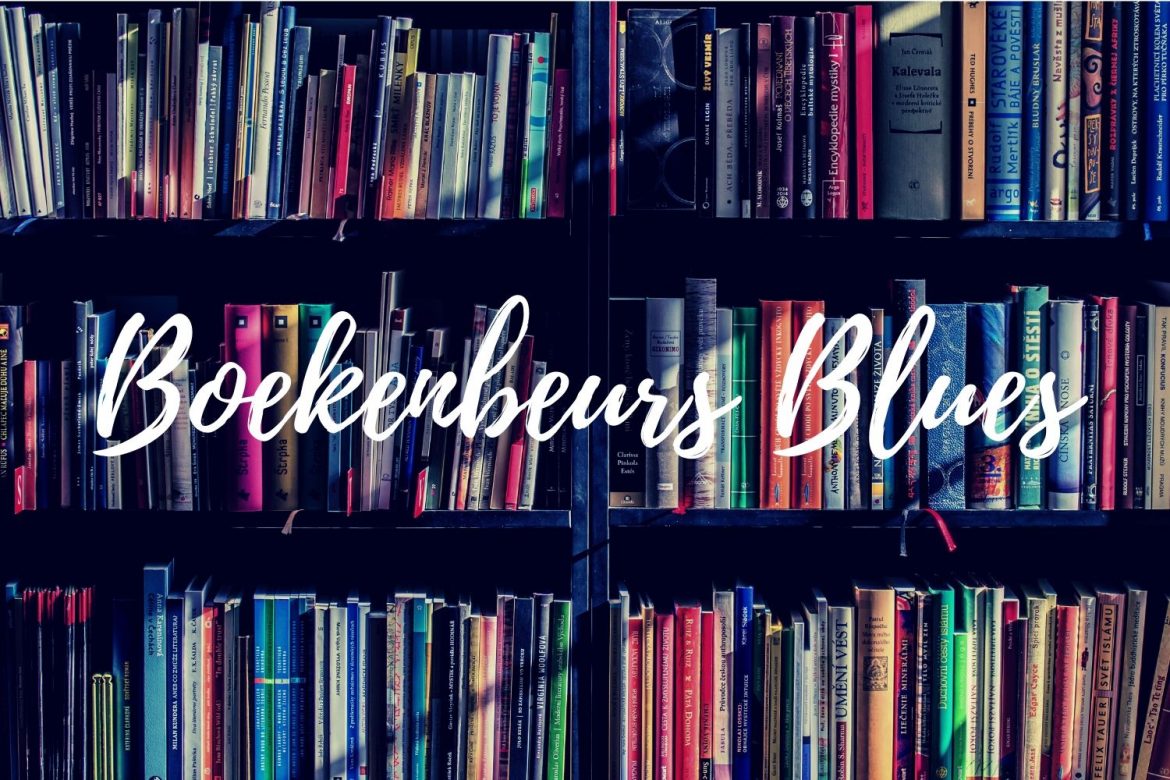 Hi everyone! How was your weekend? As I mentioned before, I visited a big Belgian book fair two weeks ago. It’s called the Boekenbeurs and it always gets plenty of media attention here. But I had some thoughts about it all. Don’t worry if you’re not familiar with this particular fair though, I’ll be talking about some general issues about reading culture as well!

So let’s start with this: what is this Boekenbeurs? It’s basically the biggest book fair in Belgium (or at least, the Dutch-speaking part of it, not sure about the French-speaking part of the country) and happens every autumn, in the city of Antwerp. There’s a big expo center with 4 halls and all the important Belgian/Dutch publishers and some book stores have a booth where you can browse their books. There are also lots of workshops, author talks and signing sessions.

This year, the event ran from October 29th to November 3rd and again from November 6th to November 11th. When you visit the fair in the weekend, it’s pretty crowded. But on work days, it’s waaaay calmer (which is what I did this year and it was so much nicer!). Unfortunately for the Boekenbeurs, the visitor numbers have been decreasing steadily over the last couple of years. These are the visitor numbers I found online:

As you can see, that’s a pretty steep decline in just a few years. One of the most-heard complaints is the cost. Adults pay 10 euro for a ticket, children aged 12-17 pay 6 euro (there are also cheaper tickets for elderly people, students, and so on). But imagine visiting the fair with a family of 2 adults and 2 children, that’s 32 euro before setting a foot inside the venue. Add to that the pretty expensive food and drinks: a cheese sandwich (just bread and cheese, no veggies or anything) and a small bottle of soda cost me over 8 euro.

Complaints about the prices are the reason the organizers introduced a family ticket, offering a discount for families (25 euro for max. 2 adults and 4 children aged 12-17). That makes it a bit more affordable to visit the fair with your kids. The focus of the fair also shifted from cookbooks to children’s books this year.

Because you see, these last few years, the Boekenbeurs appeared to be mainly about cookbooks. They were the biggest hype in the Belgian book world, and these chefs have become incredibly famous. But the hype is kinda over now, so it’s only normal that the focus of the fair shifts away from them as well.

I do applaud the increased focus on children’s books. I firmly believe that it’s important to encourage children to read, because it is – among other things – good for their language skills, their imagination and even their empathy. We should all read more, to be honest, but I’ll keep that rant for a future post.

While the increased focus on children’s books is a step in the right direction, there are still a lot of issues with what the Boekenbeurs has to offer, in my opinion.

First of all, the same book can often be found at several booths. And yes, I understand that when a book is a bestseller it is beneficial for a booth to sell it. But it also takes away a spot of a different book.

And plenty of space is taken up by non-fiction books, books about history (especially the Second World War, so many books about that one!), culture and yes, cookbooks. So if the “fiction shelves” then all offer the same book, there’s not an awfully big range to choose from.

Within the fiction shelves, there are 2 major hypes: thrillers and Santa Montefiore-esque novels. Where other books are often only available in 2 or 3 copies, these are literally stacked in piles or spread out across an entire display shelf.

Another popular subgenre: books by white male authors over 40, about their miserable childhood and/or midlife crisis. And these often get highly visible spots on the shelves, creating the impression that you *have* to read those if you want to call yourself a Reader-with-capital-R.

Where are my fantasy books at?!

Meanwhile, fantasy is a lot harder to find at the Boekenbeurs, especially targeted at adults. Which adult fantasy books did I spot? A Song of Ice and Fire and The Lord of the Rings, both of which were available at several booths. There was also a slightly bigger range of young adult fantasy novels, but it still wasn’t impressive. In fact, I ended up only buying one book from my Most Wanted list (Neal Shusterman’s Thunderhead).

And here I can’t help but wonder: is this solely a matter of offer and demand? Fantasy is often looked down upon by People Who Know Literature, like it’s something frivolous and lacks substance. Whereas the genre has so much to offer. Yes, A Song of Ice and Fire – to name but one example – has dragons and ice zombies, but it also has so much political intrigue and morally ambiguous characters.

Unfortunately, if fantasy is hidden away in a dark corner and shrugged off as something for nerds, people will never discover the wonderful worlds, characters and themes it has to offer. I understand that it might not be as easy to read as your run-of-the-mill thriller – because you have to build this new world in your mind from scratch -, but trust me when I say it is definitely worth the effort of diving into these new worlds.

I am absolutely convinced of the fact that there’s a book for (almost) everyone to enjoy. If we let people choose freely what they want to read, that is. I think I’ve mentioned this before, but at one point in high school I stopped reading for fun. As a kid, I loved adventure novels with a bit of magic, but then in high school we *had* to read books from a mandatory reading list filled with white male authors writing about everyday misery. This gave me the impression that’s what adults must read: “This is real literature, not that childish nonsense drivel”. And guess what? I hated those books and they turned me off of reading for a few years. Until I picked up a fantasy novel about the women of Camelot. And after that, there’s been barely a day where I didn’t read.

So teachers, literary journalists, bookstores, publishers and book fairs should try to look beyond what is deemed “literature”. I am pretty sure that there are more people who would enjoy fantasy novels than we often think. If we show them the enormous range within the genre, that is. As long as the view persists that fantasy is all about dragons and bearded wizards, it will be hard to draw people in. But the genre is so much more (I might write some posts about this soon)!

And I know it’s a risk for publishers to buy rights to fantasy stories and publish them, especially in a small market like the Belgian/Dutch one. I absolutely do. But if you can create a hype about the latest cookbook or spy novel (or heck, shove 19 different books about gin in people’s faces), I’m pretty sure you can create some buzz for a fantasy novel as well. And who knows where that might lead to?

Whew, this ended up being a bit longer than expected, and I could probably keep going for a while. But I’ll leave it at this, I think this is enough food for thought as it is. How’s the situation in your country? Do you have a Boekenbeurs-like book fair? Is fantasy accepted there? Or is there one genre that gets all the attention? Let me know in the comments below!