The Bone Season – Dystopia with ghosts 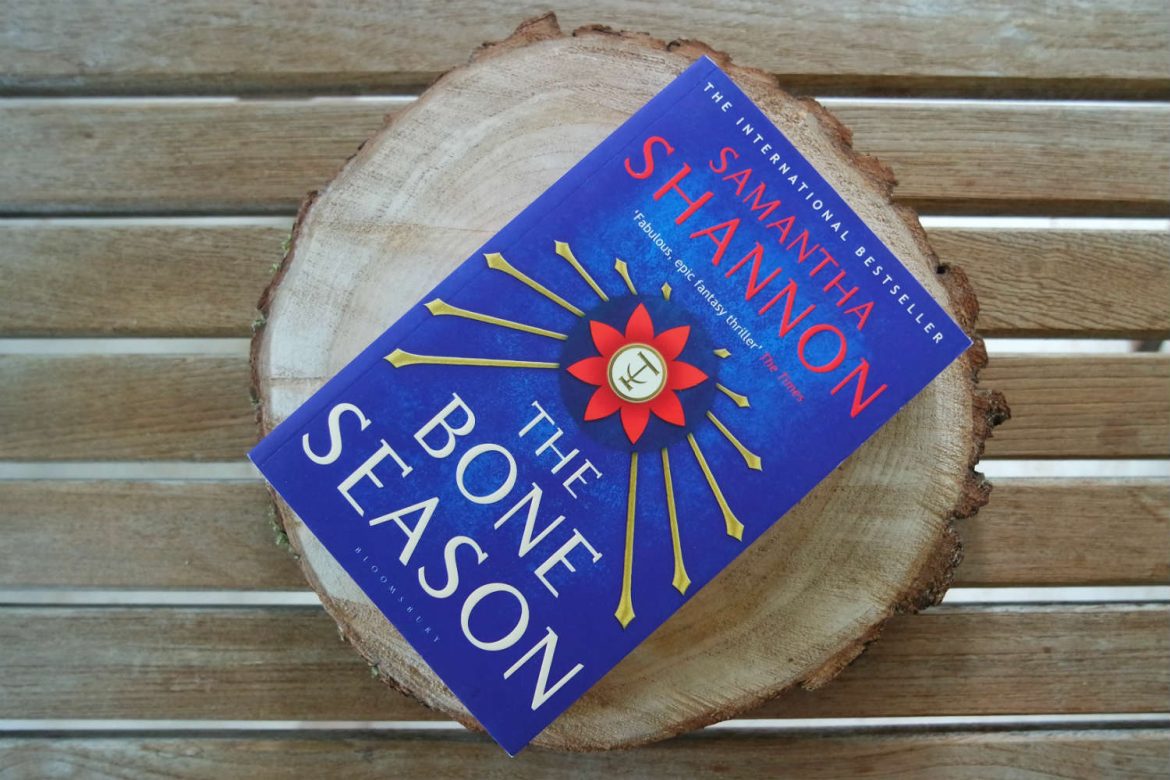 Imagine a world where clairvoyants exist, but are outlawed by the totalitarian government. Life as a dreamwalker can hardly get any worse, right? Oh, but it can, as Paige will soon find out in The Bone Season.

The year is 2059. Paige Mahoney is a dreamwalker, meaning she can read minds. But all sorts of clairvoyants are outlawed by Scion, the ruthless society she lives in. She works in the criminal underworld until her life gets turned upside down when she is captured and brought to a penal colony that is ruled by mysterious creatures that are not quite human.

With Scion, Samantha Shannon has created a very complicated world, in an alternate and dystopian version of future London. This sounds exciting, but unfortunately, in the first chapters of The Bone Season we’re greeted by a huge infodump. Especially the types of clairvoyants made it very confusing for me. Yes, there is a chart at the beginning of the book, but it’s more intimidating than enlightening. Therefore it took me a while to get into the story.

The story itself follows a rather typical pattern in (dystopian) Young Adult fiction: our main character is special, but doesn’t have full control over her powers. She is taken prisoner and immediately it’s clear that the leader of the Rephaim will be her nemesis. Her keeper on the other hand is described as “the most beautiful and terrifying” thing or person she has ever seen. So if you think this is setting up the stage for a love story, you are absolutely right.

The romance was a bit predictable and didn’t really appeal to me. It’s supposed to be a slow burn, from captor-captive to lovers, but it didn’t feel natural to me. Yes, they slowly grow closer and Paige learns the Rephaim aren’t all monsters, but the writing didn’t really convey her budding feelings for Warden/Arcturus.

Don’t expect to get a lot of answers at the end of The Bone Season. It’s only the first part of a series of seven (yes, seven!) books. So while the stage is set for the sequel, we are left with many loose threads. Luckily, parts 2 (The Mime Order) and 3 (The Song Rising) are available as well, hopefully they’ll teach us more about the clairvoyants, Scion and the Rephaim.

EVEN A DREAMER CAN START A REVOLUTION. Nineteen-year-old Paige Mahoney works in the criminal underworld of Scion London. Her job: to scout for information by breaking into people's minds. For Paige is a dreamwalker, a clairvoyant and, in the world of Scion, she commits treason simply by breathing.The New York Times and Sunday Times bestseller also includes an exclusive excerpt of the sequel, The Mime Order.