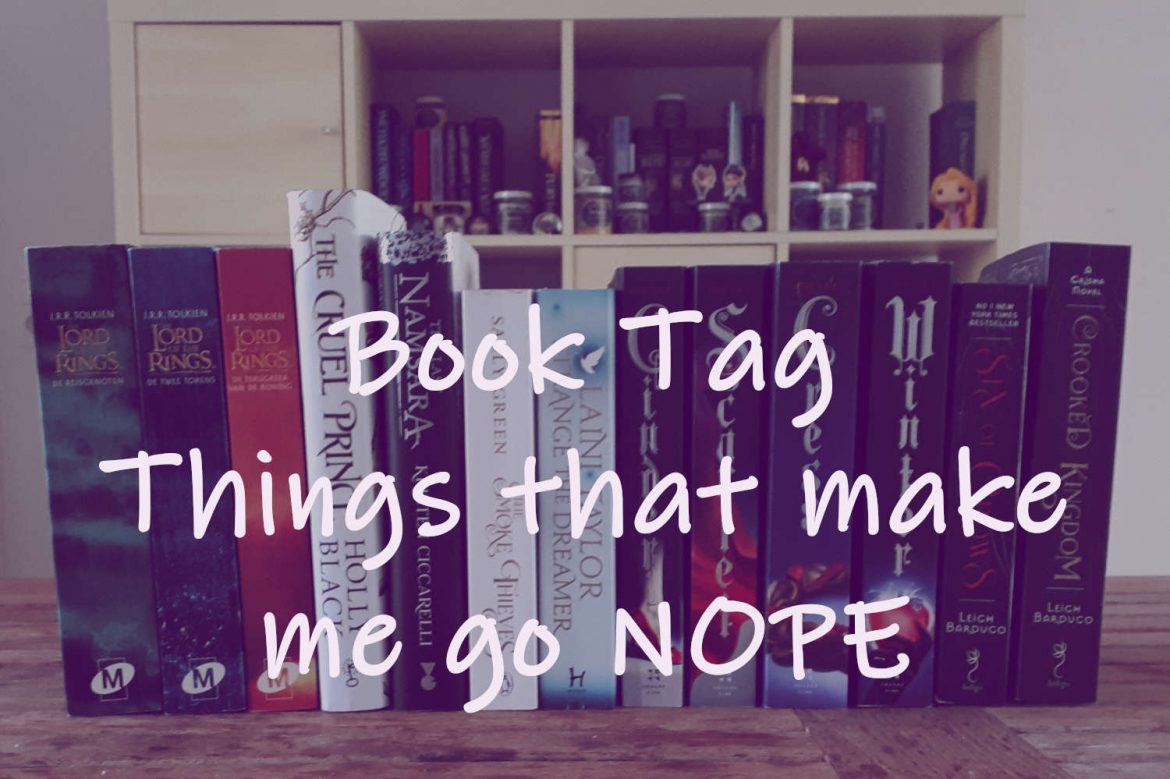 It’s day 14 of The Horrible Reading Slump and I’ve only read about 6 chapters of Godsgrave so far. Which is a shame, because I loved Nevernight so much, and this sequel appears to be just as great. But with the summer heat, the World Cup and the Tour de France (yes, big sports fan here!), I’m just not in the mood to read… So it’s time for a book tag instead! I found this NOPE tag over at The Little Booknerds (although I have no idea who originally created it), and it looks fun. Here we go!

NOPE. Ending: a book ending that made you go NOPE either in denial, rage or simply because the ending was crappy.

American Gods. I know Neil Gaiman is a beloved author of many, and I myself loved Stardust (the movie, haven’t read the book yet), but American Gods was – to put it mildly – not my cup of tea. It was all so vague, but I kept reading, hoping for the ending to tie everything together. Unfortunately, it was such an anticlimax. I won’t spoil it here, but the ending left me thinking “was this it?”.

NOPE. Protagonist: a main character you dislike and that drives you crazy.

Aelin from Throne of Glass. Now before you start shouting at me, hear me out: for a supposedly brilliant assassin she does almost no assassinating (in the first 2 books), and afterwards her whole act of “HAH! This was the plan all along, I tricked everyone, including my allies” seriously got on my nerves. Then why do I keep reading this series, you ask? Because of the other characters. I adore Manon, Elide, Lysandra, Dorian and Chaol!

Elain and Lucien from A Court of Thorns and Roses. The one thing that bothers me about this series, is the whole mate stuff. It feels like you don’t have any say in the matter, it’s like fate decides who you should be with. And while Feyre/Rhys and Nesta/Cassian seem like great pairings, I just don’t feel it with Elain and Lucien. So I’m going to sit here and hope for Elain to break the mould and choose her own partner. By which I mean: pick Azriel, he deserves to be happy. And they would make a great couple!

The one (or rather the handful) at the end of Nevernight. I loved the entire book, but that ending was something else. Betrayal, unexpected character deaths,… I didn’t see any of it coming and it was great! 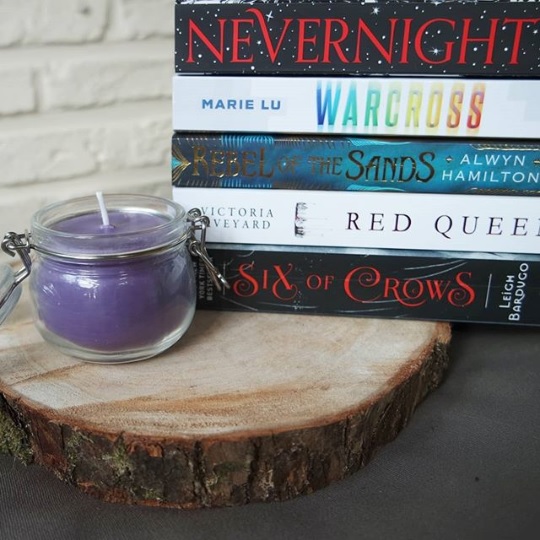 NOPE. Genre: a genre you will never read.

Horror. I have a very vivid imagination and I still sometimes have nightmares about scary movies I watched 10 years ago. I don’t mind some blood and gore in my books (see Nevernight, for example), but the atmosphere of impending doom and monsters lurking in the shadows are bad for my heart.

NOPE. Book Format: book formatting you hate and avoid buying until it comes out in a different edition.

Audiobooks, I guess. As I’ve mentioned before, I’ve only tried listening to audiobooks once, but I kept falling asleep. I prefer to read a story myself, so I can take the time to soak up all the beautiful prose.

NOPE. Trope: a trope that makes you go NOPE.

Insta-love. I love hate-to-love because it creates a lot of tension between the two characters (and internally in the minds/hearts of those characters as well), but insta-love… Ugh, it’s so boring. Give me some struggle please!

NOPE. Recommendation: a book recommendation that is constantly pushed at you, that you simply refuse to read.

Not a specific book, but rather the entire Santa Montefiore style of contemporary romances. It’s not that people push her books at me, but I keep seeing them everywhere and it seems here in Belgium everyone is crazy about them. I want my books to take me away from reality, instead of dragging me into some drama that might happen in my own neighbourhood.

NOPE. Cliche: a cliche or writing pet peeve that always makes you roll your eyes.

“I let out a breath I didn’t realise I was holding.” It’s so overused, especially in YA books. Once you start paying attention to it, you’ll see how often it pops up. And it just doesn’t make sense, how do you not realise you’re holding your breath? Don’t you get dizzy after a few seconds? 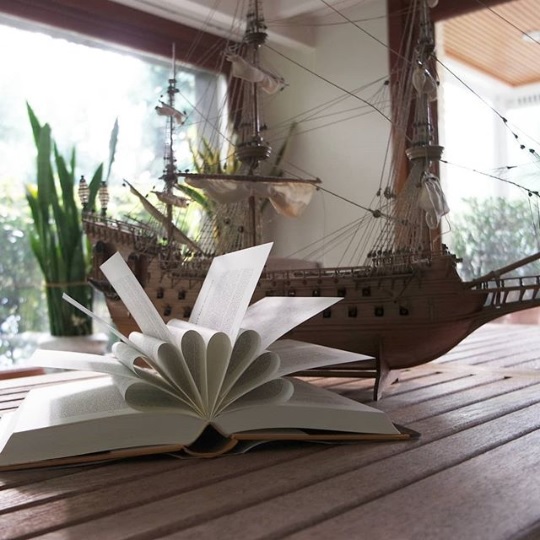 NOPE. Love Interest: the love interest that’s not worthy of being one.

Mal from The Grisha Trilogy. I have such a crush on Nikolai and think the Darkling is an intriguing character, but Mal? Nah. He’s the most boring out of the three guys and his behaviour really got on my nerves.

NOPE. Book: a book that shouldn’t have existed

I usually think every book has the right to exist, but there is one exception. 50 Shades of Grey is an absolute abomination: the writing is horrible, the characters are annoying, and the story glorifies an abusive relationship. I’m so sick and tired of this whole “you can convert the douchebag into a perfect prince if you only love him enough” crap. I can go on about how damaging this story is, but maybe I should save that for another time.

NOPE. Villain: a villain you would hate to cross.

Queen Levana from The Lunar Chronicles. She has the power to control people, not just with her glamour magic, but also with her political cunning. And isn’t that the scariest?

NOPE. Death: a character death that still haunts you.

Oberyn Martell in A Song of Ice and Fire. When we first met him, there had been so many character deaths already and I should have been prepared for it. But I really liked the Viper and I wanted him to get his revenge on the Lannisters, so his early demise crushed my heart as much as the Mountain crushed his head.

NOPE. Author: an author you had a bad experience reading for and have decided to quit.

Lana Popovic. Wicked Like a Wildfire sounded promising, but I just couldn’t stand the writing. It was extremely descriptive, with mentions of every single scent and taste the main character came across. It took me ages to get through the book, and while the ending was decent, it didn’t make the journey worth it.