Traversing Chapters > Reviews > Caraval – Just a game, or not?

Caraval – Just a game, or not? 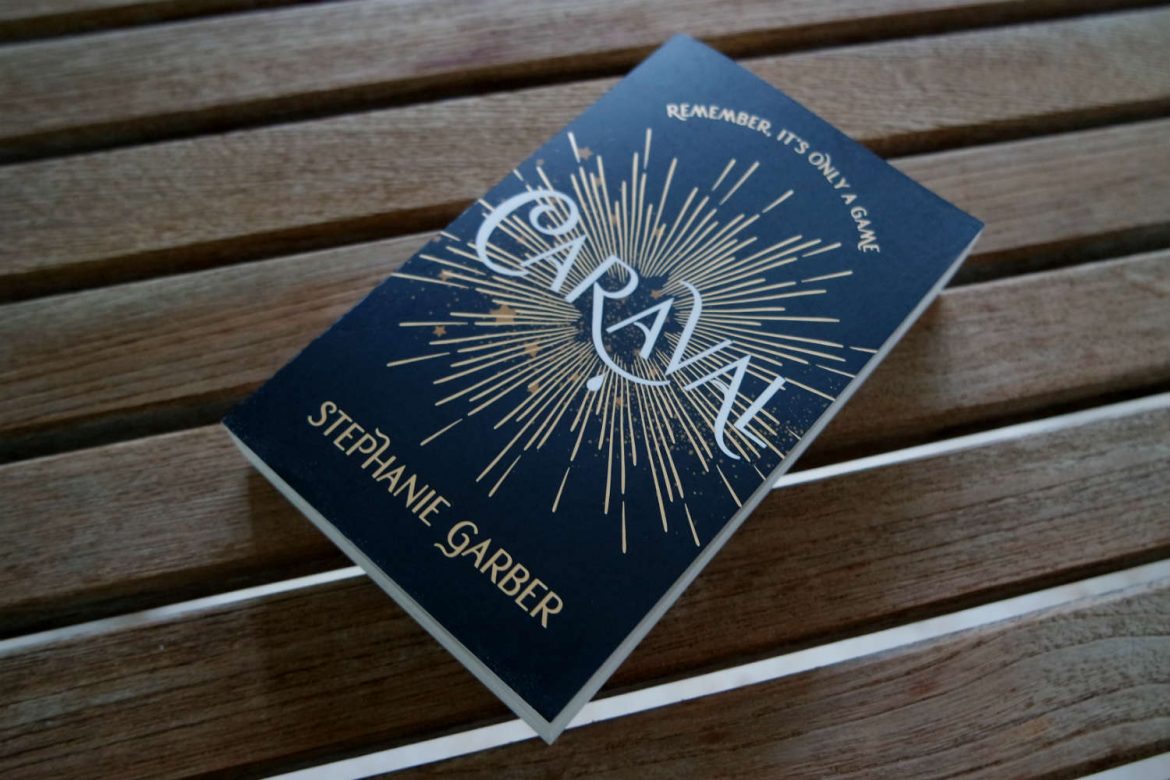 Caraval was one of the most popular books of last year. Everyone kept raving about how amazing it was. But I find myself conflicted about it, to be honest. Sure, I can see its appeal, but there are also a few elements I didn’t like. So let’s dive right in, shall we?

Scarlett and her sister Donatella (Tella for short) have been dreaming about visiting Caraval for years. A week before Scarlett’s wedding to a count she’s never met, their invitation finally arrives. But when Tella is kidnapped, Scarlett discovers the mysterious world of Caraval is not as fun as she first thought. The search for her sister leads her to dark places that make her doubt her own sanity.

First of all, I really liked the idea of Caraval. It’s a sort of circus with performers in a fantasy version of Venice. Visitors take part in the story and have to solve a mystery. The prize? A wish. Only, who is a visitor and who is a performer? What is real and what isn’t? This confusion, along with intriguing characters like the fortune-teller, make Caraval a wonderfully entertaining story. We only know as much as Scarlett does and just like her, we are often mistaken.

But as wondrous as Caraval may be, there is one major issue with this world. A lack of world-building. It’s not just Caraval itself, but the outside world as well. Scarlett and her sister live on one of the so-called Conquered Isles. Conquered by who? Do these Isles have a special status? We aren’t given any explanation whatsoever.

The biggest (and most annoying) example of this lack of world-building comes at the end of the story. One of the characters tries to explain how death works inside Caraval. And it literally goes like this: “(…) didn’t know the particulars as to how it worked. It was one of those things that people didn’t really talk about.” Yes, a MAJOR plot point, that impacts several characters in this book, is explained away as “oh, I don’t know either, it just is like this, lol, deal with it”.

Furthermore, the main character can see emotions as colours. Why? Because she is a special snowflake. This leads to tons of purple prose and silly similes: “Something acidic and moldy and burnt bubbled up through Scarlett’s throat – the taste of death.” This book is full of descriptions like this one. I like to savour every word in a book, but here I found myself skimming some passages. Let me tell you, that’s not a good sign.

The main character also gets a love interest. The guy itself seemed okay. I mean, sure, he kept secrets and even lied to Scarlett, but I couldn’t help liking him. Oh, in case you are wondering what Julian looks like, Scarlett doesn’t pass up a chance to describe his perfect golden muscles and jawline. Yes, we get it, girl.

The romance wasn’t bad, but it also didn’t sweep me away. Maybe I have high standards (I totally blame ACOTAR’s Rhysand!), but this just didn’t do it for me. I think it may have been because we never really learn all that much about Julian. Who is he? Even at the end of the book, we still have no idea.

And this is true for so many characters. They get a name and a face, but that’s about it. It doesn’t help that everything we think we know is constantly being proven wrong. That makes it hard to know what is real and what isn’t. And while the uncertainty is part of what I liked about the book, there is also such a thing as too much rug-pulling. I don’t need every single chapter to have a plot twist, thank you very much. That just makes it tiring and difficult to focus.

This was a difficult review to write, honestly. There were elements I loved and others I hated, leaving me somewhere in the middle about this book. I wish I could say I liked it better than I did, but I’m afraid I have to say I’m not on the Caraval hypetrain. However! The final page offered a very intriguing cliffhanger and I’ll probably give the sequel, Legendary (to be released in May this year), a chance. If only to finally find out more about the mysterious Caraval Master Legend.

Welcome to Caraval, where nothing is quite what it seems. Scarlett has never left the tiny isle of Trisda, pining from afar for the wonder of Caraval, a once-a-year week-long performance where the audience participates in the show. Caraval is Magic. Mystery. Adventure. And for Scarlett and her beloved sister Tella it represents freedom and an escape from their ruthless, abusive father. When the sisters' long-awaited invitations to Caraval finally arrive, it seems their dreams have come true. But no sooner have they arrived than Tella vanishes, kidnapped by the show's mastermind organiser, Legend. Scarlett has been told that everything that happens during Caraval is only an elaborate performance. But nonetheless she quickly becomes enmeshed in a dangerous game of love, magic and heartbreak. And real or not, she must find Tella before the game is over, and her sister disappears forever.