Children of Blood and Bone – Review 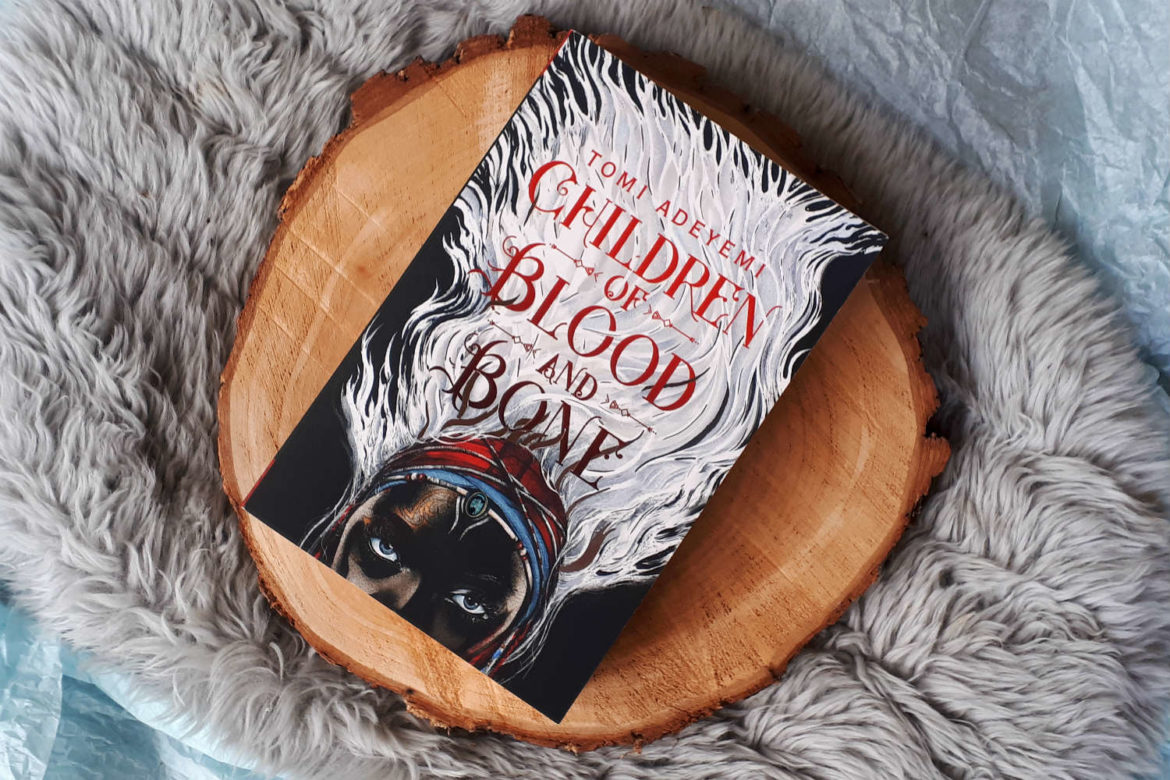 Hi everyone! How was your weekend? I hope your week is off to a great start! Remember my trip around the world in fantasy books, that I wrote about two months ago? In that post, I promised that I would soon read Children of Blood and Bone, by Tomi Adeyemi. Well, I did what I promised, and here’s what I thought of this novel!

Zélie still remembers when the soil of Orïsha hummed with magic. But one night, the magic disappeared. The king ordered the maji killed, leaving Zélie without a mother and her people without hope. Now, Zélie has one chance to bring back magic and strike against the monarchy. With the help of a rogue princess, she has to outrun the crown prince, who wants to eradicate magic for good.

Children of Blood and Bone was one of the most popular new books in 2018. Tomi Adeyemi won the Goodreads Choice Award for best debut and several other awards. And as always with these books that get tons of critical acclaim, I was so nervous about reading it that it remained on my shelf for over a year.

But I finally picked it up… and really enjoyed it! I loved the setting inspired by Nigerian culture. As I mentioned a few months ago, I need to read more books inspired by African settings. It was great to read a story with all these influences that widen your world view.

And while this is a fantasy story in a made-up world inspired by Western Africa, the author has woven themes of racially-motivated violence and outright racism in the US into her story, but without sounding patronising about it. I always love it when authors use their fictional stories to touch on real-world issues, so that’s an extra reason to love this book.

Now, to be honest, the plot itself is a bit generic. A girl from an oppressed people who gets one chance to save their world (or in this case, bring back magic), which sets her on a journey across the continent with an unlikely ally? Let’s be honest, we’ve all read this before.

The execution was still entertaining. The story is told through three POVs: Zélie carries the memories of the Raid that killed her mother, and now takes on the burden of trying to bring magic back; Amari is a princess who doesn’t really fit in at court; and Inan is a prince who craves his ruthless father’s affection and approval. These characters all have great arcs and I loved reading all three POVs.

However, there is a romance plot and that felt a bit rushed. Generally speaking, I’m a sucker for storylines in which the hero and the antagonist have to fight their mutual attraction. But here it felt a bit rushed. They saw each other twice in a dreamscape and BAM! They’re in love! Not that it is smooth sailing from then on. Oh no, anything but. But that initial falling-for-each-other part happened a bit too quickly for my tastes.

That’s why I can’t give Children of Blood and Bone the full 5 stars, but it’s definitely a solid 4. And I’ve already added the sequel, Children of Virtue and Vengeance, to my TBR list. In the future, there will be a third (and I believe final) book in this series, but we don’t have a title or release date yet.

Zelie Adebola remembers when the soil of Or sha hummed with magic. Burners ignited flames, Tiders beckoned waves, and Zelie s Reaper mother summoned forth souls. But everything changed the night magic disappeared. Under the orders of a ruthless king, maji were killed, leaving Zelie without a mother and her people without hope.