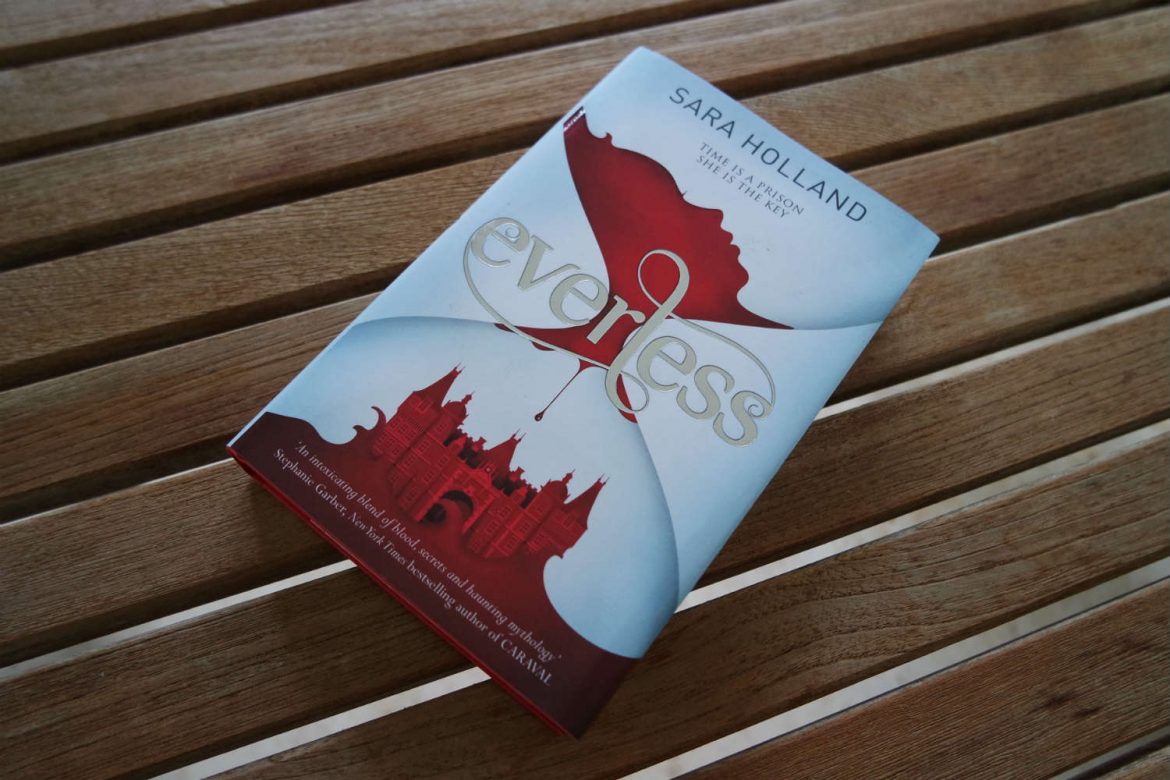 What if time was a currency that is extracted from your blood? This is the intriguing idea behind Everless. Poor people let time lenders draw blood (and with it days, months or even years of their lives) to pay their taxes to the ruling families, who in turn consume this blood to retain their youth.

Sara Holland creates a world where people constantly have to worry about how much time they have left, and how much they can spare. In this world, we meet Jules, a desperate young woman who decides to become a servant for the Gerling family, which she and her dad fled years ago.

Roan Gerling, her best friend during childhood, is engaged to Ina Gold, ward of the Queen. At Everless, the family’s estate, the preparations for the wedding are in full swing. But Jules soon finds out there is a lot more going on.

I loved the concept of your lifespan as currency. It makes you think of how much things mean to you, how much time you’re willing to sacrifice for the ones you love. Kudos to Holland for this!

More than meets the eye

What’s more, Holland sets up tropes we’re all familiar with, but she then plays with them. The obvious romance turns out to be not so obvious after all. In fact, I ended up not really liking the main love interest. The romance wasn’t really compelling either (partly because of my dislike for the guy), but I don’t think it was meant to be.

And just like the good guys, the bad guys aren’t quite what they seem either. I did predict 2 of the big plot twists, with 2 characters being revealed as not quite what Jules thought. But there was also another big reveal that I didn’t see coming and that takes the story and characters to a whole new level for the sequel.

What I did miss, were character descriptions. We sort of know what Roan and his brother Liam look like (or how you can tell them apart), but I have no idea what our main character looks like. Despite that, I liked Jules. She was a strong young woman who – gasp! – didn’t hate her crush’s betrothed. On the other hand, she had a big Too Stupid To Live moment early on. My father risked his life to tell me to stay away from the Queen? Better get myself hired as a servant to the Queen!

For a debut, this was definitely a great book! Not perfect by any means, since there were some issues, but it does make me look forward to the sequel.

Time is a prison. She is the key. Packed with danger, temptation and desire - a perfect read for fans of The Red Queen. In the land of Sempera, the rich control everything - even time. Ever since the age of alchemy and sorcery, hours, days and years have been extracted from blood and bound to iron coins. The rich live for centuries; the poor bleed themselves dry. Jules and her father are behind on their rent and low on hours. To stop him from draining himself to clear their debts, Jules takes a job at Everless, the grand estate of the cruel Gerling family. There, Jules encounters danger and temptation in the guise of the Gerling heir, Roan, who is soon to be married. But the web of secrets at Everless stretches beyond her desire, and the truths Jules must uncover will change her life for ever ... and possibly the future of time itself. 'Sara Holland is a fierce storyteller. An intoxicating blend of blood, secrets, and haunting mythology, Everless gives new and terrifying meaning to the phrase running out of time.' Stephanie Garber, New York Times and Sunday Times bestselling author of Caraval