Flame in the Mist – Review 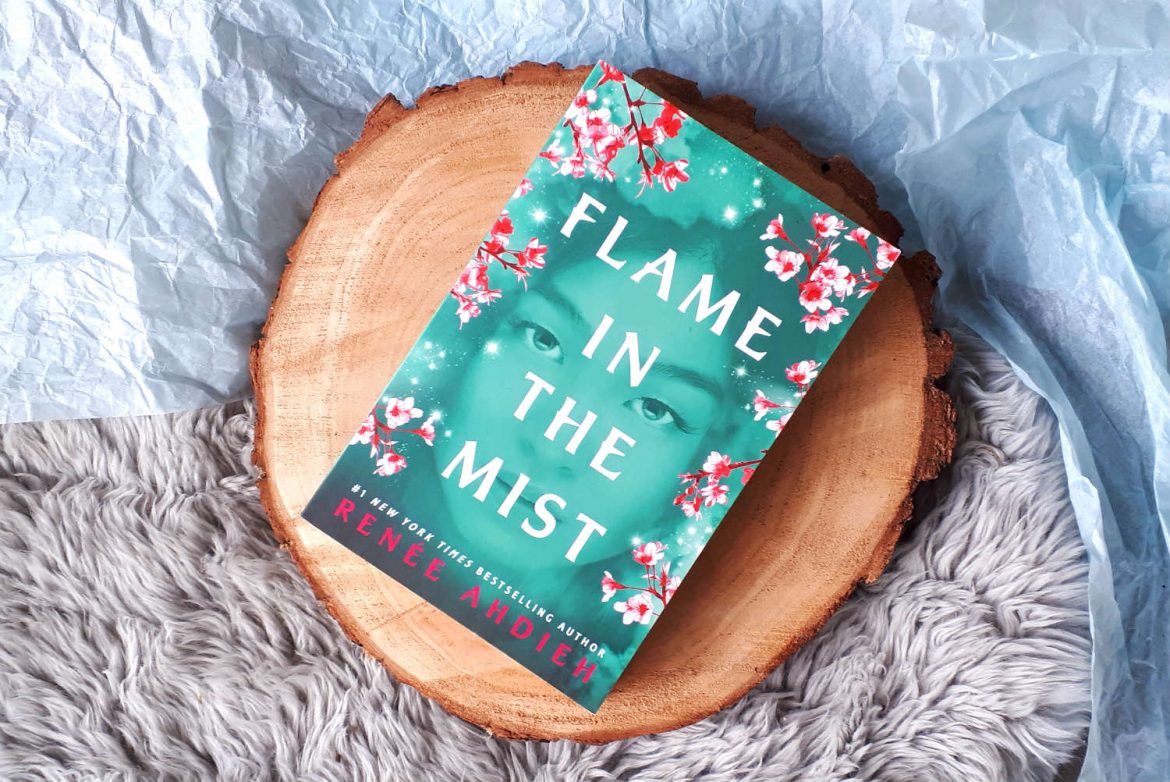 I love YA fantasy novels, I love retellings and I absolutely love Disney’s Mulan. Soooo you can imagine how excited I was to finally read Flame in the Mist by Renée Ahdieh, which combines all of these. But did this mix work? Here’s my review of Flame in the Mist!

Mariko is the daughter of a prominent samurai. But while her brother Kenshin is raised to follow in their father’s footsteps, Mariko has only one purpose: to marry. Despite her cunning and skills as an alchemist. On her way to the imperial city, her convoy is attacked by the Black Clan, a dangerous group of bandits. Mariko is the only survivor and decides to dress as a boy to infiltrate the Black Clan’s camp. But there she discovers what it’s like to be appreciated for her intellect and abilities.

This is often called a Mulan retelling (I mean, I did so too in my introduction), but it’s actually set in feudal Japan instead of China. And she doesn’t go to war. But yeah, it’s Asian-inspired and our main character pretends to be a boy. And then she meets A Guy. This is not a spoiler, because *of course* there’s a love story here.

Let me just say I adore this love story. It’s obviously a slow burn, because Mariko is there to learn about the Black Clan to bring them down, while they think she’s a boy. And slow burns with an added enemies-to-lovers is right up my alley!

And the characters! Personality-wise, Mariko is a fairy typical YA heroine, but her talents aren’t with a blade. And I’m so happy with that! Making her clever and resourceful, instead of having her swing a sword to solve all her problems, makes her so much more relatable. And her love interest! I was swooning from the moment he first showed up. And then there’s Mariko’s brother Kenshin, who is an intriguing guy. He clearly cares about his sister, but he’s also cruel. He’s a morally grey character and I wasn’t always sure what to think of him.

The story itself isn’t terribly original. If you’ve watched Mulan and read a few YA fantasy novels, you can see where Mariko’s plot line is going. But there are some other events afoot as well, and that’s not as clear yet. We mainly see the story through Mariko’s eyes, with occasional short POVs from other characters: her brother, the leaders of the Black Clan, and people in the imperial palace. And it’s this last storyline that’s not quite clear yet.

There’s definitely something sinister going on, but I honestly have no idea what. I guess we’ll have to read the sequel Smoke in the Sun to find out! And that’s my biggest complaint about this Flame in the Mist: that there are so many loose ends. Not just in the story (I mean, without loose ends in the story you wouldn’t need a sequel, right?), but also in the world building. What’s up with the magic? I am confused about how this works. So hopefully we’ll get some answers in the second book.

Finally, I want to talk about the writing. Flame in the Mist is the first book by Renée Ahdieh that I’ve read, and I fell in love with her writing. It’s beautiful and mesmerizing. It pulled me in and had me reading for hours without even realizing it. And at one point, I noticed I had stopped caring about the minor flaws of this book.

Because of the predictable main storyline and the unfinished feeling of this world, I can’t quite give Flame in the Mist the full 5 stars. But it definitely deserves 4!

The only daughter of a prominent samurai, Mariko has always known she’d been raised for one purpose and one purpose only: to marry. Never mind her cunning, which rivals that of her twin brother, Kenshin, or her skills as an accomplished alchemist. Since Mariko was not born a boy, her fate was sealed the moment she drew her first breath.

So, at just seventeen years old, Mariko is sent to the imperial palace to meet her betrothed, a man she did not choose, for the very first time. But the journey is cut short when Mariko’s convoy is viciously attacked by the Black Clan, a dangerous group of bandits who’ve been hired to kill Mariko before she reaches the palace.

The lone survivor, Mariko narrowly escapes to the woods, where she plots her revenge. Dressed as a peasant boy, she sets out to infiltrate the Black Clan and hunt down those responsible for the target on her back. Once she’s within their ranks, though, Mariko finds for the first time she’s appreciated for her intellect and abilities. She even finds herself falling in love—a love that will force her to question everything she’s ever known about her family, her purpose, and her deepest desires.