Forest of a Thousand Lanterns – Long live the antihero 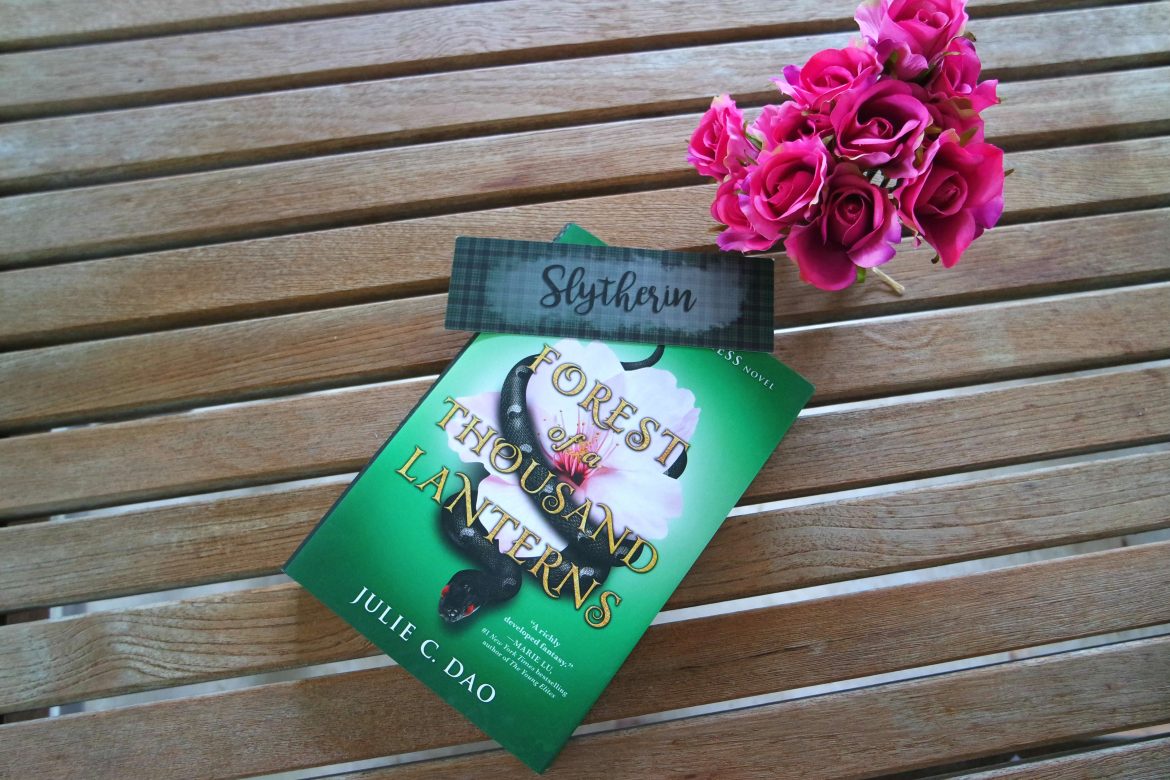 How far do you want to go to fulfill your destiny? In Forest of a Thousand Lanterns we follow the journey of a young woman with one ambition: becoming empress.

We first meet Xifeng and her aunt Guma in their small village. But this village is too small for Xifeng, whose future is spelled out clearly in the cards: she is to become the empress. So she leaves her Guma behind and sets out for the royal palace. There she gets a job as serving girl, but ambitious Xifeng knows what she wants and isn’t afraid to go for it.

Forest of a Thousand Lanterns is the first part of a series called Rise of the Empress. It’s set in a fantasy version of East Asia and is in fact a retelling of the Evil Queen story. Evil, yes. So don’t expect to like Xifeng. She’s an antihero who learns how to manipulate people to get what she wants.

Set-up for the sequel

I didn’t really connect with Xifeng, but I still enjoyed the story. Yes, she’s not exactly the kind of main character I usually love, but she only does what the other women in the palace do.

It’s a fantasy story and that means there are some supernatural sides to it. In Xifeng’s case that’s an inner voice telling her to do evil things. It’s interesting to see the conflict between this voice and Xifeng’s reluctance to obey. It takes you along on her journey from fairly naive young woman to full-on Evil Queen who mercilessly deals with her rivals.

To be fair, this is only the first novel in this series, so it takes a while to see the parallels to that Evil Queen story, but by the end it’s quite clear who will be Xifeng’s main adversary in the next books.

All things considered I gave Forest of a Thousand Lanterns 4 stars. I loved Julie C. Dao’s writing and the setting, but I didn’t really connect with the main character. But I’m still curious to see where this story leads in the next (as of yet untitled) installment.  According to Goodreads, that one should be released in 2018.

Set in an East Asian-inspired fantasy world, this reimagining of the Evil Queen legend is about one peasant girl's quest to become Empress and the darkness she must unleash to achieve her destiny.