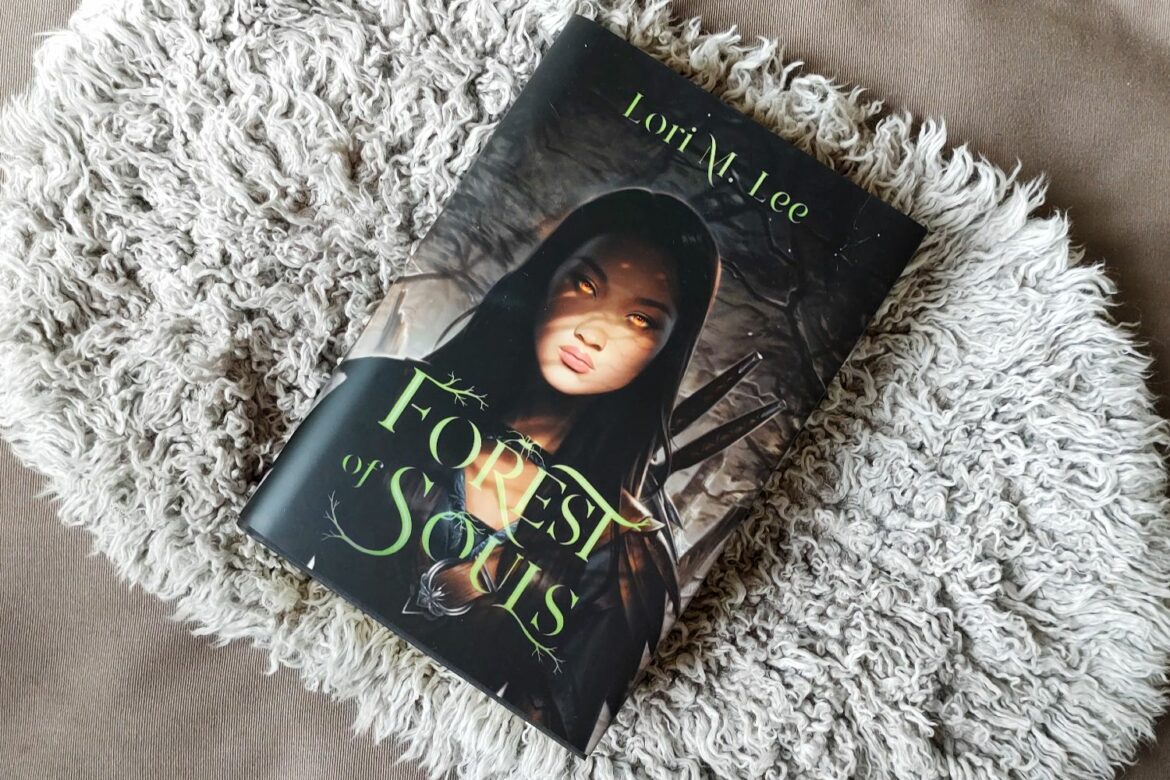 Hi everyone! Today’s post is a book review for a book I read last year but never got around to reviewing properly (yay for taking short notes while reading!). I received Forest of Souls by Lori M. Lee as the featured book in the June 2020 Fairyloot box and I was intrigued by its promise of shamanism. So what did I think of it? Read on to find out!

Find this book on Goodreads

Sirscha has been training for years to become the queen’s next royal spy, but her plans are derailed when shamans attack and kill her best friend Saengo. And then Sirscha somehow restores Saengo to life, after which she – the first soulguide in living memory – is summoned to the domain of the Spider King. He has used the Dead Wood to enforce peace between the kingdoms, but with the trees growing wild, only a soulguide can restrain them. Now Sirscha must master her abilities before the trees shatter the peace or claim Saengo.

(scroll down to read my opinion)

Soooooo… This book just didn’t do it for me.

There, I said it.

I found the story a bit confusing, to be honest. The plot was all over the place with several elements fighting for attention, and little that seemed to connect them together. Most of the time, I wasn’t sure what was going on. I barely remember anything from this book as I’m writing this (once again, I thank the notes I made while reading) and that’s not a good sign.

I also feel like a map would have helped to picture the world. Unfortunately, this confusing plot is especially bad for a book that is quite plot-driven instead of character-driven.

Because yeah, the main character didn’t feel very fleshed-out. Yes, she wants to be *seen* by other people, and she discovers she has magical powers. But who is she as a person? I wouldn’t be able to tell you.

I also wonder where the whole training-to-be-the-queen’s-spy thing will lead to in the sequel, because here it mainly felt like a device to have Sirscha be an excellent fighter, lockpicker, and someone who can withstand pain better than your average person.

There were some glimpses of her having morally grey traits, but these weren’t explored further, which was a bit disappointing.

Saengo – the best friend – also didn’t feel very well-developed. This is such a shame since Forest of Souls is centered around their friendship and it’s really hard to care about either of them or their connection…

Was it all bad then? No. Theyen was the bright spot in this story, bringing the sass to the table. But he didn’t get a lot of time to shine.

I also liked the fact that there’s no romance in Forest of Souls. There are two male characters who would probably be used as love interests in other YA fantasy novels. So it’s refreshing to see the author go down a different path.

All in all, I never really connected with the characters or the story. I have to admit that the ending – where the plot cleared up a bit – was decent. Not enough to redeem the things I didn’t like, but it left me with an okay feeling. That’s why I rate Forest of Souls 3 stars out of 5.

Danger lurks within the roots of Forest of Souls, an epic, unrelenting tale of destiny and sisterhood, perfect for fans of Naomi Novik and Susan Dennard. "A tantalizing beginning to a rich new fantasy series.” —Traci Chee, NYT bestselling author of The Reader trilogy "Absolutely enchanting.” – Natalie C. Parker, author of Seafire "You won’t want to escape.” – Sarah Henning, author of the Sea Witch "Will leave you shouting sisters unite!” – Mindee Arnett, author of Onyx & Ivory and Avalon Sirscha Ashwyn comes from nothing, but she’s intent on becoming something. After years of training to become the queen’s next royal spy, her plans are derailed when shamans attack and kill her best friend Saengo. And then Sirscha, somehow, restores Saengo to life. Unveiled as the first soulguide in living memory, Sirscha is summoned to the domain of the Spider King. For centuries, he has used his influence over the Dead Wood—an ancient forest possessed by souls—to enforce peace between the kingdoms. Now, with the trees growing wild and untamed, only a soulguide can restrain them. As war looms, Sirscha must master her newly awakened abilities before the trees shatter the brittle peace, or worse, claim Saengo, the friend she would die for.