Furyborn – Beware of the prophecy 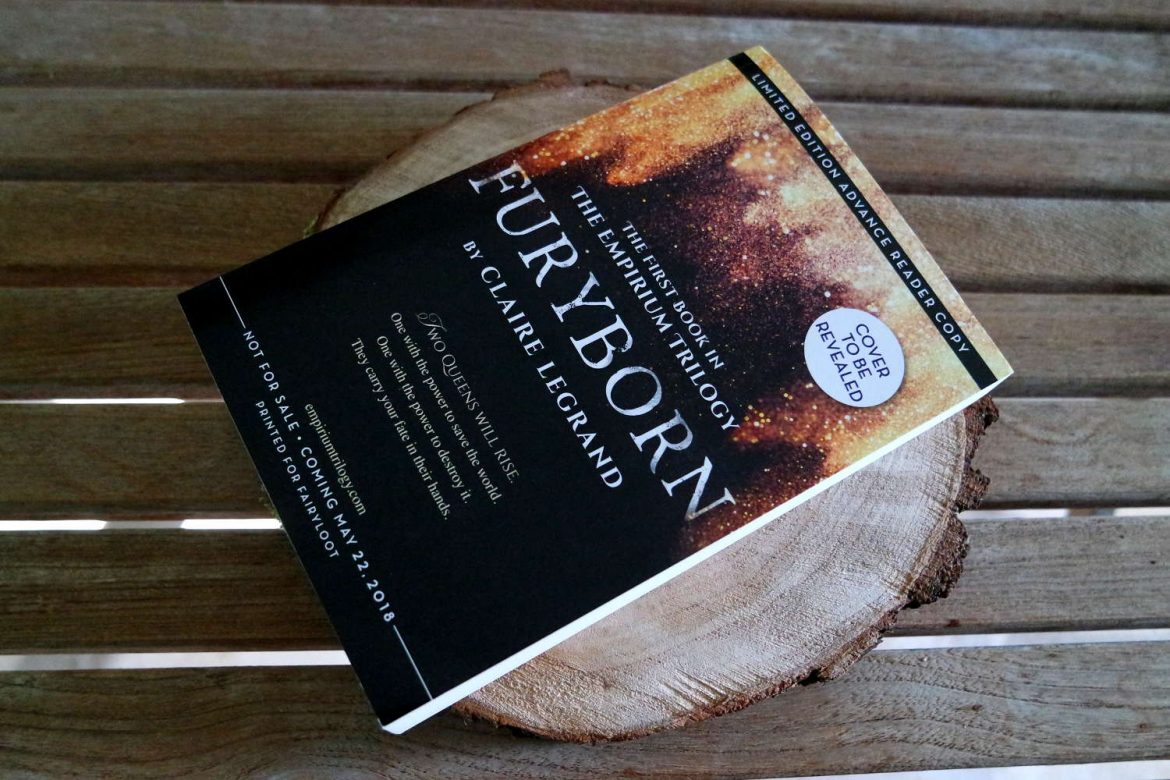 In Furyborn, we meet two young women, living a thousand years apart, who find themselves drawn into a conflict that spans the ages. Can they fulfill the prophecy and save the world? And is this book, that’s published today, worth reading?

A prophecy speaks of two queens who will rise. One of light, having the power to save the world, and one of blood who brings destruction. When Rielle sees assassins attacking her best friend, crown prince Auric, she lashes out with her magical powers. To prove she is the Sun Queen, she is subjected to gruelling trials. If she fails, she will be executed.

A thousand years later, Eliana is a bounty hunter working for the emperor. But when her mother disappears, she is forced to join forces with a rebel captain. She soon learns there are terrible forces threatening the world as she knows it.

We constantly switch between Rielle’s and Eliana’s point of view. The parallels between their storylines and the contrast between these two main characters are especially interesting to see.  While one of them starts out with good intentions and slowly grows more ambitious, the other initially won’t win any Miss Congeniality awards but her conscience begins eating at her. I generally love flawed characters since they are more fun than pure good ones, but here both main characters flirted with the fine line between flawed and unlikeable.

The action is fast-paced and because of the constant back-and-forth between Rielle and Eliana the story never really slows down. Claire Legrand’s writing style conveys the action very well. Don’t expect long-winded descriptions or purple prose. The language is to the point and keeps your attention to what is going on.

One major issue I had with this book is the prologue. Don’t get me wrong, the prologue is actually amazing. It grabs you by the throat and drags you into the story. Unfortunately this opening chapter is set 2 years after the start of Rielle’s storyline, and as such spoils how her arc will eventually end in the rest of the trilogy that is still to come.

There is also a revelation near the end of the book that is supposedly quite a shock (at least for the characters involved), but for the reader this moment barely carries any weight because of the prologue and other not so subtle hints along the way. Now, the version of Furyborn that I read was an ARC, so things may have changed in the final version and this prologue may have been changed.

Overall this is a great first installment in a new fantasy series. And while Furyborn is not without its flaws, I can’t wait to get my hands on the second book!

Follows two fiercely independent young women, centuries apart, who hold the power to save their world...or doom it.

When assassins ambush her best friend, the crown prince, Rielle Dardenne risks everything to save him, exposing her ability to perform all seven kinds of elemental magic. The only people who should possess this extraordinary power are a pair of prophesied queens: a queen of light and salvation and a queen of blood and destruction. To prove she is the Sun Queen, Rielle must endure seven trials to test her magic. If she fails, she will be executed...unless the trials kill her first.

A thousand years later, the legend of Queen Rielle is a mere fairy tale to bounty hunter Eliana Ferracora. When the Undying Empire conquered her kingdom, she embraced violence to keep her family alive. Now, she believes herself untouchable--until her mother vanishes without a trace, along with countless other women in their city. To find her, Eliana joins a rebel captain on a dangerous mission and discovers that the evil at the heart of the empire is more terrible than she ever imagined.

As Rielle and Eliana fight in a cosmic war that spans millennia, their stories intersect, and the shocking connections between them ultimately determine the fate of their world--and of each other.