Traversing Chapters > Blog > Game of Thrones: The Long Night Is Dark and Full Of Errors

Game of Thrones: The Long Night Is Dark and Full Of Errors 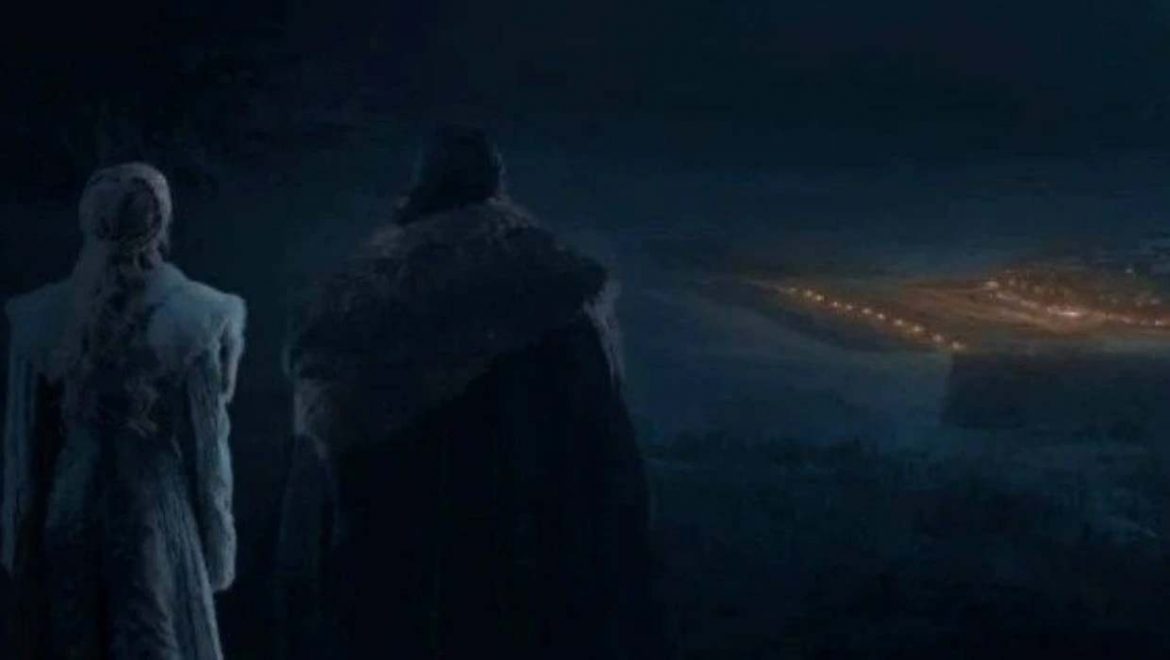 It’s been almost a week since I watched Game of Thrones’ Battle of Winterfell episode and I just can’t stop thinking about it. I hadn’t originally planned to write anything about it, but I keep thinking about The Long Night, so I figured I might as well put my thoughts down on paper.

This episode had been hyped for quite a while. “The biggest battle ever in the history of television”, “it took 55 nights to film”, and so on. The result was sure to be an epic battle between the living and the dead, with high stakes and heart-wrenching moments…

First of all, the entire episode was entirely too dark. I get it, it was the middle of the night. And the army of the dead brings darkness, the threat of a new Long Night. So you can’t exactly fight this battle in the sunshine. But still, it was just badly done. When you compare this to, for example, the Battle of Helm’s Deep in Lord of the Rings, it’s even more obvious. Another night-time battle, but it was clear what was going on.

After tons of criticism on Twitter, the episode’s cinematographer defended his choices. “A lot of the problem is that a lot of people don’t know how to tune their TVs properly”, Fabian Wagner told Wired, adding that many people watch the show on their iPads. This might well be the case, but if you know this, shouldn’t you take that into account when filming? Wagner further says: “Personally I don’t have to always see what’s going on because it’s more about the emotional impact.” Except it’s hard to feel any emotional impact if you don’t know if your favourite characters are injured, dead or very much okay. I honestly had no idea what was going on, so the only emotional impact I felt, was confusion.

But the dark screens had one positive side for the show-runners. Viewers can’t see how ridiculous your military tactics are, if they can’t see anything.

Our strategy? Blunder away

Let’s be honest here: this battle plan suuuuuuuuuucked. I am no expert, so if even *I* roll my eyes at all the ridiculous elements in this fight, you know it’s bad. First of all, why on earth would you send your cavalry straight into the maws of the dead? It’s pitch black, so you have no idea what the enemy army looks like. No numbers, no information on their formation, nothing. So blindly sending your cavalry ahead? Stupid. Yes, even with flaming arakhs. They had catapults and dragons, why not open with those? You can thin the lines *and* get a visual on the enemy. Instead, they basically said “Hey Night King, here are some extra troops”.

(I’ve heard someone suggest the Dothraki just charged ahead without being told to do so, encouraged by their flaming arakhs. But then surely some of the onlookers would have said something along the lines of “what the fuck are they doing?!”, so I’m not buying this.)

Next up: the catapults, Unsullied and trenches. Those catapults were a great idea, but as far as I could see, they only fired one or two rounds before they were abandoned. So it was then up to the Unsullied and the trenches. But why in seven hells would you position your infantry *in front of* the trenches? Why not put them behind the trenches, light those, and then let the infantry pick off whoever managed to cross? I admit the army of the living was massively outnumbered and this alone wouldn’t have won the battle. But I imagine it would be better than what they did now.

And can we also acknowledge how stupid it was to put women and children in the crypts? In every other battle, this might have been a good idea, but not against an enemy who can raise the dead. Literally everyone on social media knew before the episode aired that this was dumb.

This brings me to this question: are these characters stupid, or are the writers to blame for this hot mess?

I am fairly sure it’s the second option. Unless you want to argue that Tyrion Lannister (the mastermind of the battle of the Blackwater), Jon Snow (who actually fought the undead before, at Hardhome), and other experienced fighters like Jaime Lannister, Brienne of Tarth and Jorah Mormont, had a collective brain fart.

That is actually an issue I’ve had with this series since season 5 or so. The first seasons followed the books, but then the show caught up with the novels and went its own way. Ever since that happened, the series has suffered. I get that you can’t put everything in this series, but erasing character development, removing layers from a character and turning them more or less into a cardboard cut-out, and throwing all the nuances and prophecies out the window? No thanks.

For example, this is what the showrunners had to say about Arya delivering the fatal blow to the Night King: “For, god, I think it’s probably three years now, we’ve known that it was going to be Arya who delivers that fatal blow. We hoped to kind of avoid the expected. Jon Snow has always been the hero, the one who’s been the savior, but it just didn’t seem right to us, for this moment.” (Source: The Independent).

Honestly? I hate this. Not the fact that it was Arya. She’s a badass (although slightly psychopathic) and it makes sense that her training with Syrio Forel and the Faceless Men gave her the abilities she needed to pull this off. But literally saying “oh, we wanted to avoid the expected”? Why not let the Night King slip on some ice and fall into a piece of dragonglass then? You don’t have to change something for the sake of change.

Am I upset because of how this show treats its lore and prophecies? You bet. The world George RR Martin creates in his books is so intricate, with symbols and pieces of information tucked away in throwaway dialogues. And maybe the prophecies of Azor Ahai and The Prince That Was Promised will turn out to be red herrings in the books. But the way the show has treated these prophecies is just silly. They were mentioned a few times in the early seasons (“born amidst smoke and salt? Is he a ham?”, as Renly Baratheon famously said), but it seems as if the showrunners then decided to just kill off these storylines.

Where the first few seasons were an adaptation of the source material, the most recent seasons feel more like fanfiction. And when you (book readers, or the actors) have to explain things to viewers after the episode, the show might not be doing a very good job. Just look at Dany’s reaction when Jon told her he’s a Targaryen. She seemed more upset by the fact that he has a (stronger) claim to the throne, than by the fact she bonked her nephew. My non-reader boyfriend didn’t understand this, while in the books the whole Targaryens-marrying-each-other thing is well established. And yes, I believe the show mentioned it as well, but it was easy to miss, precisely because the lore and history of Westeros isn’t developed well enough.

So since the show sucks at explaining stuff, we are now all left confused. So many questions remain unanswered after watching The Long Night. Questions about the White Walkers (Why do they turn babies into Walkers, but not adults? What about their history, when/why did they turn against their creators, the Children of the Forest?), about Melisandre (Who was she really? What was up with the old lady stuff? Was she a fraud or just not very good at interpreting prophecies?), and so much more. There are three episodes left, so hopefully we get some more answers soon.

And let’s just hope George RR Martin finishes those books soon, because I want to know how it all *really* turns out, with proper character arcs and military tactics.