Girls of Storm and Shadow – Review 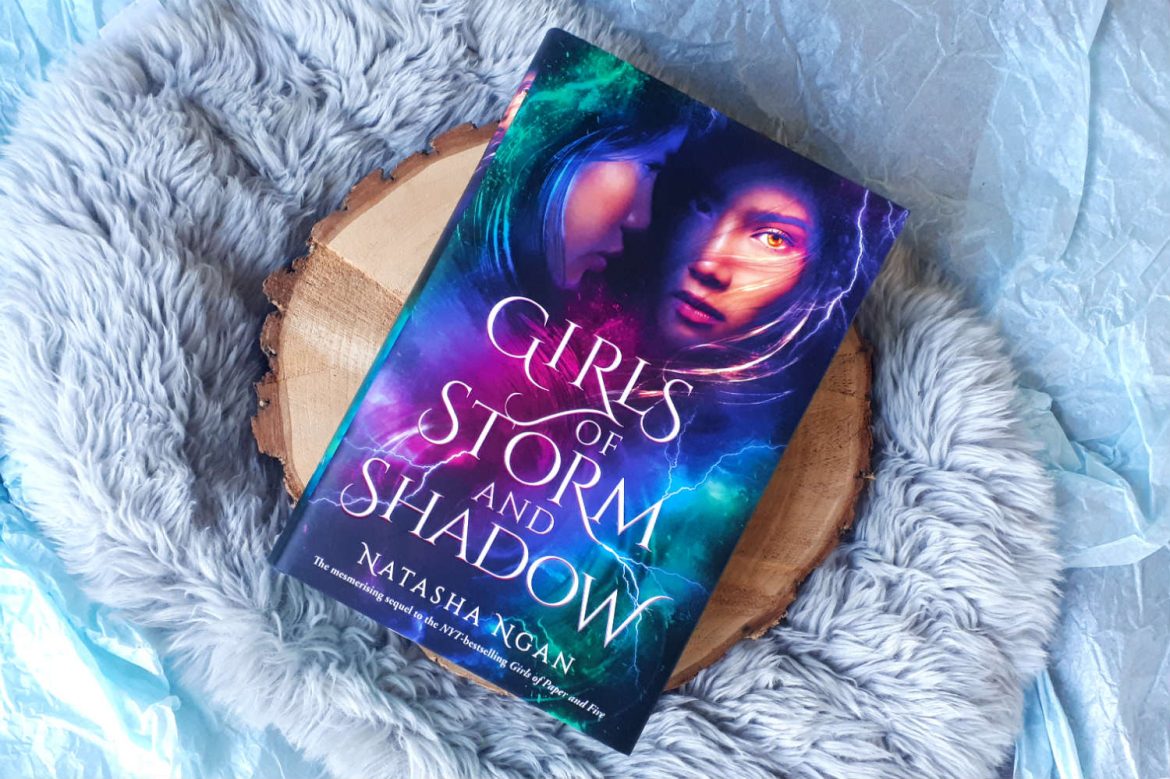 Hi everyone! How are you all doing? I’m super busy these days, with preparations for the holidays, preparing blog posts for the next couple of weeks, and trying to complete my reading challenge. It’ll be a close one, but I think I can do it! But for now, let’s talk about a book I read a couple of weeks ago. Here’s my review of Natasha Ngan’s Girls of Storm and Shadow!

SPOILER WARNING: This is the sequel to Girls of Paper and Fire. And while I won’t spoil events from this second book, there will be mentions of what happened in that first book. So be aware!

Lei and Wren have managed to escape their lives in the Hidden Palace. But slaying the Demon King was just the beginning of their plan. Now they must travel the kingdom to gain support from rebel clans. But a plot to eliminate the rebel uprising is brewing, and there is the bounty on Lei’s head, which makes this journey even more treacherous.

As you might remember, I loved the first book in this series. But the sequel… unfortunately, – and it pains me to say this – didn’t reach the same level. The story suffered badly from the infamous middle-book syndrome. You know, where we have to span the gap between the set-up that happened in the first book and the epic finale in the third and final book. Often, these middle books end up in a mire of tangential plotlines.

And that was also the case for Girls of Storm and Shadow. This felt more like a bridge between books 1 and 3 than its own story. Yes, many things happened and Lei never got a moment to catch her breath. But it didn’t feel like the actual plot was moving….

It also didn’t help that some of the characters got on my nerves. For instance, I didn’t like Wren’s behaviour and habit of keeping secrets. She did some questionable things which made it hard for me to root for her and Lei. The romance also was a bit meh. I get that the first love has worn off and not everything is glittery unicorns all the time, but it seemed at times like Lei and Wren didn’t even like each other anymore?

However, I did like Merrin, Bo and Nitta! I won’t go into details here, but there was one point where Merrin had an argument with the other characters and while it felt like we were supposed to think he was being petulant or naive or something, I couldn’t help but take his side.

On the bright side

However, there were also elements I really enjoyed. For instance, one of the themes in this book is about how far you can go to stop evil. Does the end justify the means? We also see both Lei and Wren deal with the aftermath of the events in the Palace. How do they deal with what they went through?

And to end this review on a positive note: the writing was absolutely gorgeous. It was descriptive and flowed really well, without being over the top. I said the same thing after reading Girls of Paper and Fire and it still holds up. So while I only give Girls of Storm and Shadow 3 stars, I’m still looking forward to the finale. Because I believe Natasha Ngan will create a truly epic finale to this series!

In this mesmerizing sequel to the New York Times bestselling Girls of Paper and Fire, Lei and Wren have escaped their oppressive lives in the Hidden Palace, but soon learn that freedom comes with a terrible cost 'Beautiful and heart-breaking and meaningful . . . Ngan's writing is stunning' Young Adult Reads Lei, the naive country girl who became a royal courtesan, is now known as the Moonchosen, the commoner who managed to do what no one else could. But slaying the cruel Demon King wasn't the end of the plan - it's just the beginning. Now Lei and her warrior love Wren must travel the kingdom to gain support from the far-flung rebel clans. The journey is made even more treacherous thanks to a heavy bounty on Lei's head, as well as insidious doubts that threaten to tear Lei and Wren apart from within. Meanwhile, an evil plot to eliminate the rebel uprising is taking shape, fuelled by dark magic and vengeance. Will Lei succeed in her quest to overthrow the monarchy and protect her love for Wren, or will she fall victim to the sinister magic that seeks to destroy her?