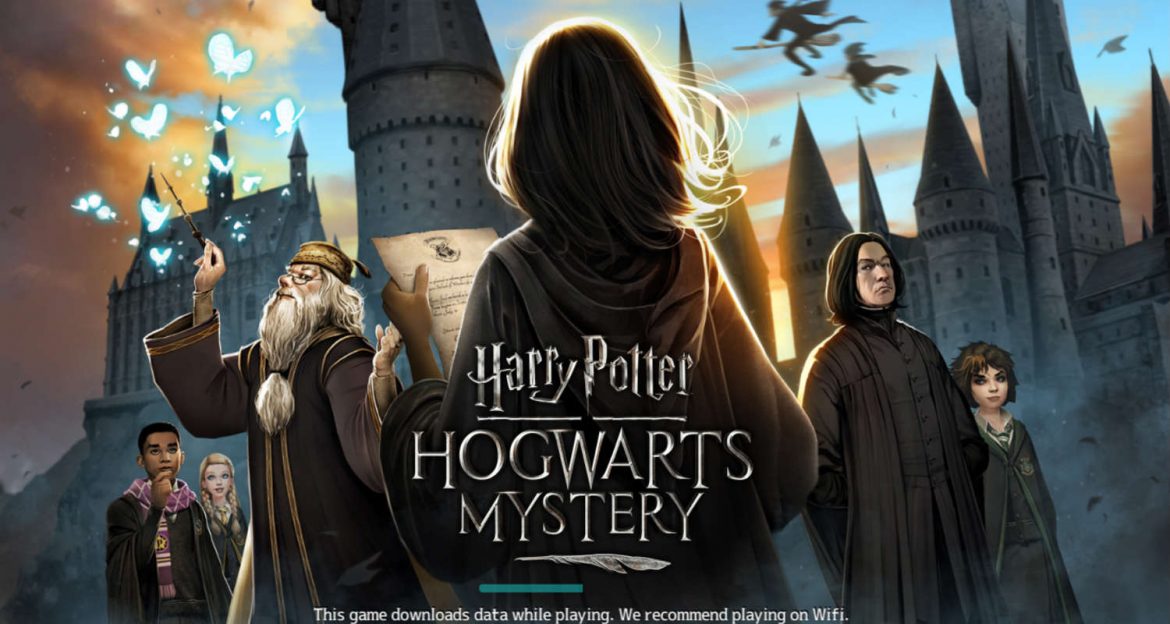 When the first Harry Potter book was published, I was 9 years old. In other words, I grew up more or less together with Harry, Ron and Hermione, dreaming of one day getting the chance to explore Hogwarts myself. So when the mobile game Hogwarts Mystery was released, I was super excited. This was my chance! And the story was set in the years before Harry attended the school! But did the game live up to the high expectations of Potterheads?

The game starts like you would expect a proper Hogwarts game to begin: with you receiving your letter and traveling to Diagon Alley to buy your school supplies. There you will meet your first friend, Rowan. He (or she, depending on your own gender) guides you to all the important shops. In those shops, you can click around on objects, which fills up a bar and once that bar is full, you can move on to the next step in the story. You buy your books and receive your wand, like a true wizard or witch.

So far, so good. But then it starts to go downhill. You arrive at Hogwarts, enter the Great Hall for the sorting ceremony… and get to pick your own House. This was such a disappointment! There are tons of personality tests online, including the “official” one at Pottermore, to determine which House you belong in (proud Ravenclaw here, by the way!). It would’ve been easy to include a handful multiple choice questions here, but no. 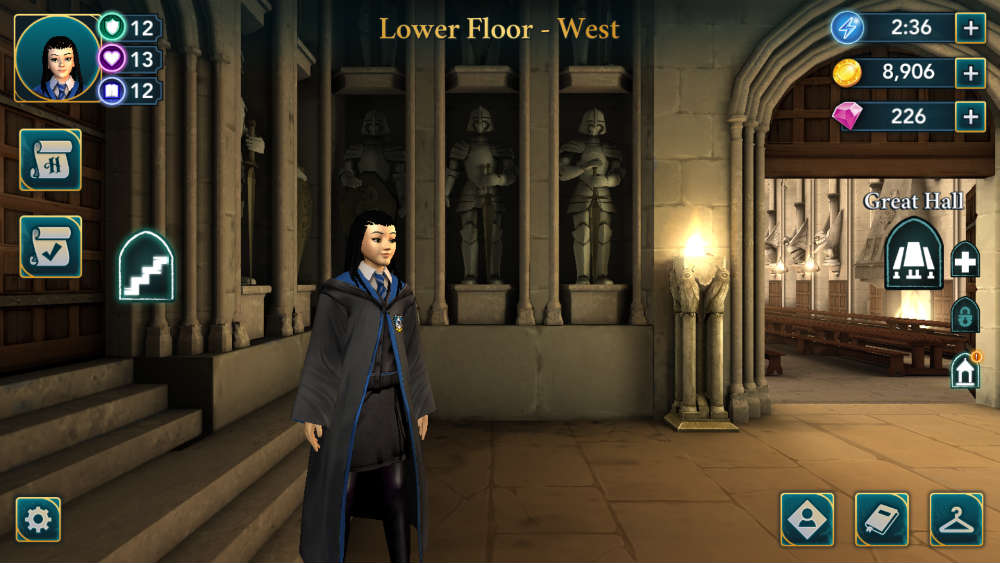 From here, your first year at Hogwarts starts. You get to take three classes: Potions, Flying Lessons and Charms. In between classes, you are taunted by the one-dimensional evil-because-evil Merula (who of course is in Slytherin), and you explore the castle, looking for clues about your brother who disappeared a few years ago after being expelled.

Everything goes well so far, but this doesn’t last long. Soon you end up in a secret room where Devil’s Snare attacks you. To escape, you need to click on stuff… and then you suddenly run out of energy. Every click consumes 1 unit of energy and it takes 4 minutes to recharge 1 unit, so go figure. For every 90 minutes of waiting you get a whopping 2 minutes of actual gameplay.

Of course, you can always buy more energy with real money. And this is the biggest issue with this game. Hogwarts Mystery feels like a shameless cash-grab targeting Harry Potter fans. Instead of finding the marvelous world we know and love, we get a frustrating time-gated clicker-game. 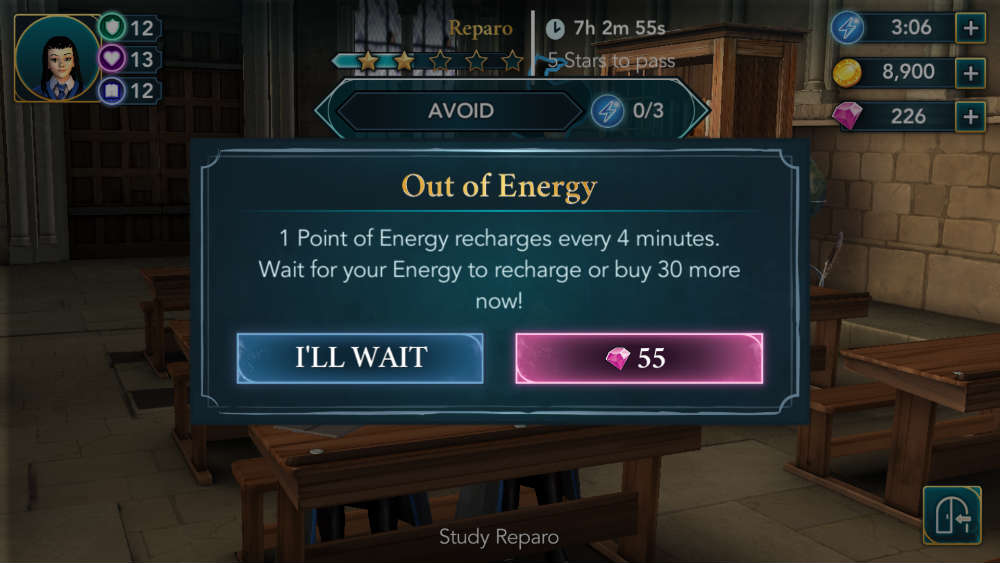 But can’t you do something else while waiting for that energy to recharge, you ask? Not really. We all know Hogwarts is massive, but most rooms are locked when you first start the game. Eventually, you unlock minigames like “Play gobstones with a friend” and “Meal with a friend in the Great Hall”. These don’t require any energy, but they take about 2 minutes each to complete and then you have to wait several hours before you can do them again.

The classes are also very repetitive. To complete a lesson, you have to fill a bar by clicking on objects or characters. The bar is divided into subsections, and every time you fill one of these subsections, you get to do something: answer a multiple choice question about Hogwarts, tap a moving ring at just the right time, or swipe your finger across the screen to swing your wand. And you do this over and over. 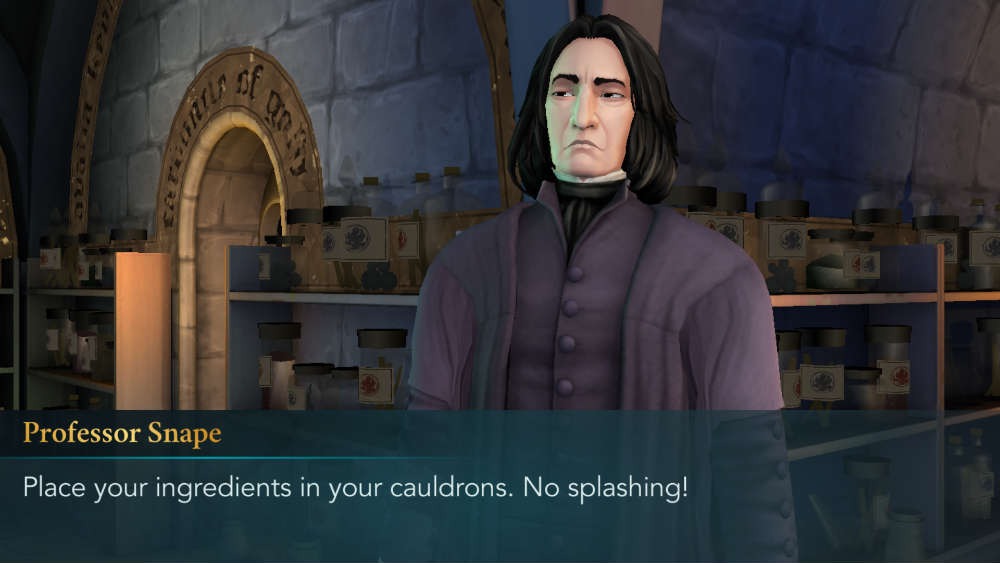 In all honesty, I never expected attending Hogwarts would be such a drag. The magic I felt while reading the books and watching the movies is completely gone. Instead we get a frustrating game that is nearly unplayable because of the extended periods of waiting. Not even the presence of well-known characters like professor McGonagall, Hagrid or Tonks can redeem Hogwarts Mystery.