Traversing Chapters > Reviews > Hunted – A Beauty and the Beast retelling

Hunted – A Beauty and the Beast retelling 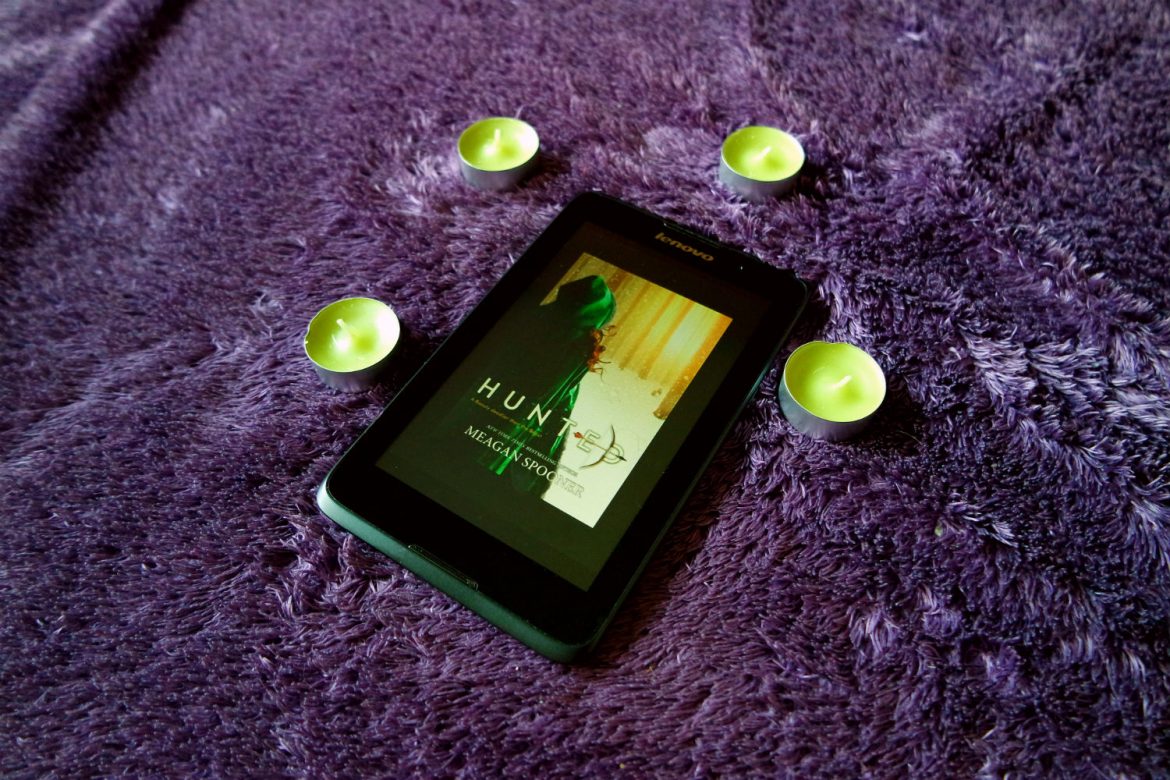 Who doesn’t love a Beauty and the Beast retelling? In Hunted, Meagan Spooner takes us to a medieval Russia. When her father’s business is ruined, Yeva can’t help feeling secretly relieved. She prefers the small forest cabin and hunting over smalltalk with noble ladies. Huntress or hunted, which one shall it be for her?

The story follows the familiar plot points of a young woman going after her father who has disappeared, and who is then taken prisoner by a mysterious Beast. So if you’re looking for a book with unexpected plot twists, this is probably not it. Sure, there are differences with the story we all know from Disney. For instance, the Gaston guy isn’t evil and is in fact a really nice person. Something I personally liked a lot, was the fact that Yeva and her sisters get along great. All too often you’ll read about the sisters having a difficult relationship, but not here.

I loved the Beast and the way he was described. Sure, he isn’t the nicest guy around and locks Yeva in a dungeon, but still. We get glimpses of his thoughts and it’s interesting to see how he switches between using “we” and “I”, reflecting the struggle between his human and beast personalities. Oh, and a fun little detail: we get an explanation of how the Beast manages to open doors and use keys, jars and other items, despite not having human hands!

The setting was marvelous, in an enchanted valley during winter. I could almost hear the snow crunching under Yeva’s boots. It made me want to light a candle and curl up with my favourite blanket. Towards the end, the story shifts from Beauty and the Beast to a Russian fairy tale and here it kind of lost me a bit. And while it makes sense not to have a lot of romantic scenes with a fearsome Beast, I missed those. In fact, the chemistry between Yeva and the Beast was lacking, making the finale a bit hard to believe.

The basic outline of the story reminded me a lot of Sarah J. Maas’ retelling of Beauty and the Beast in A Court of Thorns and Roses: the father and his 3 daughters move to a small cabin in the woods after the family business is ruined. During winter, the youngest daughter is the one hunting for food, until she is taken prisoner by the Beast. But while Maas’ Tamlin can shapeshift freely, this Beast is stuck in his animal form.

In short, Hunted is a interesting version of Beauty and the Beast, mixed with Russian folklore. The overall feeling however is more that of a fairy tale than a fantasy story, with a limited cast. Since a big chunk of the book consists purely of Yeva and the Beast in the castle, it’s unfortunate that their chemistry felt a bit flat.

New York Times bestselling author Meagan Spooner spins a thoroughly thrilling Beauty and the Beast story for the modern age, expertly woven with spellbinding romance, intrigue, and suspense that readers won’t soon be able to forget. Beauty knows the Beast's forest in her bones—and in her blood. After all, her father is the only hunter who’s ever come close to discovering its secrets. So when her father loses his fortune and moves Yeva and her sisters out of their comfortable home among the aristocracy and back to the outskirts of town, Yeva is secretly relieved. Out in the wilderness, there’s no pressure to make idle chatter with vapid baronessas…or to submit to marrying a wealthy gentleman. But Yeva’s father’s misfortune may have cost him his mind, and when he goes missing in the woods, Yeva sets her sights on one prey: the creature he’d been obsessively tracking just before his disappearance. The Beast. Deaf to her sisters’ protests, Yeva hunts this strange creature back into his own territory—a cursed valley, a ruined castle, and a world of magical creatures that Yeva’s only heard about in fairy tales. A world that can bring her ruin, or salvation. Who will survive: the Beauty, or the Beast?