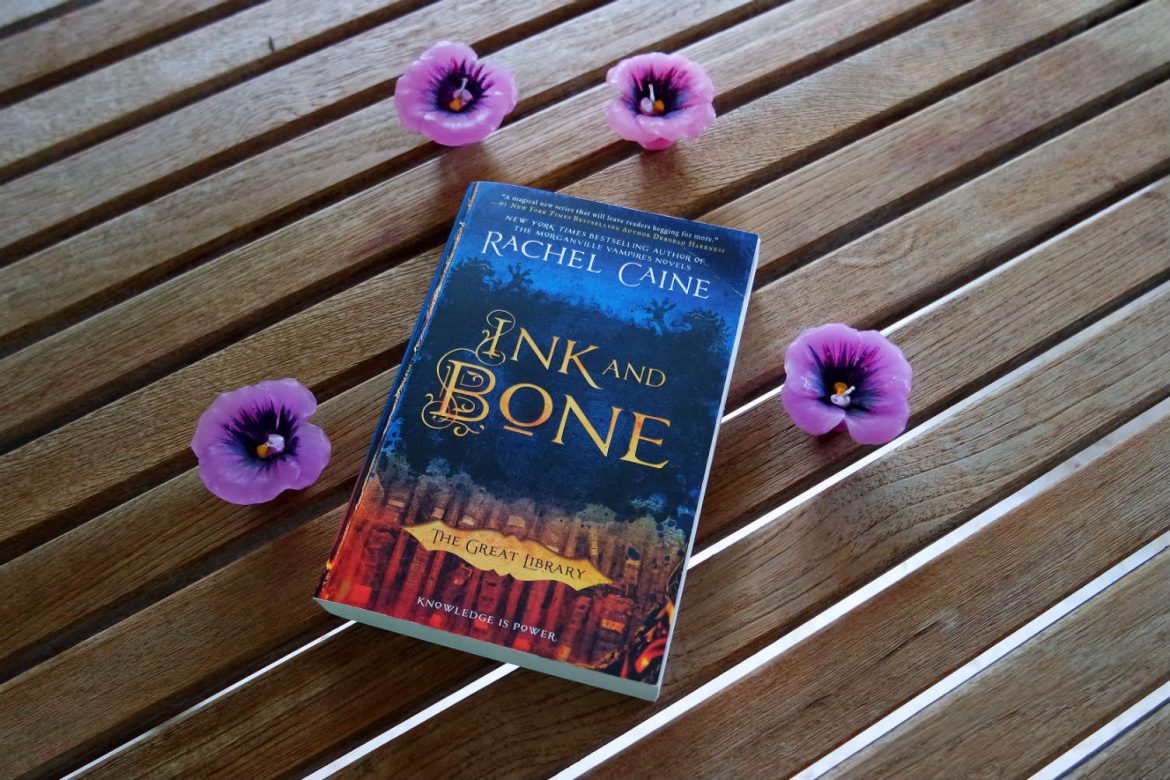 Imagine a world where the Great Library of Alexandria wasn’t destroyed ages ago. In Ink and Bone, the Egyptian institute is now a global superpower, controlling the flow of knowledge to the people. There is no mass production of books, only selected copies are made with the permission of the Great Library.

In 21st century London there is a flourishing black market of book smugglers, providing valuable books to the highest bidder. Jess Brightwell is one of them, employed in the family business. But now his father sends him to the Great Library. To train to enter the Library’s service and, more importantly: to be his family’s spy.

First of all, this book looks amazing! I love the cover design, and the spine looks like an antique tome, fitting perfectly with the concept of the Great Library.

The premise of this books sounds really intriguing. As the Library itself says: knowledge is power, and the Library controls all knowledge. It makes you wonder how different the world would have been without mass production of books. There would be no novels, and this blog wouldn’t exist either. I honestly don’t know what I would do without books. But I digress.

The story itself has a few parallels with the Harry Potter series. There’s a school for selected pupils, who first meet each other on the train ride toward that school, and the people use magic devices (in this case to read). I noticed other similarities, but I’m not going to point them all out, because they would spoil the story. But calling Ink and Bone a Harry Potter ripoff would be unfair. I was shocked at how grim the story is, even this early in the series. There is a trip to Oxford, which is under siege by the Welsh army, and we get a view of the life and despair inside the city walls.

Author Rachel Caine also isn’t afraid to kill her darlings… even if those darlings are 16 year old teens. Indeed, a few pupils are eliminated from their class because they don’t perform well, others are killed. Despite Caine breaking my heart by killing a few characters, I want to give her a shout-out for creating a wonderful diverse cast of characters. We have people of different ethnic backgrounds and different sexual orientation, without it feeling forced.

I did have one minor issue. In the blurb there is mention of a character committing heresy by creating a device that could change the world. It was quite predictable which character and what kind of device this was going to be. It also takes forever for this plot point to happen. The blurb makes it sound like it’s the central storyline, but we have to wait until the very last pages until this happens. I understand the author first has to establish the main characters and the world they live in, but maybe it would have been better to pick another plot point to put in the blurb?

Anyway, that part of the storyline will no doubt get more attention in the sequel, Paper and Fire. So I’ll come back to it in the near future.

In an exhilarating new series, "New York Times" bestselling author Rachel Caine rewrites history, creating a dangerous world where the Great Library of Alexandria has survived the test of time.

Ruthless and supremely powerful, the Great Library is now a presence in every major city, governing the flow of knowledge to the masses. Alchemy allows the Library to deliver the content of the greatest works of history instantly but the personal ownership of books is expressly forbidden.

Jess Brightwell believes in the value of the Library, but the majority of his knowledge comes from illegal books obtained by his family. Jess has been sent to be his family's spy, but his loyalties are tested in the final months of his training to enter the Library's service.

When his friend inadvertently commits heresy by creating a device that could change the world, Jess discovers that those who control the Great Library believe knowledge is more valuable than any human life and soon both heretics and books will burn.