Traversing Chapters > Reviews > The Language of Thorns – Not your typical fairytale

The Language of Thorns – Not your typical fairytale 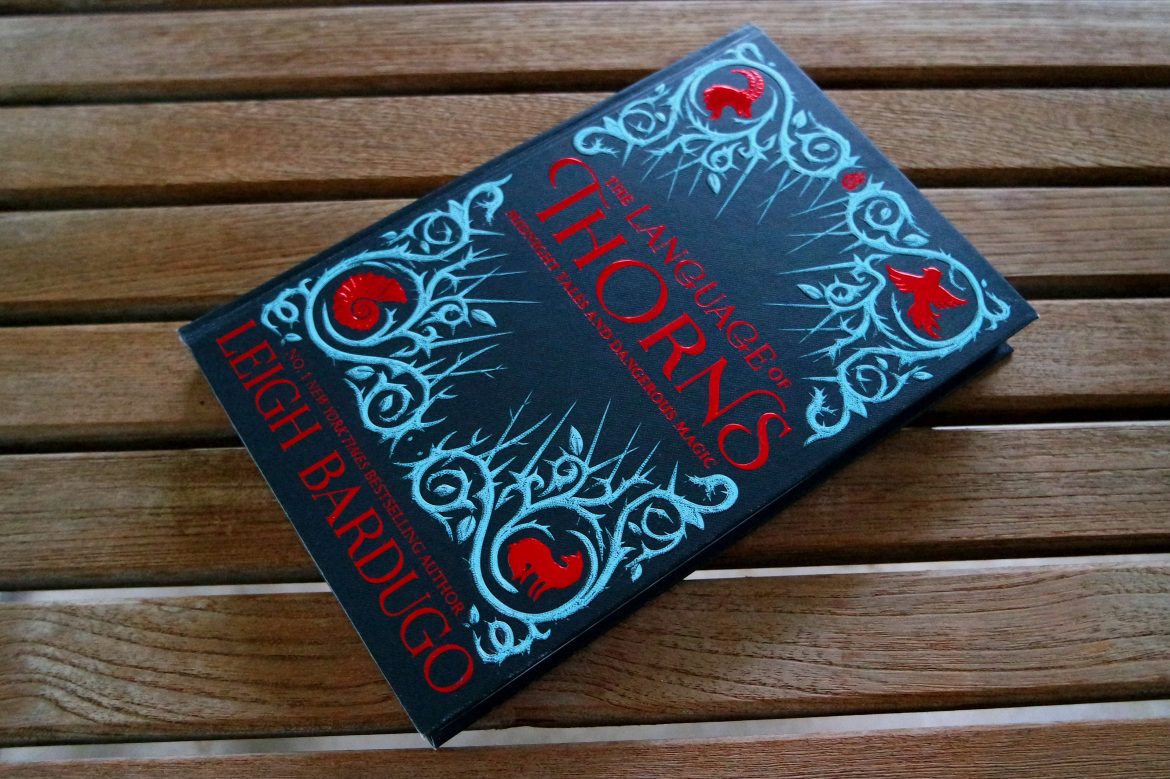 What’s better than a fairytale that ends with “and they lived happily ever after”? A tale with a realistic ending of course! The Language of Thorns gives us exactly that.

We all know Leigh Bardugo as the creator of the Grishaverse, the world in which the Grisha trilogy and the Six of Crows duology are set. If you can’t get enough of Ravka, Ketterdam and the other locations, there is now The Language of Thorns. This book consists of 6 short stories that add some folklore to that world.

The subtitle reads “Midnight Tales and Dangerous Magic” and that is exactly what we get in this book. At first, these stories seem like your typical fairytale. But if you expect the ugly beast to turn into a handsome prince, you’re mistaken. This is world where bad things happen to good people, without fairy godmothers to reverse them. It sounds cruel and in a way it is, but it’s also a lot more fun than your typical kiss-the-frog-marry-the-prince tale. Am I weird for thinking this is fun? Probably, but we already knew that.

Illustrations that tell a story of their own

I’m usually not a big fan of short stories, I prefer big books where we follow the same characters for hundreds of pages. But in the case of The Language of Thorns, I’ll gladly make an exception. These are all wonderful and it’s impossible for me to pick just one favourite.

Oh, and there’s more than just words on these pages. They are filled with gorgeous illustrations by Sara Kipin. Those tell a story of their own. They start as a small drawing and every page, a new detail is added, until they completely surround the text.

It’s honestly one of the prettiest books I’ve seen this year and I just know that I’ll pick it up in the future to re-read these stories. It’s just perfect for cold and dark nights, with a candle to set the mood.