Traversing Chapters > Blog > Looking Back – January to June 2019 in Books

Looking Back – January to June 2019 in Books 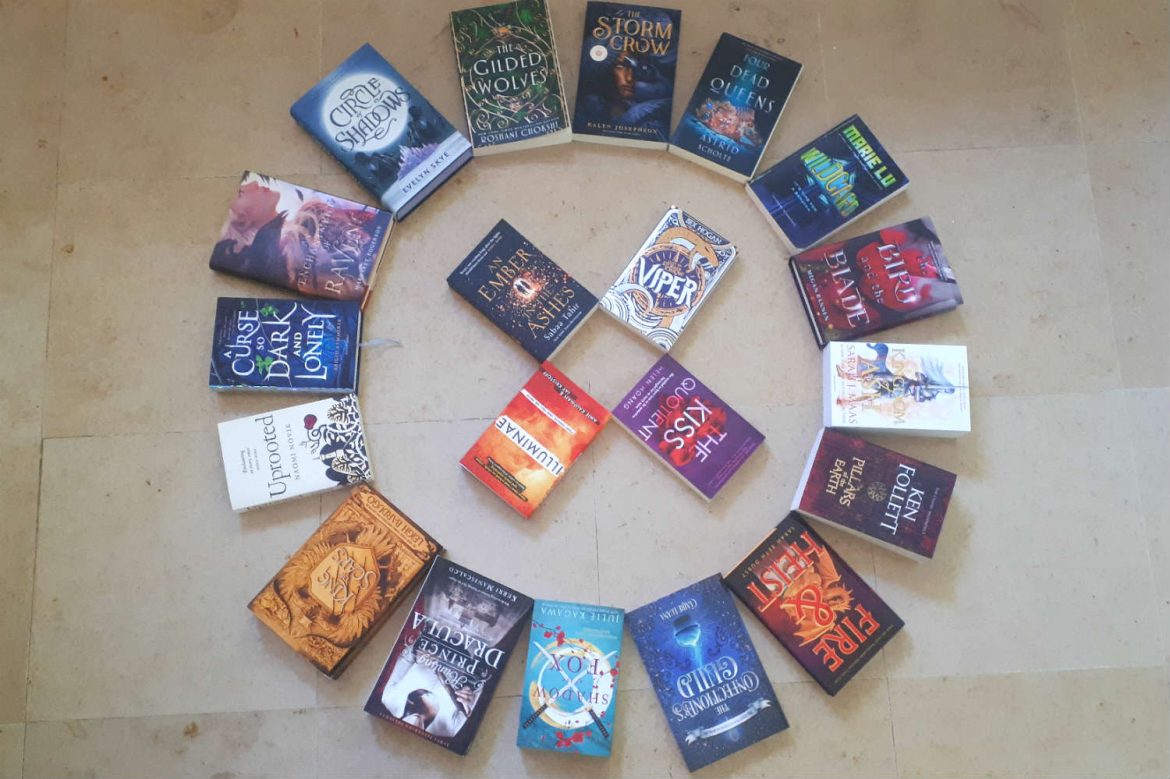 Can you believe 2019 is over halfway already?! It feels like Christmas was just a few weeks ago, and now it’s the middle of the summer. The first six months of the year flew by, but I got to read plenty of great (and a few not so great) books. So let’s take a look back at the books I read from January to June 2019, including some fun statistics (yes, I said it, statistics can be fun!).

January to June 2019 in numbers

Like last year, I set my reading goal for this year at 45 books. By the end of June, I had finished 20 books. Not bad, but it does mean I’m slightly behind on my schedule. And I will have to step up in the second half of the year. But in my defense, two of the books I read were about 1000 pages long. And that counts for at least two books, right? Unfortunately, it doesn’t work that way. But I have faith I can still finish my reading challenge this year!

Of the 20 books I read, 18 were young adult fiction. The other two, The Kiss Quotient and The Pillars of the Earth, were both adult fiction. I want to read more non-YA books in the second part of the year, but my To Read pile exists mainly of YA books and I’m still on a book buying ban. So yeah…

As you might expect, I mostly read fantasy novels. 14 out of 20, to be exact. You could argue The Bird and the Blade is fantasy as well because Jinghua sees her brother’s ghost, but in my eyes it’s more historical fiction. And that’s not the only historical fiction I read, there were also The Pillars of the Earth and Hunting Prince Dracula. Then there were also two science fiction books: Illuminae and Wildcard. And finally, The Kiss Quotient was a romance.

The total number of pages I read this year, is 9.334. This is my own count based on the editions I own, and without appendices, bonus content or acknowledgements. That means the average number of pages per book was 467. Compared to last year, this is a bit higher: 437 pages on average between January and June 2018, and 431 pages on average between July and December 2018. So it is not surprising that I read fewer books these past 6 months, since they were slightly longer. But my total page count is still lower than this time last year, when I had read 9.619 pages.

The shortest book I read was Fire & Heist, at 290 pages. This was closely followed by An Enchantment of Ravens (297 pages). The longest book was The Pillars of the Earth, with a staggering 1.076 pages. Kingdom of Ash takes second place here, with 980 pages.

The average rating I gave these 20 books was 4 out of 5 (yes, exactly 4). Out of these 20, I gave 6 books the full 5 stars, 8 books got 4 stars, and 6 books got 3 stars. With some of these 3-star books, I hovered between 2 and 3 stars a long time, but in the end settled for 3 stars. This is a pretty good streak without 1 and 2-star books, but I’m not sure if that’s because I’ve gotten better at picking great books, or if I’ve gotten milder in reviewing them.

Here’s an overview of these 20 books, ranked by rating and with links to their reviews!

My favourite books from January to June 2019

In this part, I’ll pick my favourite books. Ranking them would be downright impossible, so here is my personal top 5 from January to June 2019, in no particular order!

An Ember in the Ashes – Sabaa Tahir

In a brutal world inspired by ancient Rome, Laia is forced to become a spy if she wants the rebels to rescue her brother. Elias, one of the empire’s most promising soldiers, dreams of leaving his life behind and be free. I loved both of these characters so much and I was genuinely afraid something would happen to them. It was so amazing that the double love triangles didn’t even bother me! And this book takes on some heavy topics, without becoming preachy about them. I can’t wait until my book buying ban is over, so I can buy the sequels!

The Pillars of the Earth – Ken Follett

I finally tackled this behemoth and loved it so much! It tells the story of the people of Kingsbridge, a small village in medieval England. A builder and a prior join forces to build the grandest cathedral in a country where civil war rages. I loved the focus on these “average” people and their everyday lives! There was so much drama, from small misfortunes to political scheming. Before writing this book, Ken Follett had earned his stripes writing thrillers. Which is probably why this 1.000-page long book never gets boring!

Stella is a young woman with Asperger’s. This makes her brilliant at her job as a statistician, but dating is a mystery for her. Desperate, she hires Michael as an escort, to teach her about relationships. But what started out as a business contract with a lesson plan, soon grows into something more… This was such a great book! I haven’t come across many books whose protagonist is a woman with autism. And as someone who struggles in crowded spaces and social interactions, it felt almost like a relief to read a love story centered around someone who reminds me of, well, me. Add to that the fun, slightly cheesy, romance and steamy scenes, and it’s easy to see why this is one of my favourite reads of the year!

The Bird and the Blade – Megan Bannen

Jinghua is a slave girl in the Kipchak Khanate. When the kingdom is overrun, she decides to help Prince Khalaf and his father escape across the Mongol empire. When Khalaf hears that Turandokht, the daughter of the Great Khan, requires her suitors to solve three riddles to win her hand, he sees this as an opportunity to restore their kingdom. As they travel, Jinghua is torn apart by the choice between her freedom and her growing feelings for Khalaf. I loved this story and these characters so much and kept thinking about it even when I wasn’t reading. And the setting, in the Mongol empire, was amazing as well!

Kady and Ezra have just broken up when their planet is invaded. They manage to fight their way onto an evacuating fleet, but that is just the beginning of their problems. A deadly plague has broken out and is mutating; the fleet’s AI is going haywire; and an enemy warship chases them through space. This isn’t your average book. The story is told through a dossier of hacked documents, emails, interviews, chat logs, and so on. This makes every page a surprise and a delight to study from top to bottom. It’s such a unique and fun book that made me laugh out loud a number of times. I can’t wait to get my hands on the sequels!

What was the best book you read from January to June 2019? Be sure to let me know in the comments or on Instagram, Facebook, Goodreads or Twitter!