Traversing Chapters > Blog > Looking Back – January to June 2020 in Books

Looking Back – January to June 2020 in Books 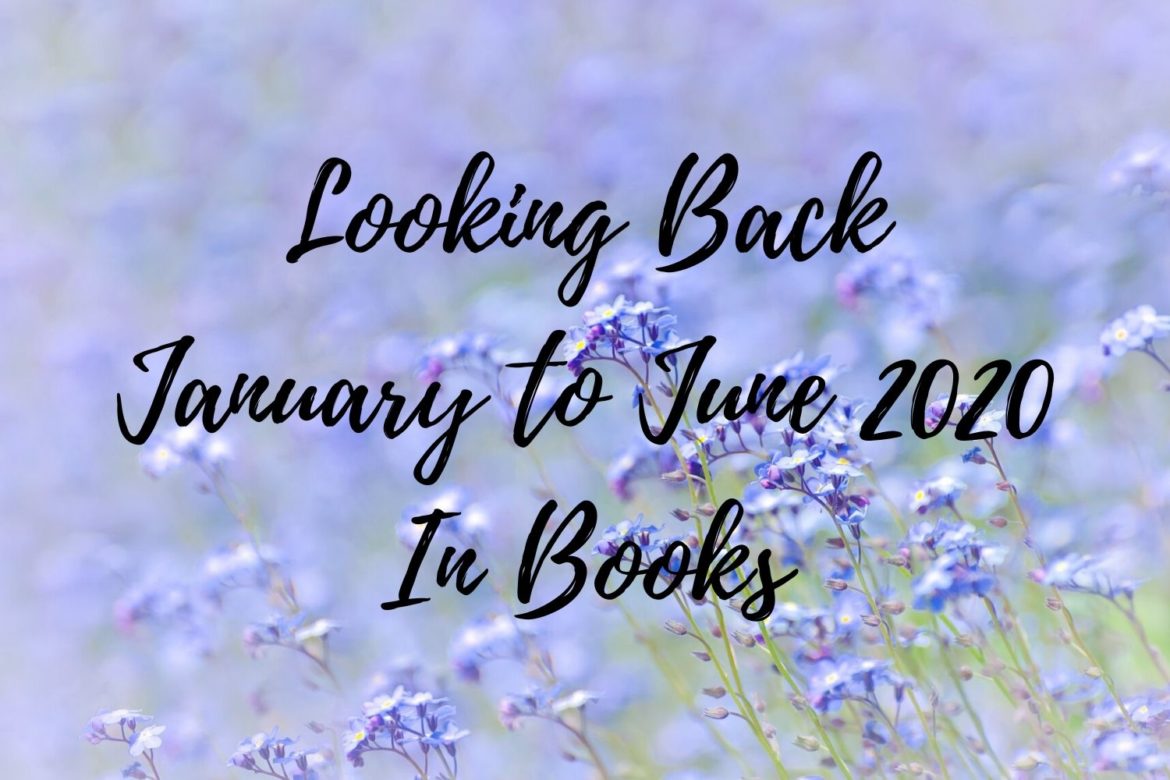 Hi everyone! The first half of the year is over, and what a six months they have been. To me, it feels like time both dragged on forever and flew by. Which is weird, but yeah. I also found it hard to focus on reading books at times, like my mind just wasn’t in the right mood for it. Did you have the same problem? Anyway, it’s time for me to look back at the books I read from January to June 2020!

January to June 2020 in numbers

In the first half of the year, I read 20 books. I set my reading goal for 2020 at 45 books, so that means I’m 2.5 books behind on my challenge. I’m used to having to catch up in the second part of the year though. But let’s hope I can manage to avoid my traditional summer reading slump this time around! And that the news won’t be as depressing as it was these past couple of months…

Of the 20 books I read so far this year, 16 were young adult fiction. The others (A Darker Shade of Magic, The Poppy War, Once Upon a Duke and A Dangerous Collaboration) were adult fiction. Here’s where I usually say that I want to read more adult fiction in the coming months, but yeah, let’s be honest, that’s probably not going to happen.

As always, fantasy takes up the biggest part of my bookshelf. Of these 20 books, 16 were fantasy novels. There were also two science-fiction novels (Aurora Rising and Gemina), a historical romance (Once Upon a Duke) and a historical mystery (A Dangerous Collaboration). I actually like this balance. Fantasy is my favourite genre, but every once in a while I like to take a little trip to a different genre.

Of the 20 books I read, most were written by women. Wicked as You Wish was written by Rin Chupeco, who is nonbinary, and Aurora Rising and Gemina are both written by a duo of both a female (Amie Kaufman) and male (Jay Kristoff) author.

In total, I read 8.383 pages from January to June 2020. This is nearly 1.000 pages less than in the same period last year. Again, this is my own count based on the editions I read, without acknowledgments, appendices or bonus content. This means the average length of these 20 books was 419 pages, whereas I usually hit an average of about 430 pages per book.

The average rating I gave these 20 books was 3.9 stars out of 5. Out of these, 4 books got the full 5/5, 11 books got 4 stars, 4 books got 3 stars and 1 book got 2 stars. There were books whose actual rating was closer to .5 instead of a rounded number, but in those cases, I had to make a decision to round up or down.

Here’s an overview of these 20 books, ranked by rating and with links to their reviews (if applicable, missing links will be added when I post those reviews):

The five books I enjoyed the most these past 6 months are listed below, in no particular order:

If you’ve been following my blog for a while, it won’t be a surprise that this book is one of my favourites so far this year. I loved the first book in the series, Illuminae, and I also adored Jay Kristoff’s Nevernight and Godsgrave books. In Gemina, we watch the events unfold on board the Jump Station Heimdall. While Kady and Ezra from Illuminae still appear in this book, Gemina mainly focuses on two new characters – Hanna and Nik – who confront the BeiTech assault. Just like the previous book, this tells the story through chat logs, diagrams and transcripts of security footage.

This is a bit of a “strange” book. It is the second part of the Dark Shores series, but you don’t need to have read the first book to understand what is going on in this one. It focuses on two different protagonists, and actually is set parallel to the events of that first book! The protagonists here are Lydia, a scholar who meddles in the plots of the most powerful man of the Celendor Empire. Trying to escape, she ends up on the far side of the Endless Seas. There, she meets Killian, Marked by the God of War but disgraced when the Corrupter invades the country. I loved discovering this world and can’t wait to read Dark Shores to find out more!

And yes, we have another Kaufman and Kristoff book on this list. This is also a science-fiction story, but it’s unrelated to the Illuminae series. In Aurora Rising, the star pupil of Aurora Academy rescues a girl stuck in cryo-sleep on a spaceship. But instead of becoming a hero, Tyler finds himself stuck with a squad of the dregs of the Academy. Unfortunately for everyone, this squad might be the last hope for the entire galaxy. I loved this team and the non-stop action!

This book… I have no words for it. It’s absolutely brutal, heart wrenching, and depressing. But the way it is written makes it impossible to put it down. Rin, a war orphan, gets into the most prestigious military academy of the Empire. There, she faces prejudices but also discovers she possesses a lethal, unearthly power. While she tries to master control over these powers, the country is on the brink of war with the Federation of Mugen. I LOVED this book and its complicated characters! It’s just one of those stories that won’t let you go, not even when you’re trying to focus on other things during the day.

Inspired by Bolivian politics and history, this story focuses on Ximena, who is a stand-in for the Condesa, the last remaining Illustrian royal. Their people lost everything when the usurper, Atoc, used an ancient relic to summon ghosts and drive the Illustrians from La Ciudad. When Atoc demands the Condesa’s hand in marriage, it’s Ximena’s duty to go instead. This is her chance to spy on Atoc, find the relic and return the Condesa to her rightful place. But things aren’t always as easy as they seem, and this story weaves an intricate tapestry that sparkles as much as Ximena’s magic does.

What was the best book you read from January to June 2020? Be sure to let me know in the comments or on Instagram, Facebook, Goodreads or Twitter!