Traversing Chapters > Blog > Looking back – July to December 2018 in books

Looking back – July to December 2018 in books 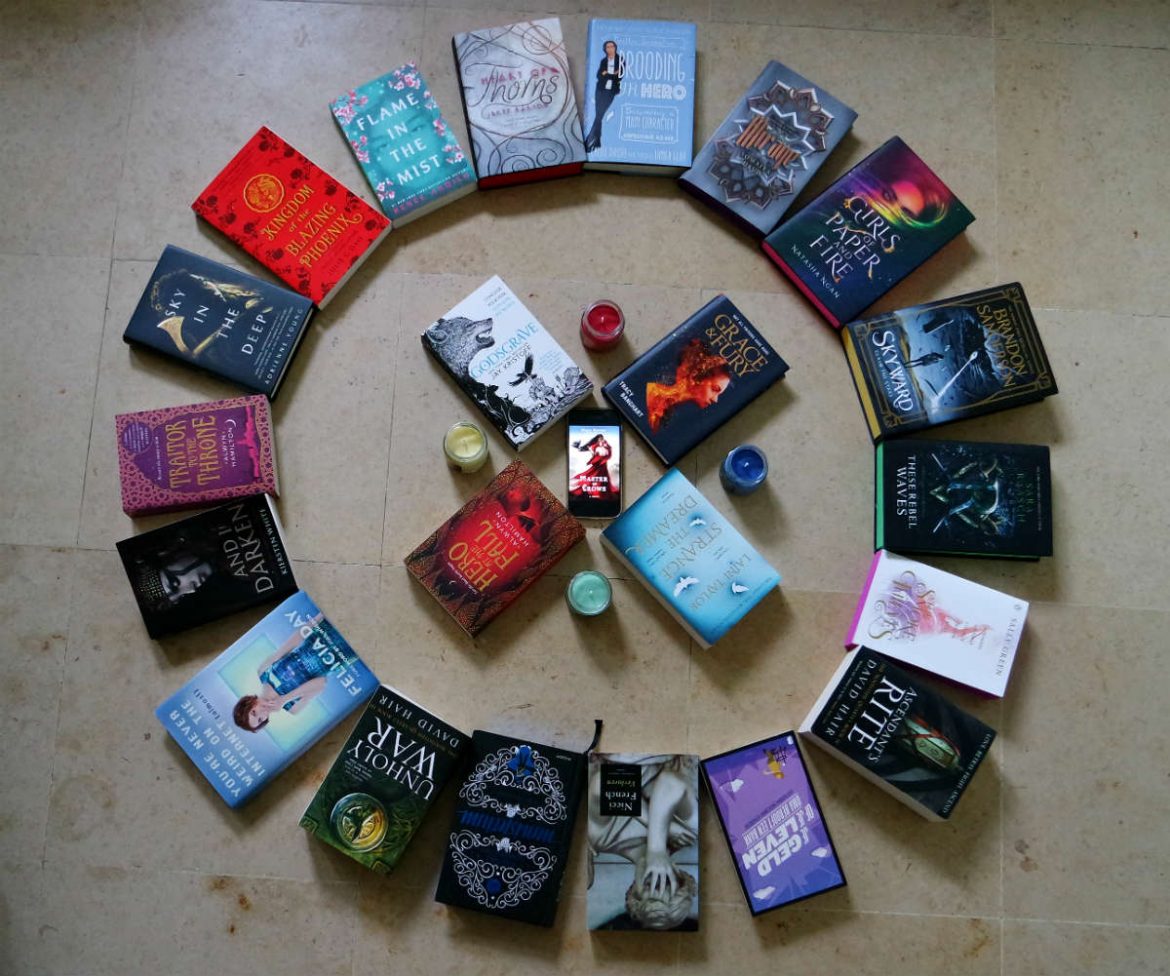 Happy 2019! I hope your year is filled with books and other wonderful moments! A new year also means it’s time for me to look back on my reading journey of the past 6 months. What did I read from July to December 2018, how many pages did I read, and what were my favourites? In the summer, I did something similar for the months January to June, so be sure to check that post as well!

From July to December in numbers

Like last time, I’ll start with some statistics. Feel free to skip this part and scroll down to the next subtitle if numbers aren’t your thing.

As you might recall, my reading goal for 2018 was to read 45 books. By the end of June, I had finished 22 books. Right on track, right? Until I hit a massive reading slump in July and barely read anything for a few weeks… At one point, I was 5 books behind on my schedule! But in the end, I managed to finish 23 books in the second half of the year, putting my grand total for the year at 45!

Out of those 23 books, most (15 of them) were Young Adult fiction. The exceptions: Godsgrave (which is more New Adult), Unholy War, Ascendant’s Rite (adult), The Little Old Lady Who Broke All The Rules (adult), The Iron Trial (which is more Middle Grade), Losing You (adult), You’re Never Weird on the Internet (Almost) (adult, I think?), and Master of Crows (adult).

Across those different age categories, fantasy was once again the dominant genre, with 17 books. And the others? Brooding YA Hero is satire/writing guide, The Little Old Lady Who Broke All The Rules is contemporary humour, You’re Never Weird on the Internet (Almost) is a memoir, Losing You is a thriller, Skyward is science fiction and And I Darken is historical fiction. But those 17 fantasy books span a variety of settings, from stories inspired by East Asia over the Middle East to a Viking-style world.

Last time, I had to confess I had only read books by female authors. This changed in the second part of the year. Slightly. Those few male authors were Jay Kristoff (Godsgrave), David Hair (Unholy War and Ascendant’s Rite), Brandon Sanderson (Skyward), and Sean French (one half of writing duo Nicci French for Losing You).

Over all these books, I read a grand total of 9,916 pages. The shortest book I’ve read was You’re Never Weird on the Internet (Almost) with 258 pages. Master of Crows also had fewer than 300 pages (276 to be precise). The longest book on the other hand, was Ascendant’s Rite with 792 pages. The second longest book was Unholy War, from the same series, with 773 pages.

My average rating for these 23 books was 3,96 stars out of 5. My least favourite was Losing You, which had me sighing and rolling my eyes in frustration. So it’s no wonder I only gave it 1 star. I also had 2 books with 2 stars; 3 books with 3 stars; 8 books with 4 stars; and 9 books with 5 stars.

My favourite books of July-December 2018

In this part, I’ll pick 5 of my favourite books. Limiting myself to 5 was hard enough already, ranking them would be downright impossible. So here is my personal top 5, in no particular order!

This is the second book of the Nevernight Chronicles. Mia Corvere has “graduated” from her school for assassins, but the Red Church is still reeling from an attack. And there’s also the little issue of Mia’s thirst for revenge on the people who killed her family. I love this series so much! The sarcasm of the characters and the narrator is on point, and the story is so deliciously violent. I’m ridiculously excited about Darkdawn, the final book that’s coming later this year!

A girl is taken to the palace to become a concubine for the demon king. The court is a dangerous place, but Lei meets an unlikely ally… one of the other concubines, whom she falls in love with. I adore this book so much! It’s feminist, it’s diverse and it shows survivors of sexual assault reclaiming their bodies in their own way. And the writing is just so beautiful! Not too dry, not too flowery. My biggest issue with this book is that cliffhanger! How am I supposed to wait for the sequel?!

This book! I just don’t have words to describe how much I love Strange the Dreamer! Every single sentence was pure perfection and I often found myself wondering how a human mind came up with such a gorgeous story. Lazlo Strange has always been fascinated by the lost city of Weep. So when an opportunity presents itself to travel to Weep and discover its secrets, he doesn’t hesitate. But he is in no way prepared for what awaits him there. This book has a rather slow build-up, but that didn’t bother me for a second. Now I just have to find the sequel, Muse of Nightmares, in an edition that matches my copy of Strange the Dreamer…

Sky in the Deep – Adrienne Young

I’ve always had a soft spot for Vikings, so I couldn’t say no to this Viking-inspired story! Eelyn is a warrior. Every five years, her clan gathers on the battlefield for a fight against the rival Riki clan. But then Eelyn sees something that’s impossible: her brother, who died five years ago. And he’s fighting side by side with their mortal enemies… Eelyn is captured and now has to spend the winter in the Riki village, with the family that took in her brother as their own son. This book isn’t perfect, it needed more fight scenes and more insight in Fiske’s personality. But it was such a fun read!

The human race (or what’s left of it) lives in caves on an isolated planet, where they are constantly under attack by a mysterious race of invaders. Spensa has to live with the fact that her father turned traitor years ago. As if that isn’t hard enough, she now has to navigate flight school. And then there’s the talking spaceship she discovered… I’m not a big fan of science fiction, but I loved this book! It made me laugh, made me cry and made me think. So I’m already excited about the sequel, Starlight!