Traversing Chapters > Blog > Looking Back – July to December 2019 in Books

Looking Back – July to December 2019 in Books 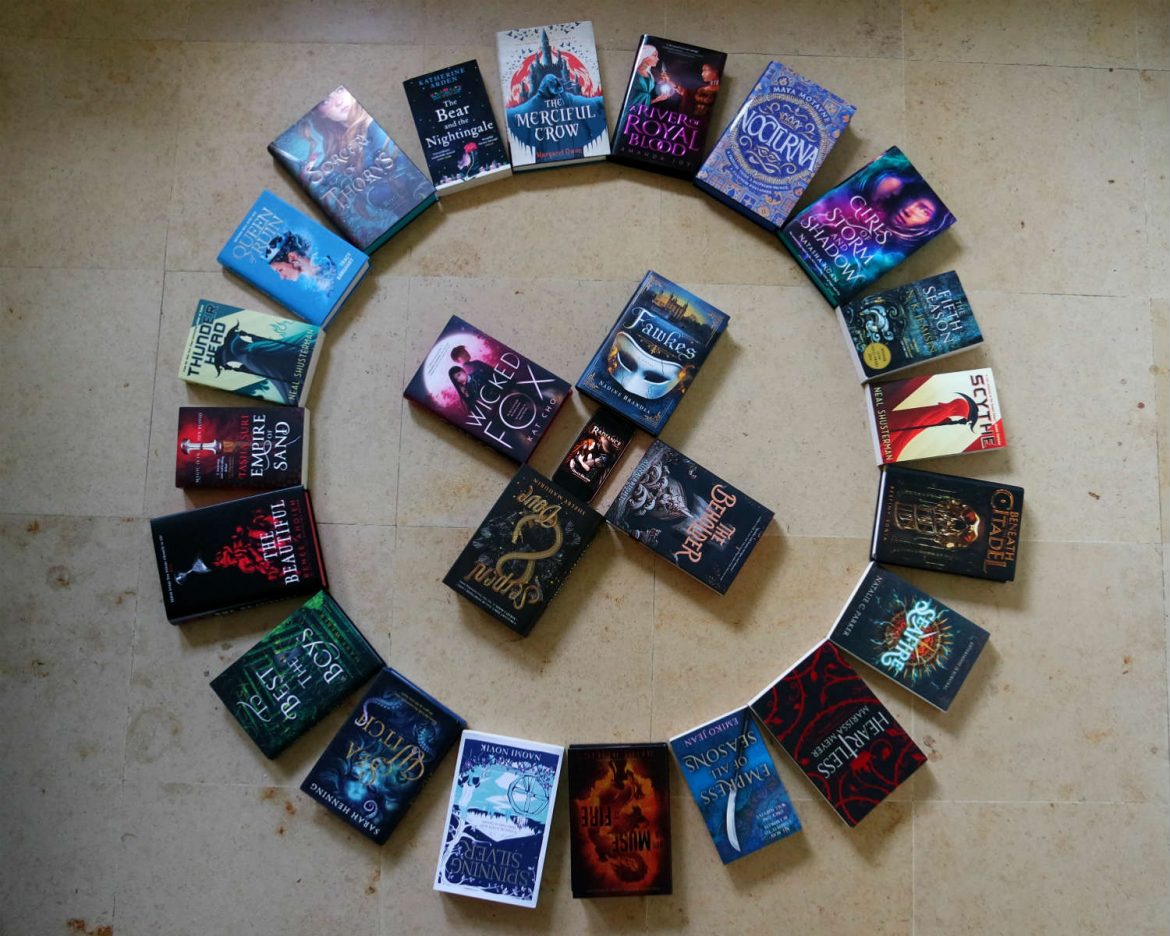 Happy New Year everyone! I hope 2020 brings you everything you want! 2019 wasn’t an easy year, but at least there were books to distract us. So it’s no wonder that I read a lot. As tradition on this blog wants, let’s take a look back at the past 6 months. Here’s my July to December 2019 in books!

July to December 2019 in numbers

Between July and December I read 25 books. That’s 5 books more than in the first half of the year, and it means I successfully completed my reading challenge of 45 books this year. I finished the 45th and final book of the year on 28 December, so I didn’t have a lot of margin. But I did it and that deserves a reward (read: shopping for new books!). For next year, I’ll probably keep my goal at 45 books. I would love to read one book per week, but this way I have some breathing space.

And, something which will surprise exactly zero people, most of the books I read were fantasy. Scythe and Thunderhead are science-fiction, but all the other novels were set in a made-up world and/or had magic.

Another thing that’s becoming a bit of a habit: many books written by women. In fact, out of these 25, a whooping 23 were written by women. The only exceptions are Scythe and Thunderhead, which are both by Neal Shusterman. Next year, I’m hoping to read more books by male authors, but it will probably still not be 50-50.

I also counted the number of pages I read from July to December. The result? An impressive – if I may say so myself – 10.406 pages! This is my own count, based on the editions I own, without bonus content, acknowledgements or appendices. That’s over 1.000 pages more than in the first half of the year. But the average page count per book is lower in the second half of the year: 416 pages per book from July to December, compared to 467 from January to June. This is of course because in those first months of the year, I read 2 books with (close to) 1.000 pages each.

The shortest book I read these past few months was Radiance, by Grace Draven, with 297 pages. This was closely followed by To Best the Boys, by Mary Weber, with 303 pages. And for the longest book I read it was a close race between Serpent & Dove by Shelby Mahurin, and Thunderhead by Neal Shusterman. The latter wins this title with 515 pages, which is only 2 more than the former.

The average rating I gave these 25 books was 4.16 out of 5 stars. Of those, I gave 9 of them the full 5 stars; 11 books got 4 stars; and 5 books got 3 stars. Once again, there were no books that I only gave 1 or 2 stars, although for a few of the 3-star ones it was pretty close. I seem to have become pretty good at picking books I will like!

Here’s an overview of these 25 books, ranked by rating and with links to their reviews. Missing links will be added when I publish these reviews:

And here is my personal top five of July to December 2019, in no particular order:

A girl who grew up in a library, surrounded by grimoires that can come to live and kill you. She dreams of becoming a Warden, guarding these grimoires. But when disaster strikes, she is forced to flee and seek the help of her sworn enemy, the sorcerer Nathaniel Thorn. This was such a fun story, filled with magical books, a swoony romance and a hilarious demonic servant who can turn into a cute white kitty. That’s just how I like my books!

Imagine a world where humanity has conquered death. To keep the population growth under control, some people get a license to kill. These Scythes are supposed to follow strict rules, but as apprentices Citra and Rowan soon discover, not all of them like this idea. I had such a blast reading this! It offered some interesting reflections about human nature and added funny references. I also read the sequel, Thunderhead, and now I can’t wait to get my hands on the finale of the trilogy, The Toll!

Two years ago, Louise le Blanc fled her coven and took shelter in the city of Cesarine. One problem: witches like her are hunted there. When she crosses paths with Reid Diggory, a witch hunter sworn to the Church, a stunt forces them into marriage. Now Louise has to live among the witch hunters,, hiding her true nature. Meanwhile, her coven is looking for her, threatening her life even further. It’s no secret that I LOVE the enemies-to-lovers trope and this is definitely one of my favourite executions of it! And while this is a debut, the writing was exquisite as well.

The Bear and the Nightingale – Katherine Arden

Vasilisa lives with her family at the edge of the Russian wilderness. When her mother dies, her father goes to Moscow and brings home a new wife. Vasilisa’s new stepmother is fiercely devout and forbids her family from honoring the household spirits. The family agrees, but Vasilisa is frightened, because a lot might depend on these rituals. This was so wonderfully atmospheric! The household spirits and the scarier things that lurked in the woods, together with the pastoral vibe of the household: this is the perfect story for cold winter nights!

Essun, a woman living an ordinary life in a small town, comes home to find that her husband has murdered their son and kidnapped their daughter. As if that wasn’t bad enough, a giant rift has been torn into the heart of the earth across the continent, spewing ash to darken the sky for years or centuries. Now Essun has to pursue her husband to save her daughter. But without sunlight, clean water, or enough supplies, war looms across the continent. You guys! This story was AMAZING! It’s dark and gritty, and there is such a great plot twist when the three storylines converge!

What was the best book you read from July to December 2019? Be sure to let me know in the comments or on Instagram, Facebook, Goodreads or Twitter!