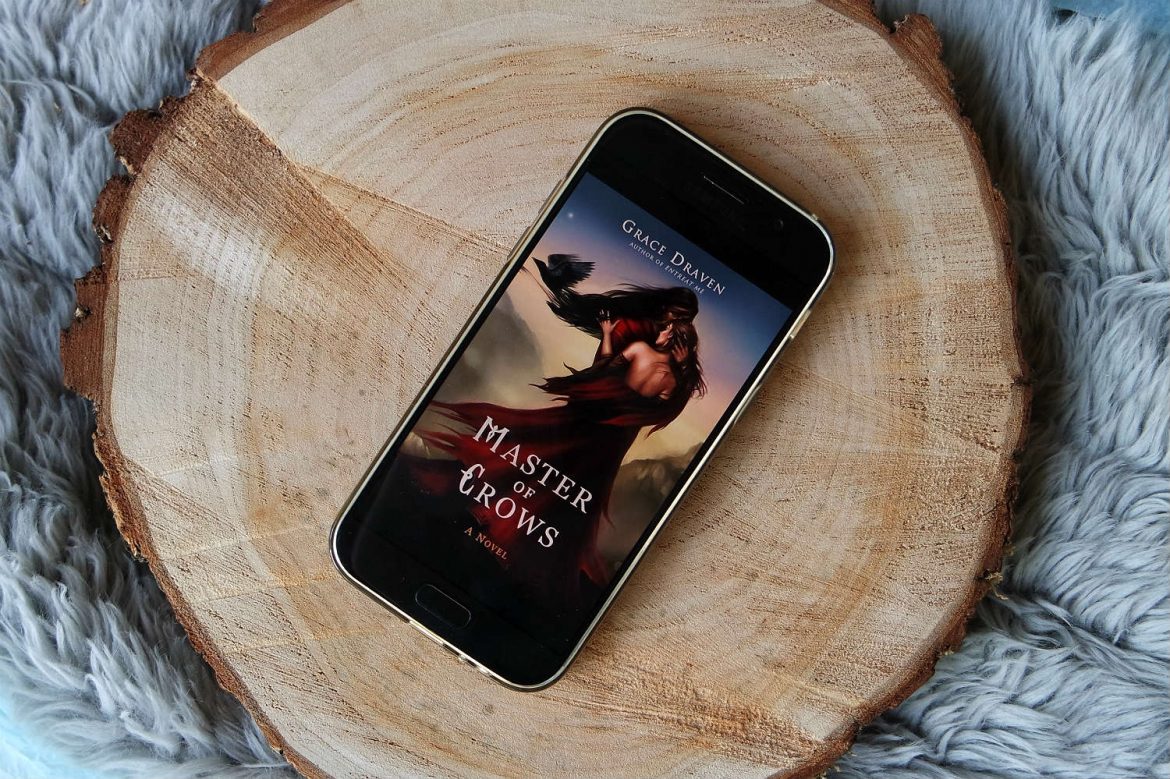 I usually don’t read a lot during the holidays, because I’m so very tired after all those family dinners. So I didn’t want to dive into a long and heavy book to end my 2018. Instead, I picked up a fantasy romance called Master of Crows, by Grace Draven. Was this a great final book of the year, or did I regret it?

Bondswoman Martise strikes a bargain with her master, a bishop of the Conclave. In return for her freedom, she promises to spy on the renegade sorcerer Silhara of Neith and expose his treachery. Silhara has asked the Conclave for help with the god called Corruption who has invaded his mind and promises him unrivaled power. He knows Martise, sent to him as an apprentice, is actually a spy.

Together, they start searching for a ritual to defeat Corruption, but while doing so, they learn secrets about each other. And while they both have their own agenda, they can’t resist their growing feelings for each other.

What did I think of this novel? Well, let me say I rushed through it! I just couldn’t put it down. And with me already being tired from holiday obligations, you can imagine how great that worked out for me.

That being said, this book definitely wasn’t without flaws. There were some weird time jumps. For instance, Martise arrives at Silhara’s manor and she’s clearly intimidated by the house itself and its master. You would expect the story to then recount Martise’s first day, when she meets servant Gurn and starts her life in the manor. But instead, we immediately jump 2 weeks ahead.

Furthermore, the story follows the established pattern of two people who start as adversaries, but get to know each other better and can’t resist their mutual attraction. There is an underlying plot of the threat of Corruption, but that’s – especially in the first part of the book – just an afterthought. Later on, this plot gets more attention though. But even then, it’s not very surprising.

Exactly what I wanted

But you know what? I didn’t care about those flaws. I wanted to read a cheesy romance and that’s exactly what I got with Master of Crows! My heart raced for these characters, I laughed along with their banter, I feared and cheered for them!

And one final note: this is clearly an adult romance, with some scenes that were… ahem… WHEW! Let’s just say you won’t need a stove to get through the cold winter nights when you have this book! It’s not that this book is erotica, even though those sex scenes are fairly graphic. But they were hot.

So all things considered, I gave Master of Crows 5 stars. Not because it’s a perfect book, but because it was exactly what I wanted to read and I had fun with it.

What would you do to win your freedom? This is the question that sets bondwoman, Martise of Asher, on a dangerous path. In exchange for her freedom, she bargains with her masters, the mage-priests of Conclave, to spy on the renegade sorcerer, Silhara of Neith. The priests want Martise to expose the sorcerer's treachery and turn him over to Conclave justice. A risky endeavor, but one she accepts without hesitation—until she falls in love with her intended target. Silhara of Neith, Master of Crows, is a desperate man. The god called Corruption invades his mind, seducing him with promises of limitless power if he will help it gain dominion over the world. Silhara struggles against Corruption's influence and searches for ways to destroy the god. When Conclave sends Martise as an apprentice to help him, he knows she's a spy. Now he fights a war on two fronts—against the god who would possess him and the apprentice who would betray him. Mage and spy search together for a ritual that will annihilate Corruption, but in doing so, they discover secrets about each other that may damn them both. Silhara must decide if his fate, and the fate of nations, is worth the soul of the woman he has come to love, and Martise must choose continued enslavement or freedom at the cost of a man's life. And love...