New Books I Look Forward To In April 2019 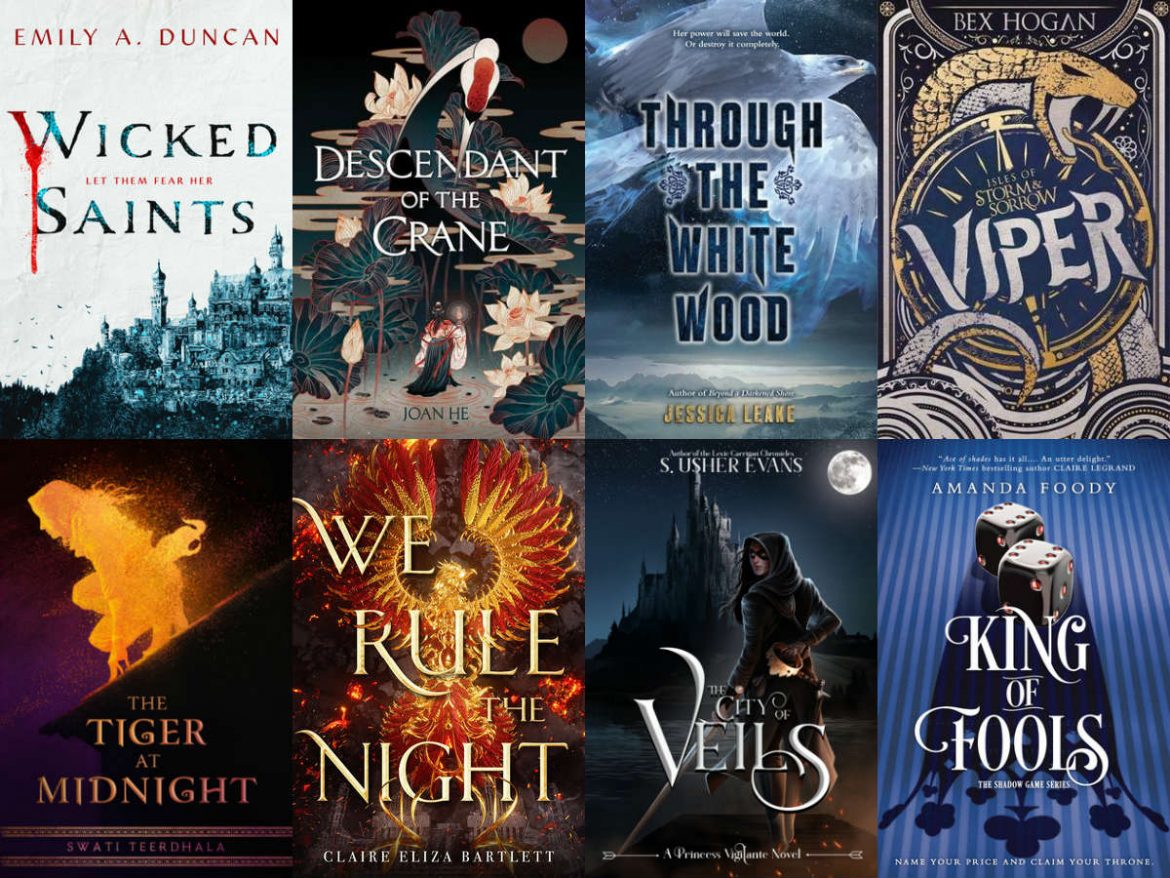 Winter is gone and spring is here. And what better way to celebrate the new season and longer days than with a stack of books? That’s why I sorted through all the YA adult releases for April 2019 and selected 8 new books I really want to read. So here they are!

A girl who can speak to gods must save her people without destroying herself. A prince in danger must decide who to trust. A boy with a monstrous secret waits in the wings. Together they must assassinate the king and stop the war. This is a gothic story, set in a world inspired by Eastern Europe. If that doesn’t sound amazing, I don’t know what does. I can’t wait to meet these morally grey characters, especially Malachiasz (seriously, go follow Emily on Twitter and you’ll see why!). Out on April 2nd!

Descendant of the Crane – Joan He

Princess Hesina of Yan always dreamt of an unremarkable life, but when her father is found dead, she’s thrust into power. Hesina, now trying to navigate the court life, believes her father is murdered and is determined to find the killer. She enlists the aid of a soothsayer (which in itself is dangerous, since magic was outlawed centuries ago) and turns to Akira, an investigator who’s also a convicted criminal. Court intrigue, a murder mystery and a world inspired by Chinese culture? Count me in! Out on April 9th!

Through the White Wood – Jessica Leake

Katya has the power to freeze anything she touches/ When she loses control and accidentally kills several villagers, she is banished to the palace of the terrifying prince Sasha in Kiev. But Katya soon learns Sasha is just like her and has the ability to summon fire. Outside the city walls, Sasha’s enemies have gathered an army of people who can control the earth. This book is by Jessica Leake, the author of one of my favourite books of last year, Beyond a Darkened Shore. But don’t worry, it’s a stand-alone and you don’t have to read BaDS first! Out on April 9th!

Marianne has been training her entire life to become the Viper, defender of the Twelve Isles. But the reigning Viper stands in her way. He is corrupt, merciless and… Marianne’s father. Can Marianne fight for the islands if it means she might lose everyone and everything she holds dear? I never say no to a good pirate story and this one promises just that, with an extra layer of drama/family intrigue. I can’t wait! Out on April 18th!

The Tiger at Midnight – Swati Teerdhala

Speaking of Vipers… Esha moonlights as the Viper, the rebels’ highly skilled assassin, avenging what she lost in the royal coup. Her latest and most important mission: take down General Hotha. Kunal, the general’s nephew, has been a soldier since childhood. And while he longs to join the outside world, his uncle makes sure Kunal never strays from the path. Until Esha and Kunal meet, that is. This one is inspired by ancient Indian history and Hindu mythology. Out on April 23rd!

Revna is a factory worker, manufacturing war machines. But then she’s caught using illegal magic. On the front lines, Linné defied her father, a general, and disguised herself as a boy to join the army. They are both offered a reprieve from punishment if they use their magic in a special women’s military flight unit and undertake deadly missions. One tiny problem: Revna and Linné can hardly stand to be in the same cockpit. Magic? Dogfights? Complicated friendships? Yes please! Out on April 2nd!

Brynna has been patrolling the streets of Forcadel as a masked vigilante. Her current target is Lord Beswick, a slumlord businessman. But one night, she’s captured by Felix, the captain of the king’s guard and told a shocking truth: her father and brother are dead and Brynna needs to hang up her mask and become queen. So she strikes a deal with Felix: royal duties during the day, vigilante missions at night. But Brynna doesn’t know who she can trust in the castle and she must use her wits to make sure she doesn’t end up like her father and brother. Court intrigue *and* a kick-ass assassin, how can I say no to that?! Out on April 16th!

The final book on this list is the only sequel this time. King of Fools is the second part in the Shadow Game series that started with Ace of Shades. In that book (which I haven’t read yet, but I really want to!) Enne follows her missing mother’s trail to New Reynes, the City of Sin. She has one lead: the name Levi Glaisyer. But he’s not the gentleman she expected, instead he’s a street lord and con man. Reluctantly, he accepts Enne’s offer of compensation in return for his help in finding her mother. Their quest leads them through casinos, cabarets and more. I’ve heard great things about the first book and it’s high on my To Buy list! King of Fools is out on April 30th!

Looking for even more new books? Here are all YA releases for April 2019!

And those are all the YA releases for April 2019! Which ones have you set your eyes on? Let me know in the comments below!