New Books I Look Forward To In April 2020 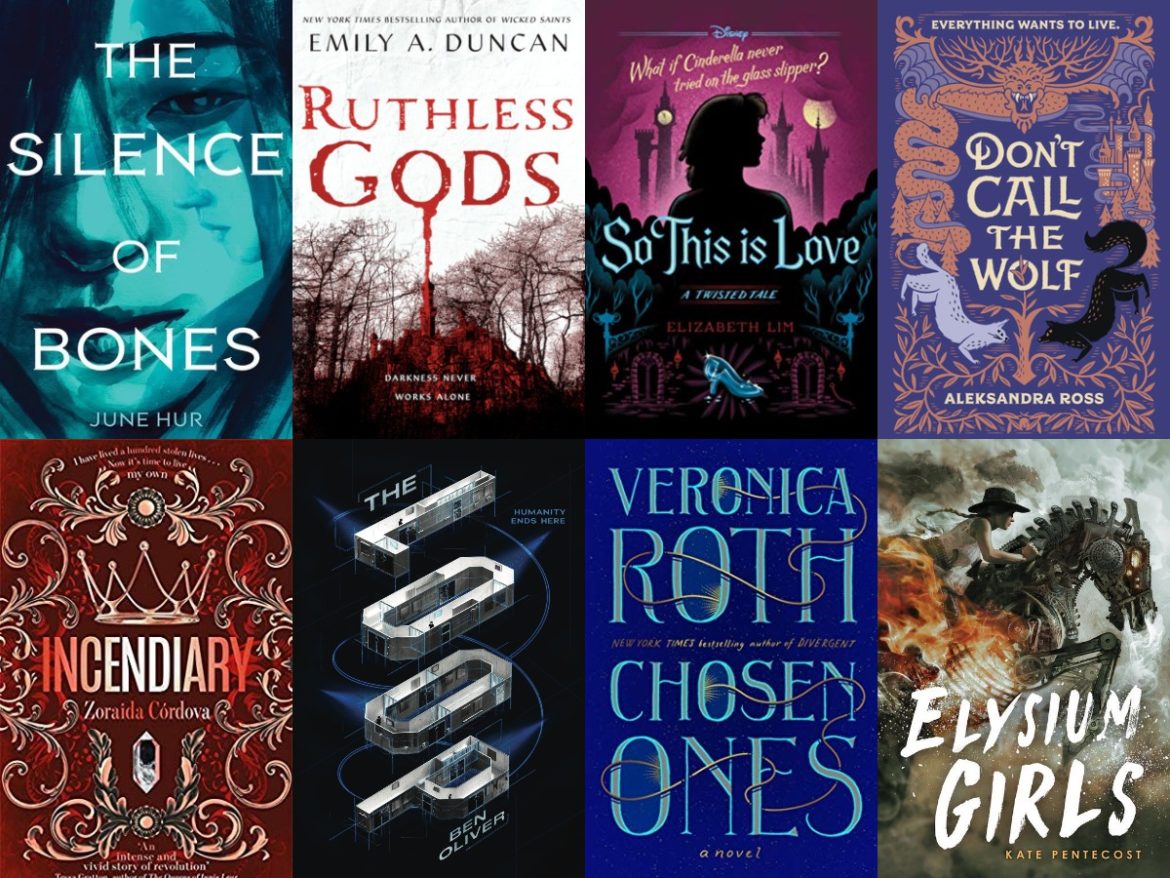 Hi everyone! How are you doing? I’m doing pretty well. But it feels like March has been going on for ages… Luckily, we’ve reached the end of the month and we can look forward to April (we can always hope next month will be better, right?). And as you know, a new month means a new overview of books I look forward to. Here’s my list of April 2020 books I can’t wait to read!

Disclaimer: due to *waves hand at world*, some book publication dates have been bumped back to later this year. So this list might have some mistakes. If you see any, let me know in the comments below!

The Silence of Bones – June Hur

In Korea in the year 1800, Seol is indentured to the police bureau. She’s been tasked with assisting a young inspector with the investigation into the murder of a noblewoman. Soon, Seol develops a bond of friendship with the inspector. But then he becomes the prime suspect and Seol might be the only one capable of discovering what truly happened. I don’t read a lot of mysteries or thrillers, but for this one – that mixes in some historical fiction – I’ll gladly make an exception! Out on April 21st!

This is the sequel to Wicked Saints, which I really really really want to read (yeah, currently on a book buying ban, so I’ll have to wait some more…). To avoid spoilers, I’m not going to look at the synopsis for this one yet, but the series is about a girl who can speak to the gods, a prince, and a boy with a monstrous secret. Together, they have to assassinate the king and stop the war. If you like Gothic stuff, this should be on your radar! Ruthless Gods is out on April 2nd!

So This is Love – Elizabeth Lim

What if Cinderella never tried on the glass slipper…? Cinderella attempts a fresh start, looking for work at the palace as a seamstress. But when the Grand Duke appoints her to serve under the king’s visiting sister, Cinderella becomes witness to a grand conspiracy to take the king – and the prince – out of power. Cinderella must find a way to stop the villains of both past and present, before it’s too late. I love alternative takes on well-known stories, so this is definitely one to watch. And it’s by the author of Spin the Dawn! Out on April 7th!

When the Golden Dragon descended on the forest of Kamiena, a horde of monsters followed in its wake. Ren, the forest’s young queen, is slowly losing her battle against them. Until she rescues Lukasz – the last survivor of a heroic regiment of dragon slayers – and they strike a deal. She will help him find his brother, who vanished into her forest… if Lukasz promises to slay the Dragon. But promises are all too easily broken… This synopsis is rather short, but it has dragons and a world inspired by Eastern Europe, so yeah, I need this! Out on April 28th!

Renata – kidnapped as a child and brought to the palace of Andalucia, is a Robai, someone with the ability to steal memories. This enabled the King’s Wrath, a siege that resulted in the deaths of thousands of her people. Now Renata is one of the Whispers, rebel spies working against the crown. The Whispers may have rescued Renata from the palace years ago, but she cannot escape their mistrust and hatred. When Dez, the commander of her unit, is taken captive, Renata will do anything to save him. But a disastrous rescue attempt forces her to return to the palace undercover. Can she convince her former captors that she remains loyal? Y’all, I’m practically screaming here. How amazing does this sound?! Out on April 28th!

The Loop is a futuristic death row for teens under eighteen. Luka has been in there for over two years. Every inmate is serving a death sentence, but they can push back their execution date by opting into “Delays”, scientific and medical experiments for the benefit of the elite in the outside world. But rumors of a war on the outside are spreading and soon the routine becomes disrupted. And it’s not long until the inmates are left alone inside the prison. Now Luka must overcome fellow prisoners hell-bent on killing him, the warden losing her mind, rabid rats in the train tunnels, and a population turned into murderous monsters to try and break out of The Loop and save his family. This sounds thrilling and very dystopian! Out on April 7th!

This one is from the author of Divergent, but it’s aimed at adults! A decade ago near Chicago, 5 teenagers defeated the otherworldly enemy known as the Dark One. They had been brought together by a clandestine government agency because one of them was fated to be “the Chosen One”, prophesized to save the world. Ten years later, the champions remain celebrities, but the world has moved on and the younger generation doesn’t seem to recall the days of endless fear. But one of them, Sloane, can’t forget. She hasn’t moved on and doesn’t have any purpose in life. But then one of the Chosen dies, and the others discover that the Dark One’s reign never really ended. I love this premise so much! Out on April 7th!

When Sal – who is plagued by false visions of rain – is named Successor to Mother Morevna, a powerful witch and leader of Elysium, she jumps at the chance to prove herself to the town. But then a terrible mistake results in Sal and Asa – a human-obsessed demon in disguise – being exiled into the Desert of Dust and Steel. They join a gang of girls headed by another exile, Olivia. To atone for their mistake, they create a cavalry of magic powered, scrap metal horses to save Elysium. It’s only by reinventing the rules that they can beat the Life and Death at their own game. Witches! Scrap metal horses! Out on April 14th!

Looking for even more new books to read? Here’s the full list of April 2020 publications!

What April 2020 books are you looking forward to the most? Let me know in the comments below!