New Books I Look Forward To In December 2020 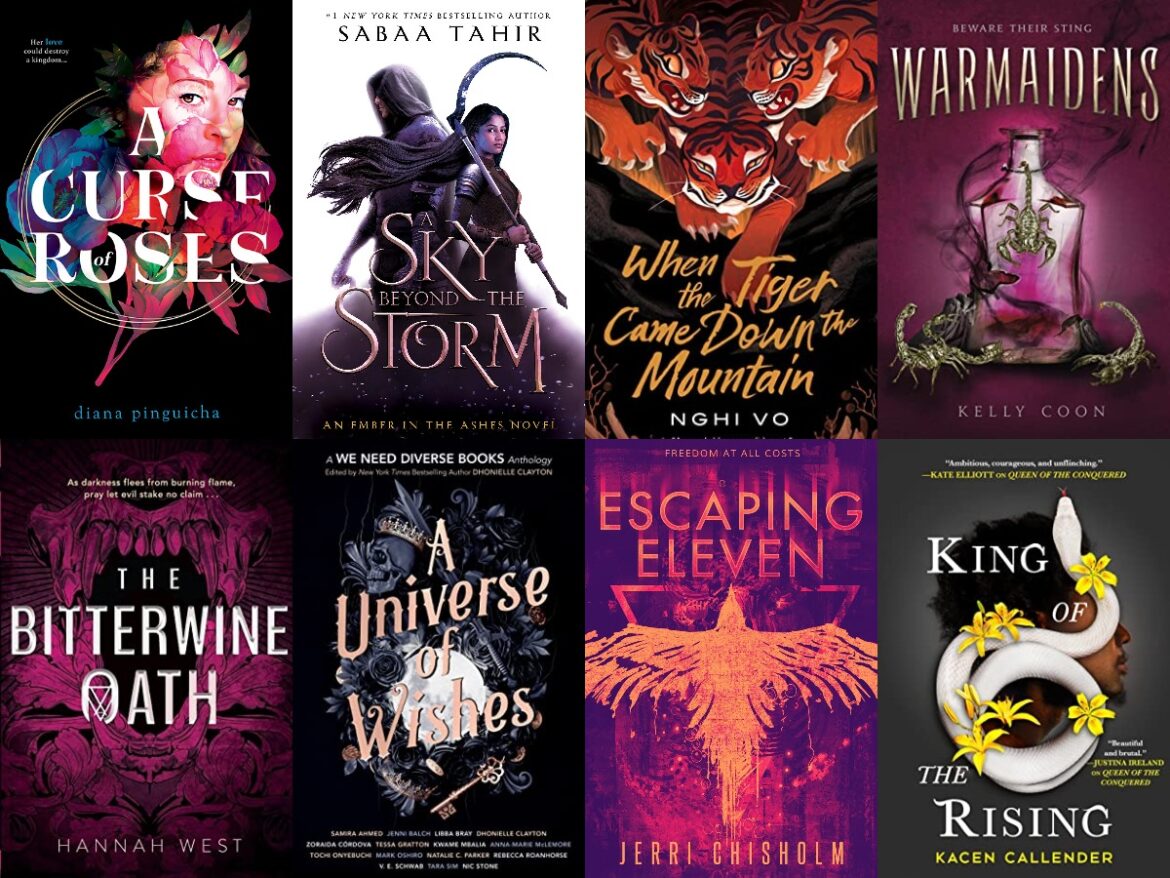 Hi everyone! Can you believe we’re almost at the end of this century of a year?! I don’t know about you, but my perception of time is completely messed up these days. It feels like this year has both flown by like a Peregrine falcon and crawled by like a big fat slug. But some things never change, and one of those things is the fact that every month, we have some amazing new books to look forward to. Here are some of the upcoming December 2020 novels that I’m most excited about!

Disclaimer: I strive for this list to be complete, but it’s always possible that I’ve missed some YA books, or that some have been postponed. If you spot a mistake, let me know in the comments below!

A Curse of Roses – Diana Pinguicha

A famine is plaguing the land and Princess Yzabel is wasting food simply by trying to eat. Her magic – her curse – turns her food into a bouquet. She’s on the verge of starving, a reminder that the people of Portugal have been enduring the same pain. Fatyan, an Enchanted Moura, is the only one who can help to reverse this magic. But she is trapped by magical binds. Yzabel can set her free with a kiss, but as the King of Portugal’s betrothed, this would be treason. Yzabel sets Fatyan free anyway, to save her people. But loving her could mean Yzabel’s destruction. This is based on Portuguese legend and it sounds really intriguing! Out on December 1st!

A Sky Beyond the Storm – Sabaa Tahir

If I had to pick just one book this month, it would be this one! As you might have seen, I’ve read the first and second book in this series (An Ember in the Ashes, and A Torch Against the Night, respectively) and absolutely loved them. Yes, even though the author puts her characters through so much suffering! Anyway, for those of you who don’t know, this series tells the story about Laia, a slave whose brother is arrested for treason, and Elias, who is training in an elite military school. Their lives collide when Laia infiltrates the academy, and their choices will change the fate of the Empire itself. A Sky Beyond the Storm, the finale of this epic series, is out on December 1st!

When the Tiger Came Down the Mountain – Nghi Vo (ADULT!!!)

This is set in the same world as The Empress of Salt and Fortune, but is described as a “mesmerizing, lush standalone follow-up”, so I think you don’t have to read the first book in order to understand this one. In this book, the cleric Chih finds themself and their companions at the mercy of a band of fierce tigers who ache with hunger. To stay alive until the mammoths can save them, Chih must unwind the intricate, layered story of the tiger and her scholar lover, and discover how truth can survive becoming history. This sounds absolutely lovely! It focuses on storytelling and how different interpretations can help shape stories to fit a narrative. Out on December 8th!

This is the second and final part in the Gravemaidens duology. I haven’t read the first part yet because it’s been A Year. But the duology tells the story of three sacred maidens who are chosen to join the city-state’s ruler in the afterlife. Nanaea sees this as an honour, but her older sister Kammani knows it’s a death sentence and schemes her way into the palace to heal the ruler and save her sister. There, she finds more danger than she could have imagined, and buried secrets. I really really really want to read these books! Warmaidens is out on December 15th!

In the small town of San Solano, Texas, twice now, twelve men have been brutally killed and no one knows who did it. Natalie is sure that rumors about her great-great-grandmother’s cult of wronged women are just gossip… But then she discovers the sisterhood is real, and magical. And they want her to join. The more she learns, the more she wonders about the true culprits. Are the Wardens protecting San Solano from even darker forces? As the anniversary of the murders draws near, Levi, the boy whose kiss haunted Nat for a year, is “claimed” as one of this year’s planned victims. Can Nat and the sisterhood stop the true evil from claiming their town? I’m not the biggest fan of horror, but this one does sound interesting! I just hope it’s not too scary for a chicken like me… Out on December 1st!

A Universe of Wishes – Various authors

This is not your typical novel, but a short story collection with contributions from an impressive list of authors: Samira Ahmed, Jenni Balch, Libba Bray, Dhonielle Clayton, Zoraida Córdova, Tessa Gratton, Kwame Mbalia, Anna-Marie McLemore, Tochi Onyebuchi, Mark Oshiro, Natalie C. Parker, Rebecca Roanhorse, Victoria Schwab, Tara Sim, Nic Stone, . These stories are about a princess without need of a prince, a monster long understood, memories that vanish with a spel, and voices that refuse to stay silent in the face of injustice. It presents a universe of wishes for a brave and more beautiful world. Out on December 8th!

Four generations ago, Earth was rendered inhabitable. Those who remained were forced underground. Eve Hamilton lives on the floor where they fight. Better than the bottom floor, where people toil away in misery… But in her latest match, she has to face a mysterious boy from the top floor – where the rulers live. He kicks Eve’s ass, but she realizes he could be her salvation… or her undoing. She’s no longer content to just survive, she wants to fight for her freedom, and this boy might be the edge she’s been waiting on. Ah, a good old dystopian scifi novel, to remind us that it could always be worse, right? Out on December 8th!

This is the second part in the Islands of Blood and Storm series that started with Queen of the Conquered. These books are set in a Caribbean-inspired fantasy world embattled by colonial oppression. In the first book, we meet Sigourney, whose family was murdered by the island’s colonizers and who is ready for revenge. She manipulates her way into the ranks of the ruling colonizers, but finds herself the target of a dangerous magic. I have to stress that this is a series aimed at adult readers and from what I’ve read, it’s pretty brutal. So be warned! King of the Rising is out on December 1st!

Looking for even more new books to read in December 2020? Here’s the full list!

And that’s my overview of December 2020 books! Which ones are you most excited about? Let me know in the comments below! Stay safe, stay healthy, and happy reading!