New Books I Look Forward To In February 2020 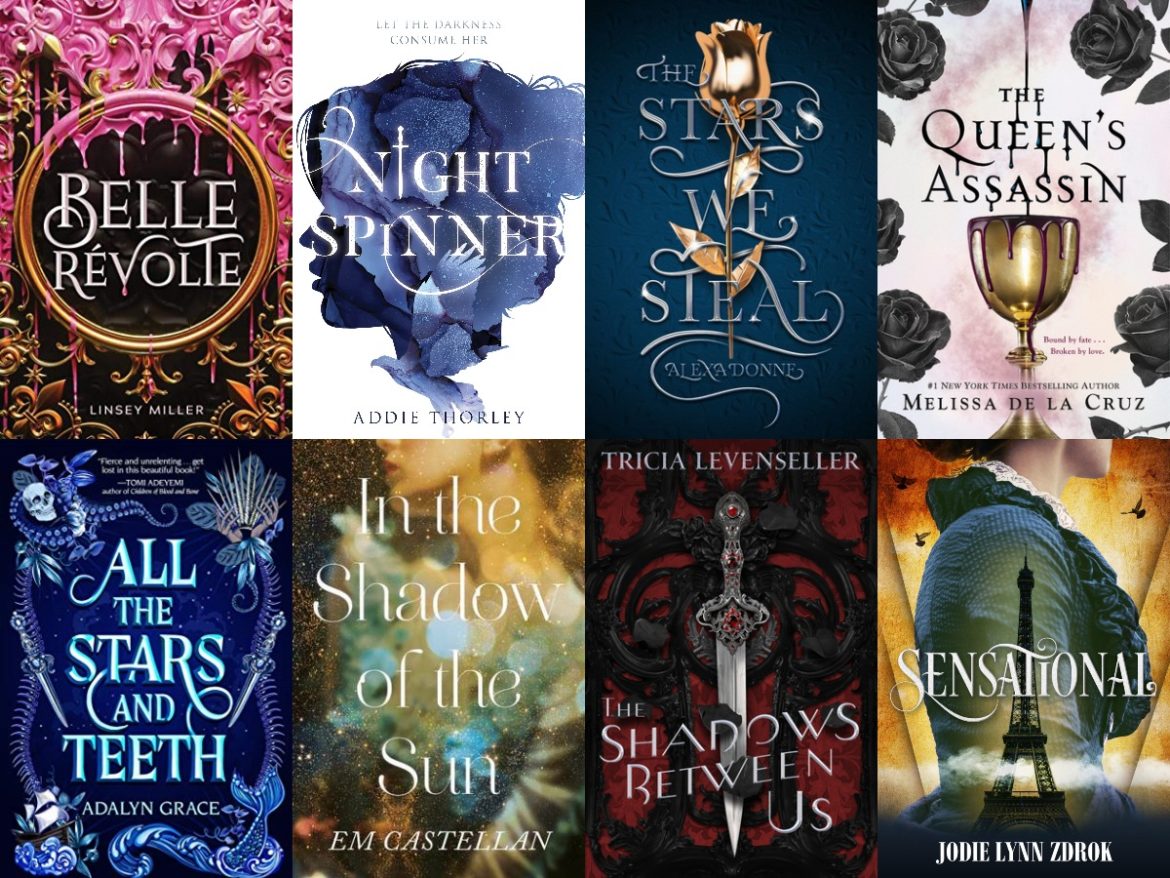 Hi everyone! How are you all doing? I took a week off from posting because I wasn’t feeling well, but now I’m back! By now, it’s a tradition on this blog that I make an overview of new books hitting the shelves in the upcoming month, and picking the 8 books I myself am most excited about. So without further ado, let’s take a look at what February 2020 has to offer!

Emilie des Marais is more at home holding scalpels than embroidery needles. She is desperate to escape her noble roots and become a physician, but a noble lady can’t perform such gruesome work. Annette Boucher wants more from life than her humble beginnings and is desperate to be trained in magic. The two girls decide to swap lives, but when their nation instigates a war, they must work together to help the rebellion end a war that is based on lies. What can I say? Two girls desperate for a different life swapping places, and a rebellion. That’s my cup of tea! Out on February 4!

Enebish used to be one of the greatest warriors in the Sky King’s Imperial Army. As a Night Spinner, she controls the threads of darkness. But after the massacre at Nariin, she is labeled a monster and a murderer, and is banished to a monastery. When her adoptive sister, Ghoa, returns from the war with a tantalizing offer – capture the notorious criminal Temujin and your crimes will be pardoned – she eagerly accepts. But while hunting Temujin across the tundra, she discovers that the supplies he’s stealing are keeping thousands of shepherds from starving. Now Enebish has to decide: choose her sister, or the charismatic rebel? Sooooo, this sounds amazing! I love stories of soldiers discovering that the rebels are actually not the bad guys everyone says they are. And the Night Spinner ability? Awesome! Out on February 11!

The Stars We Steal – Alexa Donne

Engagement season is in the air. 18-year-old Princess Leonie is heir to a faded European spaceship and has only one thing on her mind: which lucky bachelor can save her family from financial ruin. But when her childhood friend and first love Elliot returns as the captain of a successful whiskey ship, everything changes. Back then, Leonie’s family deemed him unsuitable for marriage. Now, he’s the biggest catch of the season and he seems determined to make Leonie’s life miserable. But she finds herself falling for her first love in a game of love, lies and past regrets. This seems very focused on the romance, but sometimes, that’s exactly what you want to read, right? Out on February 4!

Caledon Holt is the Kingdom of Renovia’s deadliest weapon, and the Queen’s only assassin. He is also bound to the Queen by an impossible vow: to find the missing Deian Scrolls, stolen years ago by a sect called the Aphrasians. Shadow has been training all her life to become skilled enough to join the Guild. Though magic has been forbidden since the Aphrasian uprising, she has been learning to control her powers in secret. When a surprise attack brings Caledon and Shadow together, they’re forced to team up as assassin and apprentice to hunt down a new sinister threat. And before long, they uncover a shocking web of lies and secrets. Assassins, magic, two people forced to work together,… What more do you want? Out on February 4!

All the Stars and Teeth – Adalyn Grace

As princess of the island kingdom Visidia, Amora has spent her entire life training to be High Animancer, the master of souls. She must prove her mastery to secure her place as heir to the throne, but when her demonstration goes wrong, she is forced to flee. Amora strikes a deal with Bastian, a mysterious pirate: he’ll help her prove she’s fit to rule, and she’ll help him reclaim his stolen magic. But sailing the kingdom is more dangerous than she anticipated. A destructive new magic is on the rise and to conquer it, Amora will have to face legendary monsters, cross paths with vengeful mermaids and deal with a stow-away she never expected. This sounds wonderfully magical and I can’t wait to get my hands on it. Out on February 4!

In the Shadow of the Sun – EM Castellan

Paris, 1661. 17-year-old Henriette of England is exiled in France, where magicians thrill nobles with illusions. But Henriette plans to hide her magical talents and accept an arranged marriage to the French King’s younger brother. She soon realizes her fiancé prefers the company of young men to hers, and court magicians turn up killed by a mysterious sorcerer. When Henriette is forced to reveal her power gift for enchantments, Louis asks for her help: to defeat the dark magician and aid him in building the Palace of Versailles. If you’ve visited my blog before, you probably know I LOVE court intrigue. So how can I say no to this one?! And the court of Louis XIV! Out on February 11!

The Shadows Between Us – Tricia Levenseller

Alessandra is tired of being overlooked, but she has a plan to gain power: woo the Shadow King, marry him, kill him and take his kingdom for herself. No one knows the extent of the Shadow King’s power, but Alessandra will do everything within her power to get what she deserves. However, she is not the only one trying to kill the king and she soon finds herself trying to keep him alive long enough for him to make her his queen – while struggling not to lose her heart. Do I even need to explain why I am excited about this one? Alessandra sounds like a cunning antihero and I can only imagine how the chemistry and tension between her and the Shadow King will be! Out on February 25th!

This is the follow-up to Spectacle and the only sequel on my list for February 2020. The 1889 Exposition Universelle is full of innovations, cultural displays and inventions. But someone is celebrating the 100th anniversary of the guillotine with a display of their own: beheaded victims in some of the Exposition’s most popular exhibits. Nathalie Baudin has the ability to see murder scenes and could help, but she’s suffering the effects of her magic. There are other Insightfuls to team up with, if they can be trusted… I love the Stalking Jack the Ripper series, so I can’t say no to a grisly murder mystery set in the same time period, but with some added magic, right? I’ll just have to start with Spectacle first, before reading this one. Sensational is out on February 11!

Looking for even more new books to read? Here’s the full list of YA books hitting the shelves in February 2020!

And that’s all the new YA books for February 2020. Which books caught your eye? Let me know in the comments below!