New Books I Look Forward To In July 2019 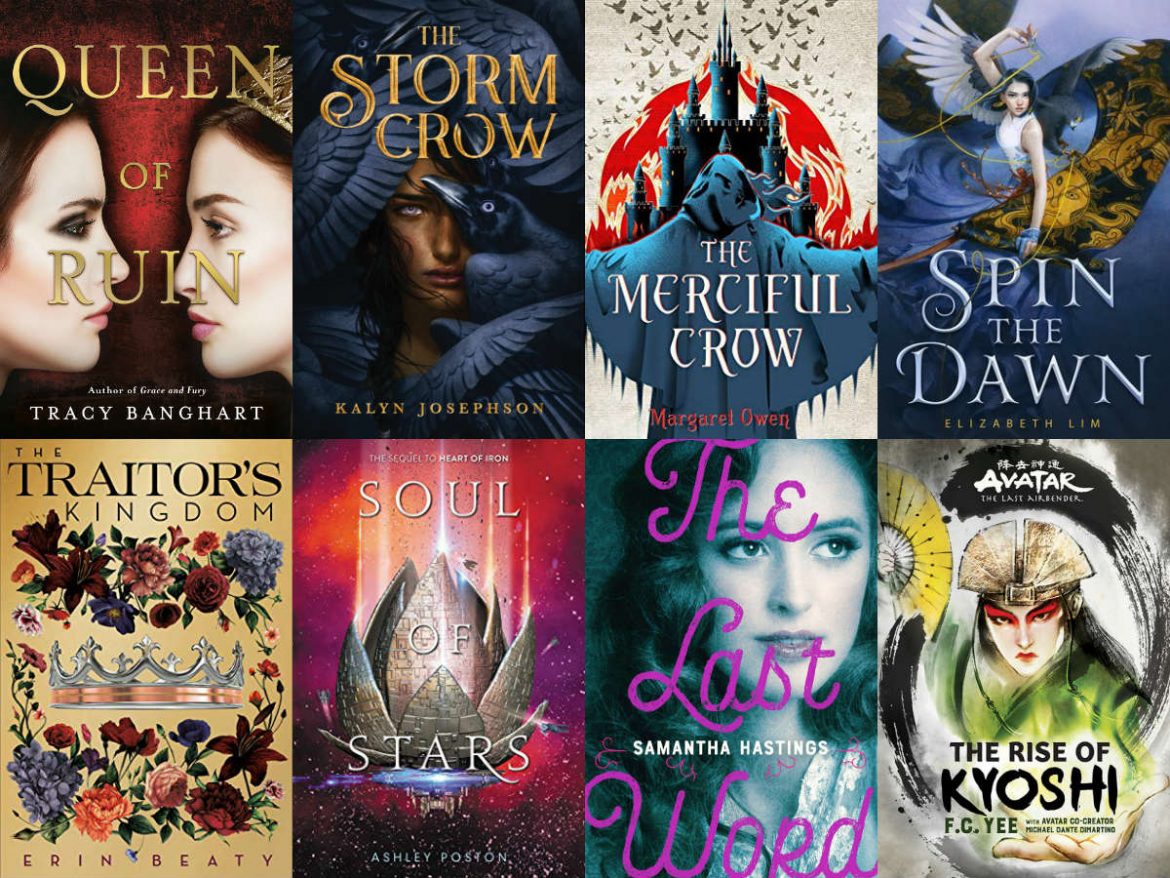 Summer is here and that means we have more time to read, in the sun, by the pool, or somewhere cool indoors. I studied the list of new books that will hit the shelves in July 2019. And while it’s a relatively quiet month, there are still plenty of books to be excited about!

We begin this list with the sequel to one of my favourite books of last year, Grace and Fury. Serina, who had been training to serve as a Grace for all her life, and her sister Nomi, who was supposed to be her handmaiden, both saw their lives turned upside down. Now they have to find each other again and work together to tear down the world they know. I loved the first book so much, it was such a great feminist story and I can’t wait to see these sisters burn down the patriarchy. Out on July 2nd!

In the kingdom of Rhodaire, the magical Crows are part of every aspect of life. Until the rival empire of Illucia invades and destroys everything. While princess Calize steps up to rule after her mother’s death, her sister Anthia sinks away in a deep depression. Caliza is forced to agree to a marriage between Anthia and the crown prince of Illucia. But when Anthia finds a hidden Crow egg, she and her sister hatch (HA, see what I did there?) a plan to get back what was taken from them. I got an advance copy of this book in a Fairyloot box, so I’m currently reading this and it’s pretty good so far! Out on July 9th!

Maia dreams of becoming the greatest tailor in the land, but as a girl, she isn’t allowed to. When a royal messenger summons her ailing father, once a famous tailor, Maia disguises herself as a boy and takes his place. But she is not the only candidate for the job of imperial tailor, and backstabbing and lies run rampant in the competition. And then there’s court magician Edan, who seems to see straight through Maia’s disguise… So this sounds like Mulan meets Project Runway and I can’t wait to read it! Out on July 9th!

Fie is part of the Crow caste of undertakers and mercy-killers. When they are called to collect royal dead, she’s hoping for the payout of a lifetime. Small detail: Crown Prince Jasimir turns out to have faked his death. But he offers a wager she can’t refuse: protect him from a ruthless queen and he’ll protect the Crows when he reigns. Meanwhile, Tavin has always put Jasimir’s life before his own, assuming the prince’s appearance. But what happens when Tavin begins to want something to call his own? Out on July 30th!

This is the third and final book in the Traitor’s Circle series. I haven’t read the first and second book yet, but I’ve heard some good things about it. So what is this series about? Sage has an unruly temper, which earned her the label “unfit for marriage”, and so she is apprenticed to a matchmaker. She has to spy in the young ladies who are to be married off for political alliances, and on the soldiers escorting them. But then, a handsome soldier recruits her to infiltrate enemy ranks, and Sage starts to question everything she knows. That’s the synopsis of the first book, The Traitor’s Kiss. The final book, The Traitor’s Kingdom, is out on July 9th!

This is the sequel to Heart of Iron, a book that’s still on my To Read list. In that first book of the series, we meet Ana. A fearsome space captain saved her when she was a child drifting through space with a sentient android. But this android, D09, has been glitching and when Ana desperately seeks a lost ship that could help her fix him, a spoiled Ironblood boy messes up her plan. When everything goes wrong, they end up as fugitives. With the entire kingdom after them, Ana faces dangerous secrets and an impossible choice. The second book in the series, Soul of Stars, is out on July 23rd!

Not a fantasy novel, but historical fiction. In 1861, Lucinda Leavitt is shocked when she learns the author of her favourite serialized novel has died before completing the story. She reluctantly enlists the help of her father’s young business partner, David Randall, to track down the author’s whereabouts and to find out how the story was supposed to end. As their quest leads them around the country, they discover truths about themselves and each other. From what I’ve read, these two protagonists share a lot of witty banter. How can I say no to that? Out on July 9th!

And for the final book in this overview, we travel to the universe of The Last Airbender. Kyoshi is the Earth Kingdom-born Avatar. She was the one who established the respected Kyoshi Warriors, but also founded the Dai Li, which led to the corruption, decline and fall of her own nation. In this novel, we see her journey from a girl of humble origins to the merciless pursuer of justice who is still feared and admired centuries after she became the Avatar. If you like The Last Airbender, this is a novel for you! Out on July 16th!

Need even more inspiration? Here is the full list of July 2019 releases!

And that’s all the new books hitting the shelves in July 2019! Which ones are you looking forward to the most? Let me know in the comments below!