New Books I Look Forward To In June 2019 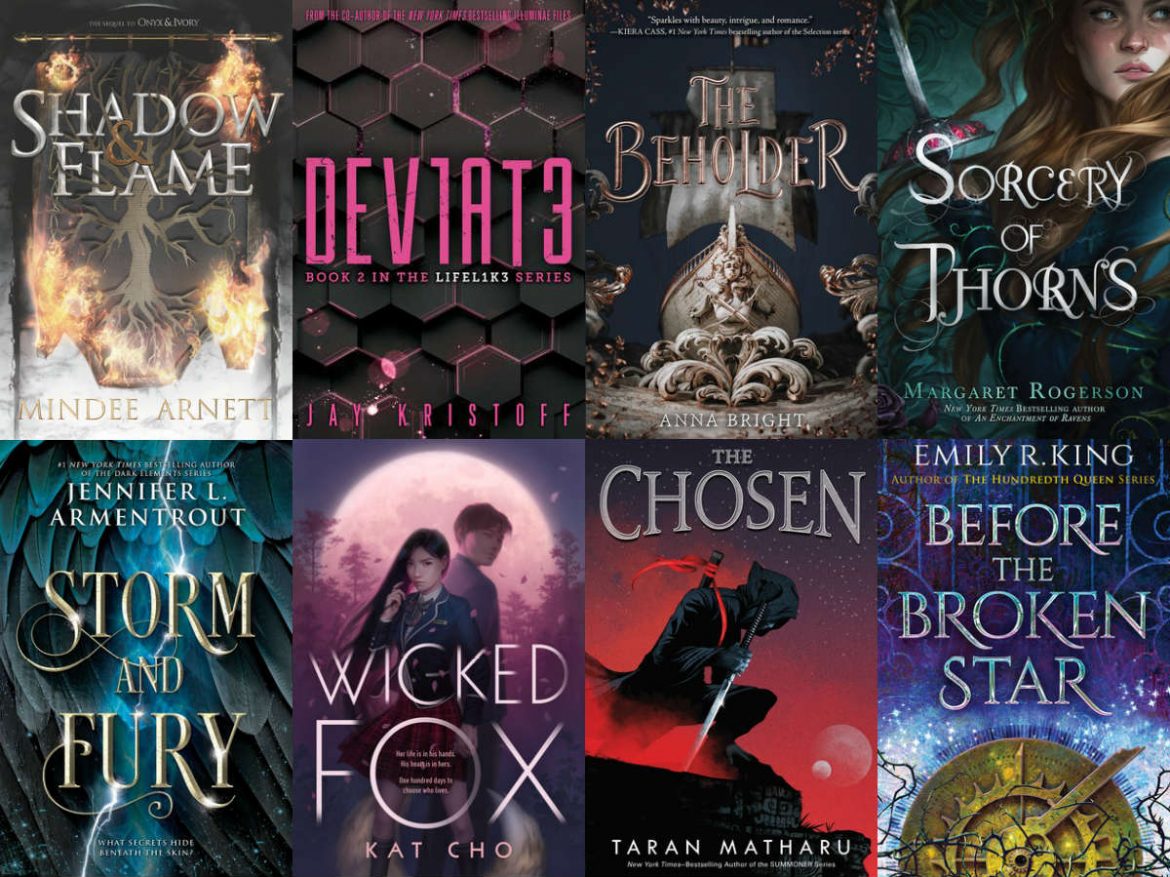 June is right around the corner and that means it’s time to look ahead to all the new books that will hit the shelves. There are plenty of interesting books to look forward to in June 2019, so let’s get started!

We start this overview with a sequel. Shadow & Flame is the second and final part in the Rime Chronicles that started with Onyx & Ivory. I have to confess I will need a refresher about the events in that first book before I read this one. But I do remember it has dangerous nightdrakes – that now start to attack during the day as well – and our main character Kate is a wilder, born with magic that allows her to influence the minds of animals. In this second book, Kate and Corwin are on the run, looking for allies in the war. Can Kate learn to control her own power? Out on June 4th!

This is another sequel, this one to LIFEL1K3. I haven’t read that first book yet, but I really want to, so I’m not going to look at the synopsis for the sequel. But I can tell you that in LIFEL1KE, we travel to a floating junkyard beneath a radiation sky, where we meet Eve. When she discovers the ruins of an android boy named Ezekiel, her world is turned upside down. Together with Ezekiel, her best friend Lemon Fresh and robotic conscience Cricket, Eve sets out to save the ones she loves, and learn the secrets of her past. As I said, I haven’t read the first book yet, but it’s Jay Kristoff and I’m starting to think the man is incapable of writing a bad book, so go read this series! DEV1AT3 is out on June 25th!

Selah, the only daughter of the leader of Potomac, knows it is her duty to find the perfect match, a partner who will help secure the future of her people. But after being publicly rejected by her childhood friend, Selah is sent across the Atlantic by her stepmother. There, a series of potential suitors awaits. Selah’s journey takes her from English castles to the fjords of Norge, but there are more secrets than just her stepmother’s schemes… Right, so this has strong Cinderella retelling vibes, and fjords. Fjords! How can I say no to that?! Out on June 4th!

Elisabeth was raised as a foundling in one of the Great Libraries and as such, has grown up among magical grimoires – tools of sorcery. Now, she hopes to become a warden and protect the kingdom against the power of these grimoires. But when an act of sabotage releases the most dangerous grimoire and Elisabeth’s intervention implicates her in the crime, she is has to leave her home behind and face justice in the capital. Elisabeth has only one place to turn to: her sworn enemy, the sorcerer Nathaniel Thorn, and his mysterious demonic servant. And soon, Elisabeth starts to question everything she’s been taught…  Out on June 4th!

Trinity Marrow, who is going blind, has a unique gift: she can see and communicate with ghosts and spirits. But this gift is part of a dangerous secret that has forced her into hiding in a compound guarded by Wardens – gargoyle shapeshifters – who protect humankind from demons. But when reports arrive that something out there is killing both demons and Wardens, Trinity’s safe world implodes. Especially when she meets Zayne, an annoying-yet-fascinating outsider with secrets of his own. The two of them must work together when demons breach the compound and a supernatural war unfolds. This sounds somewhat similar to Sorcery of Thorns, but hey, there’s no such thing as too many stories about magic, demons and enemies-to-lovers! Out on June 11th!

Let’s leave those fantasy worlds behind for a moment and travel to modern-day Seoul. Gu Miyoung has a secret: she’s a gumiho, a nine-tailed fox who must devour the energy of men to survive. After feeding one full moon, Miyoung crosses paths with Jihoon, a human boy being attacked by a goblin in the forest. She violates the rules of survival to rescue the boy, losing her fox bead and gumiho soul in the process. But Jihoon has seen her nine tails and knows what she is, yet is drawn to her anyway. They becomes friends… and more… But when a young shaman tries to reunite Miyoung with her bead, the consequences are disastrous and she is forced to choose between her immortal life and Jihoon’s. I am a sucker for mythology (though I have to confess I don’t know much about Korean mythology), so this definitely goes on my buy list! Out on June 25th!

You might know Taran Matharu from his Summoner series. I have been eyeing his books for a while now, but haven’t read any of them yet. And here he is with a brand new series, set in a world where people have been vanishing with no explanation. Cade is settling into a new boarding school when he finds himself transported to another realm. This world is populated with remnants from the past: prehistoric creatures, ancient relics – and people. But before Cade can adjust to his new reality, he and his classmates are forced to become contenders in a brutal game, controlled by mysterious overlords. From this synopsis, it sounds like a Maze Runner/Hunger Games-ish story, with possibly DINOSAURS??? I need this right now! But I’ll just have to wait until June 4th, like everyone else, I suppose!

And we finish this list with the story of Everley, lone survivor of her family’s unexplained assassination. She was saved by her clockwork heart. But the time she was given won’t last forever, so she must hurry to expose Killian Markham, the navy admiral who shattered her world and left her for dead. Her journey takes her to a penal colony, where she will be married off. It is here, and beyond, that treasures are unearthed and family secrets are buried. And it turns out Markham may not be who he seems, making Everley’s pursuit for truth bound to his redemption, her tragic history and astonishing destiny. Out on June 1st!

Those are the books I’m looking forward to the most, but below you can find the full list of June 2019 releases for more inspiration:

And that’s every book coming to a bookstore near you in June 2019! Which ones are you most excited about? Let me know in the comments below!