New Books I Look Forward To In June 2020 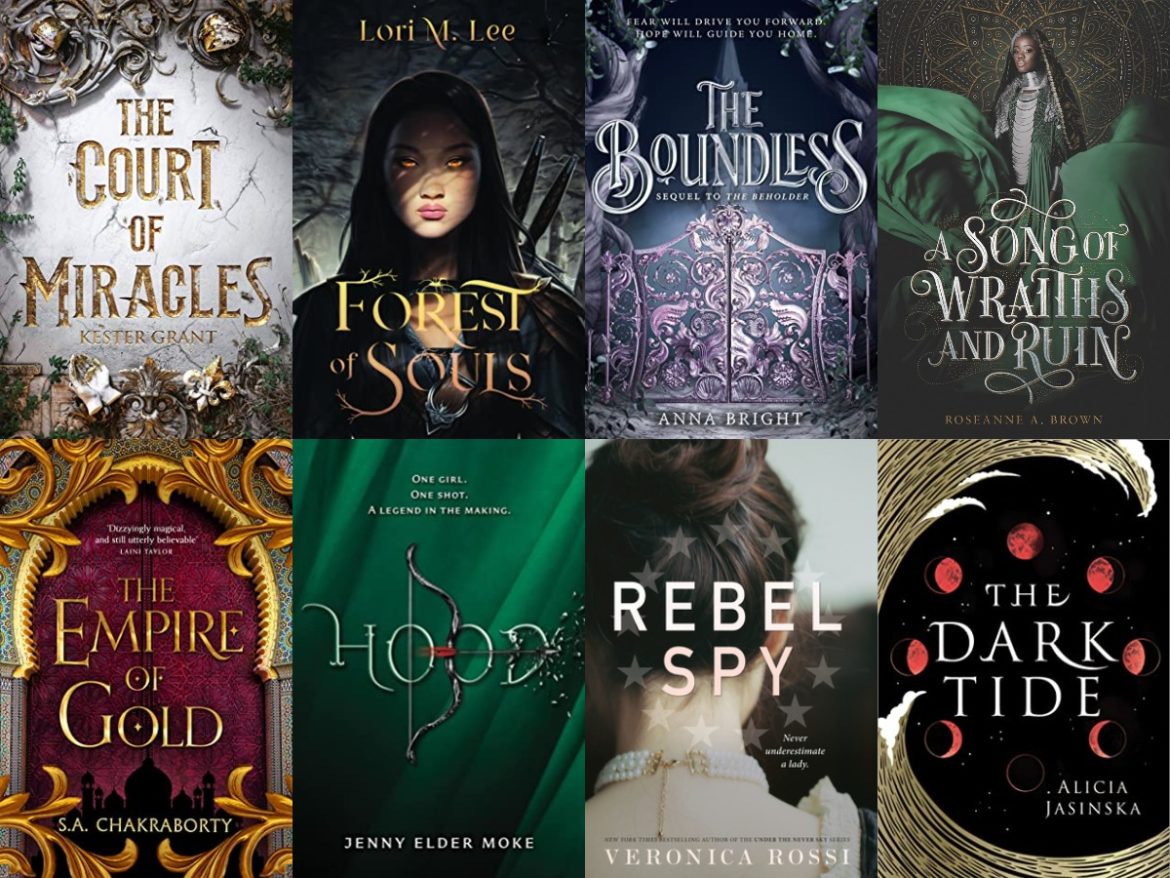 Hi everyone! Am I the only one who thinks time is acting even stranger than before? March seemed to last for ages, but then April and May flew by. I can’t believe it’s almost June already! That also means it’s time to look forward to all the new books hitting the shelves in the coming weeks. Here are some June 2020 books I’m looking forward to!

Note: I tried to double-check everything, but it’s possible there are still mistakes in this list. So if one of these books has been postponed or if I missed a June 2020 release, let me know in the comments!

I also considered the first publication date of a book to include it here. So it’s possible that a book only comes out as ebook for now, with physical copies coming later. Or that a book is published in June in one country and later in another.

Sirscha Ashwyn has been training for years to become the queen’s next royal spy. But her plans are derailed when shamans kill her best friend Saengo… And Sirscha restores Saengo to life. As the first soulguide in living memory, she is summoned to the domain of the Spider King. For only a soulguide can restrain the trees in the Dead Wood – an ancient forest possessed by souls that the King uses to enforce peace between the kingdoms. Now Sirscha must master her newly awakened abilities before the trees shatter the peace, or claim Saengo. Hi, it’s me and I need this book NOW! Guess I’ll have to wait until it comes out on June 23rd though!

A Court of Miracles – Kester Grant

Paris, 1828. The French Revolution has failed and the city is divided between royalty and nine underworld criminal guilds, known as the Court of Miracles. Eponine is a talented cat burglar and member of the Thieves Guild. Her life consists of midnight robberies, avoiding her father’s fists, and watching over her adopted sister, Cosette. When Cosette attracts the eye of the Tiger – the ruthless lord of the Guild of Flesh – Eponine is caught in a desperate race to keep her sister safe. Her vow takes her from the city’s dark underbelly to the court of Louis XVII. And it forces her to make a terrible choice: protect Cosette and set off a brutal war between the guilds, or forever lose her sister to the Tiger. Les Misérables in an alternate version of Paris? Yes please! Out on June 2nd!

Speaking of reimagenings… Isabelle of Kirklees has lived a quiet life inside the sheltered walls of the convent. But after she is arrested by royal soldiers for defending innocent villagers, Isabelle becomes the target of the Wolf, King John’s ruthless right hand. Her mother, Marien, helps Isabelle escape and sends her on a mission to find the one person who can help: Isabelle’s father, Robin Hood. This thrusts Isabelle into a world of thieves and mercenaries, new enemies, and a king who wants her entire family dead. Look, we always need more Robin Hood retellings. And this sounds great! Out on June 9th!

A Song of Wraiths and Ruin – Roseanne A. Brown

For Malik, the Solstasia festival is a chance to escape his war-stricken home and start a new life with his sisters in the prosperous desert city of Ziran. But when a vengeful spirit abducts Malik’s sister, Nadia, he strikes a fatal deal: kill Karina, the crown princess, for Nadia’s freedom. Meanwhile, Karina’s mother, the Sultana has been assassinated and her court threatens mutiny. Karina decides to resurrect her mother through ancient magic – which requires the beating heart of a king. Karina knows how to get one: by offering her hand in marriage to the victor of the Solstasia competition – in which Malik takes part. As ancient evil stirs and they become aware of their attraction, will they be able to see their tasks to the death? Y’ALL! Doomed romance and West African folklore? Sign me up! Out on June 2nd!

Every year on St. Walpurga’s Eve, the Witch Queen lures a boy back to her palace. An innocent life to be sacrificed to keep the island city from sinking. Lina is convinced her brother is going to be taken this year. She seeks the help of Thomas, the boy she secretly loves and the only person to ever escape from the palace. But they draw the queen’s attention and Thomas is chosen. Lina offers herself to the queen in return of Thomas’s freedom and the two girls await the full moon together. But they are not what the other expected and they find themselves falling for each other. Who will they save: themselves, each other, or the island city? Oh yes, more doomed romance! Out on June 2nd!

A shipwreck off the coast of Grand Bahama Island in 1776 presents an unthinkable opportunity to Frannie Tasker to escape her brutal stepfather. She takes on the identity of one of the shipwreck’s victims, Emmeline Coates, and – rescued by a British merchant ship – sails to New York. For three years, she lives there and finds herself in a courtship with a British lieutenant. But after witnessing the darker side of the war, she realizes her position gives her power. Soon, she finds herself eavesdropping on British officers and passing that information on to George Washington as Agent 355. She believes in the fight for American liberty, but what will it cost her? This is historical fiction, inspired by the true Agent 355 (whose identity remains a mystery). And it sounds so exciting! Out on June 23rd!

This is the sequel to The Beholder, which I read last year and loved. I won’t talk about the sequel’s synopsis here to avoid spoilers for those of you who haven’t read the first book yet. But in the first book, Selah is sent by her father, the leader of Potomac, across the Atlantic to find a suitor. The story is set on an alternative Earth and the suitors are inspired by mythology and legends. It’s a fun story that doesn’t require too much thinking. Which is perfect for when you have quarantine brain, right? I can’t wait to find out what happens next in The Boundless (also, look at that cover *heart-eyes*). Out on June 9th!

The Empire of Gold – S.A. Chakraborty

This is technically an adult novel, but I know it has a big YA audience. The Empire of Gold is the third and final installment of the Daevabad trilogy which started with The City of Brass. I haven’t read any of these books, but they’re next on my Buy List. They tell the story of Nahri, a con woman in 18th-century Cairo. When she accidentally summons a djinn warrior, she is forced to accept magic is real. The djinn tells her a tale of Daevabad, the legendary city of brass, to which Nahri is bound. There, old resentments are simmering and Nahri learns that true power is fierce and brutal. That magic cannot shield her from the dangerous web of court politics. And that schemes can have deadly consequences. How good does this sound?! The Empire of Gold is out on June 11th!

Looking for even more new books? Here’s the full list of YA releases for June 2020!

And that’s the list of June 2020 books we can look forward to! Which ones are you most excited about? Let me know! Happy reading!