New Books I Look Forward To In March 2019 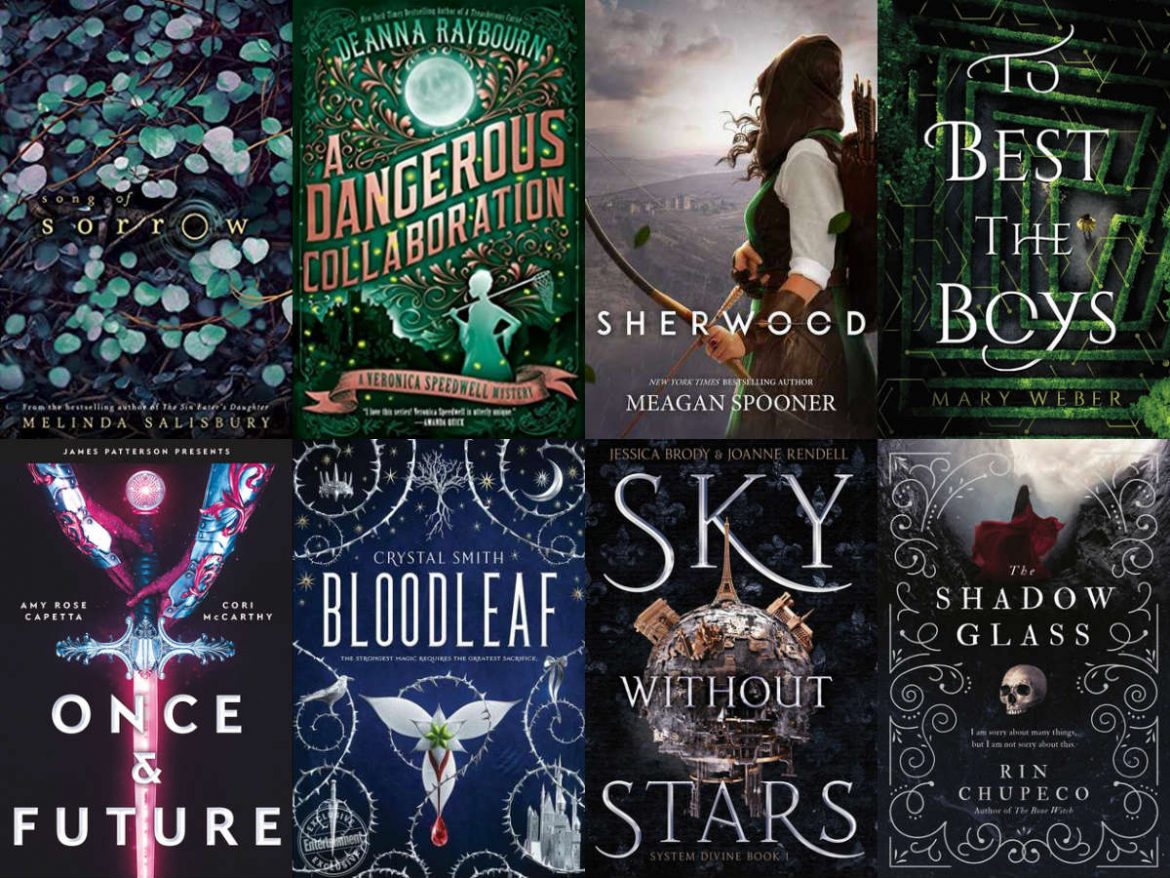 Can you believe there’s another month done and dusted? That means it’s time to look forward to all the new books hitting the shelves in March. And let me tell you, it wasn’t easy to pick just eight to highlight! So without further ado, here are the March 2019 releases I’m most excited about!

We start with the sequel to one of my favourite books of last year. State of Sorrow was a delightful story of intrigue with main character Sorrow ruling the country when her brother, who supposedly died years ago, suddenly turns up alive and well. Or is it an imposter sent by a rival nation to take over the country? Song of Sorrow is the second and final part of this duology, and it promises even more scheming and twists. Out on March 7th!

This is the fourth book in the series about butterfly expert Veronica Speedwell and her moody partner Stoker, that started with A Curious Beginning. This time our Victorian-era detectives travel to Cornwall, where Stoker’s brother Tiberius needs their help. Veronica is to pose as his fiancée for a party at Lord Romilly’s house. Romilly’s wife disappeared three years ago and it soon becomes clear all the invited guests have a connection to her. I adore Veronica and Stoker, their chemistry is amazing and I can’t wait to read more of their banter! Out on March 12th!

This is, as you might have guessed, a Robin Hood retelling, by the author of Hunted. When news arrives that Robin of Locksley has fallen in battle in the Holy Land, Marian is devastated. Her betrothed is dead, the people of Locksley are being persecuted by the sheriff of Nottingham and the sheriff’s right hand wants to take over as Lord of Locksley and as Marian’s fiancé. But when she puts on Robin’s Hood, she never expected to be mistaken for Robin, returned as a vigilante. I love Robin Hood, so I’m really excited about this! Out on March 19th!

To Best the Boys – Mary Weber

Every year, all eligible-aged boys are invited to compete for a scholarship to the all-male Stemwick University. Girls, on the other hand, are trained in wifely duties. But sixteen-year-old Rhen wants to become a scientist more than anything. When her mother falls victim to the deadly disease ravaging her seaside town, Rhen and her cousin Seleni don disguises and enter the labyrinth, to best the boys and claim the scholarship. I’m so here for girls refusing to accept their fate. And competing in a labyrinth? Yes please! Out on March 5th!

One story/legend/myth that has always fascinated me, is that of King Arthur. So when I hear about a science-fiction, genderswapped retelling, you can be sure I’m listening. When Ari crash-lands on Old Earth and pulls a magic sword from its resting place, she is revealed to be the newest reincarnation of King Arthur. Together with Merlin, who has aged backward and now is a grumpy teenager, she sets out on a quest to defeat the cruel, oppressive government and bring peace and equality to all humankind. Out on March 26th!

Princess Aurelia is destined to marry the crown prince of Achelva, the greatest enemy of her own country Renalt. But when an assassination attempt forces her to use forbidden magic, she is driven from Renalt by the witch-hunting Tribunal. Before she can claim asylum in the court of her betrothed, her travel party turns on her and she is forced to trade places with her treacherous lady-in-waiting. Now Aurelia has to decide whether she will accept her new life, or fight for her old one, while navigating the ties binding her to the prince, the ghost of an ancient queen and a poisonous plant called bloodleaf. Out on March 5th!

On the planet of Laterre, the extravagant elite class reigns supreme while the poor starve in the streets. But a rebel group is resurfacing and revolution is brewing. That revolution hinges on three unlikely heroes: Chatine (a thief), Marcellus (an office and son of a traitor), and Alouette (a guardian for the last surviving library on the planet). This is described as “Les Misérables meets The Lunar Chronicles”. I haven’t read Les Mis, but I love TLC and this sounds like a great space opera! Out on March 26th!

This is the third and final part of the Bone Witch trilogy. I haven’t read these books yet, but I’ve heard so many good things about them! In this series, we meet Tea, who accidentally resurrects her brother from the dead. Her necromancy makes her feared by her community, and she finds solace with an older, wiser bone witch, who takes Tea and her brother to another land for training. The Shadow Glass is out on March 5th!

Looking for even more new releases? Here’s the full list of March 2019 YA releases (with a few extras)!

Whew! That’s an impressive list, if you ask me! What March 2019 releases are you most excited about? Let me know in the comments below!