New Books I Look Forward To In March 2020 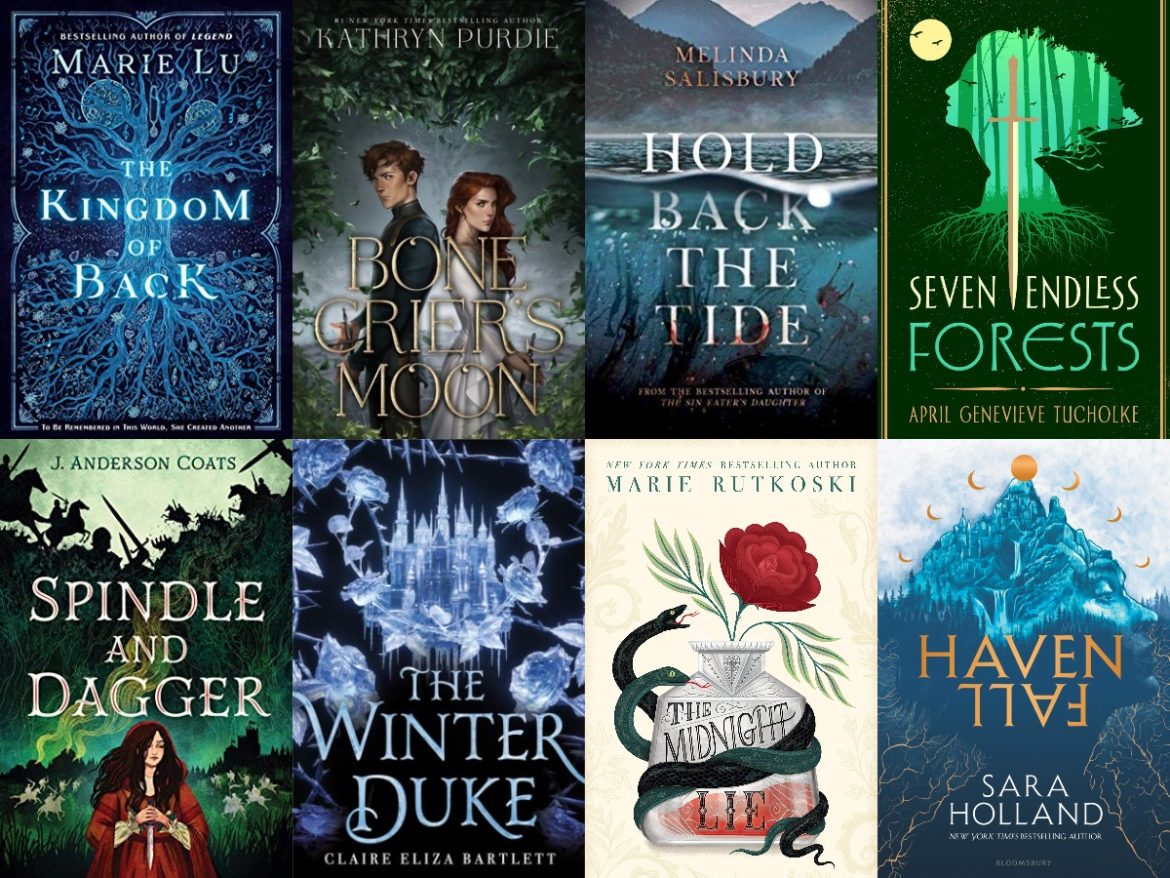 Hi everyone! How’s 2020 treating you so far? My year so far has had some ups and downs. But in a few weeks, I’ll (hopefully, if nothing goes wrong) be in London, and I’m planning to go book shopping! So expect a book haul post in the near future! Speaking of new books, March 2020 is right around the corner, so here’s my list of books I’m looking forward to the most!

The Kingdom of Back – Marie Lu

Everyone knows Wolfgang Amadeus Mozart, but how many people know his older sister, Nannerl? Like her brother, Nannerl has a gift for music. But she has little hope she’ll ever become the acclaimed composer she longs to be. As a young woman in the 18th century, she can only perform until she reaches a marriageable age. Meanwhile, Wolfgang’s brilliance begins to eclipse her own, until one day a stranger appears with an irresistible offer. He can make her wish come true – but his help may cost her everything. Y’ALL! A story that focuses on Nannerl Mozart?! And with added fantasy elements?! Written by Marie Lu, the author of Warcross?! Give it to meeeeeee! Out on March 3rd!

Bone Criers have a sacred duty: they ferry the spirits of the dead into either the Night Heavens or the Underworld. But this power comes from sacrificing their one true love. Ailesse has been prepared since birth to become the matriarch of the Bone Criers, a family of women who draw strength from animal bones. Now she must complete her rite of passage and kill the boy she’s also destined to love. Bastien’s father was slain by a Bone Crier and he has been seeking revenge ever since. When he captures Ailesse, her best friend Sabine will do whatever it takes to save her, even if it means defying their traditions to break the bond between Ailesse and Bastien. How awesome do this world and magic system sound?! I definitely need this! Out on March 10th!

Hold Back the Tide – Melinda Salisbury

Alva’s quiet lakeside community has an open secret: Alva’s father killed her mother, all those years ago. But now there are tales of terrifying creatures rising out of the lake. At first, Alva is sure these are just silly rumours. But as terror begins to grip the village, she realizes the horrors of the present may be linked to the dark secrets of her past. This is literary horror fiction and I’ll be honest, I’m a bit of a coward and horror isn’t my favourite genre. But I loved Salisbury’s State of Sorrow, so I’m actually looking forward to this one. Out on March 5th!

This is a companion novel to The Boneless Mercies, but I think you can read it as a standalone. On the heels of a plague, Torvi’s sister Morgunn is stolen from the family by Uther – a Fremish wolf-priest who leads a pack of starving girls. Torvi joins a shaven-skulled druid and a band of roaming Elsh artists known as the Butcher Bards. And together, they set out on a quest to rescue Torvi’s sister and find a mythical sword. On their travels, they will encounter magical night wilds, Drakes who trade in young men. They’ll find a mysterious tower, fight alongside famous archers and barter with wizards. So much more than Torvi could have imagined. Look, this sounds like a journey book and those are always hit-or-miss for me, but this sounds AMAZING! Out on March 31st!

Wales, 1109. Three years ago, a warband raided Elen’s home. Her baby sister and her older sister were both killed, and Elen was sexually assaulted. But she saw a chance to live, by healing the warband’s leader Owain and spinning a story of how he is protected by Saint Elen, as long as he keeps her namesake safe from harm. For three years, Elen has had plenty of food, clothes, and a bed to sleep in. But then Owain abducts Nest, the wife of a Norman lord, and her three children. As war rages, Elen begins to look at Nest and see a different life – if she can decide where her loyalties lie. This sounds really intriguing and I can’t wait to read it! Out on March 10th!

Ekata is looking forward to the moment her brother is finally named heir. At that point, there will be nothing to keep her at home in Kylma Above with her murderous family, not even Kylma Below, the underwater kingdom that provides her family with magic. But just as escape is within reach, her parents and siblings fall under a strange sleeping sickness. That night, Ekata inherits the title of duke, her brother’s warrior bride, and challengers from without – and within. For Kylma Above – and Ekata herself – to survive, she’ll have to seize her family’s power and decide how to wield it. According to the synopsis, this is “part Sleeping Beauty, part Anastasia, with a thrilling political mystery”. This book is written for me, it seems! Out on March 3rd!

Nirrim lives in the Ward, where crime abounds, a harsh tribunal rules, and society’s pleasures are reserved for the High Kith. People of Nirrim’s low status are forbidden from sampling sweets or wearing colours. But then she encounters Sid, a traveler who whispers rumours that the High Caste possesses magic. Sid tempts Nirrim to seek that magic for herself, but she’ll have to surrender her old life and place her trust in this stranger who asks not to be trusted. This is set in the same world as Rutkoski’s Winner’s Trilogy (which I haven’t read) and it promises an epic LGBTQ romantic fantasy. Who could say no to that? Out on March 3rd!

Hidden deep in the mountains of Colorado lies the Inn at Havenfall, a sanctuary that connects ancient worlds. For generations, the inn has protected all who seek refuge within its walls. For Maddie, summers at the Inn are an escape from reality, where her mother sits on death row accused of murdering Maddie’s brother. It’s where Maddie fell in love with the handsome Fiorden soldier Brekken. And one day, she hopes to inherit the role of Innkeeper from her uncle. But this summer, a dead body is found. With Brekken missing, her uncle gravely injured, and a dangerous creature on the loose, Maddie finds herself responsible for the safety of everyone in Havenfall. Soon, one thing becomes clear: no one can be trusted, and no one is safe. Out on March 3rd!

I usually only list the 8 books I am looking forward to the most. But, despite not being overly excited about these next two books myself, I am aware that for many readers these books are at the top of their TBR lists.

You probably know Sarah J. Maas from her Throne of Glass series, or her A Court of Thorns and Roses series, two hugely popular YA series). House of Earth and Blood is her first adult novel. It’s a contemporary fantasy, with a young woman out for revenge after the murder of her closest friends by a demon, and a Fallen angel. Oh, and it promises some steamy scenes! Out on March 3rd!

Cassandra Clare is back with another Shadowhunters trilogy, this time in Edwardian London. The protagonists are James and Lucie Herondale, children of Will and Tessa. They have grown up in a peaceful city, but then the Blackthorn and Carstairs families come to London… and so does a plague. If you’re into the Shadowhunters series, you won’t want to miss this. Out on March 3rd!

Looking for even more new books? Here’s the full list of YA releases for March 2020!

And that’s all the new YA books for March 2020. Which books caught your eye? Let me know in the comments below!