New Books I Look Forward To In November 2019 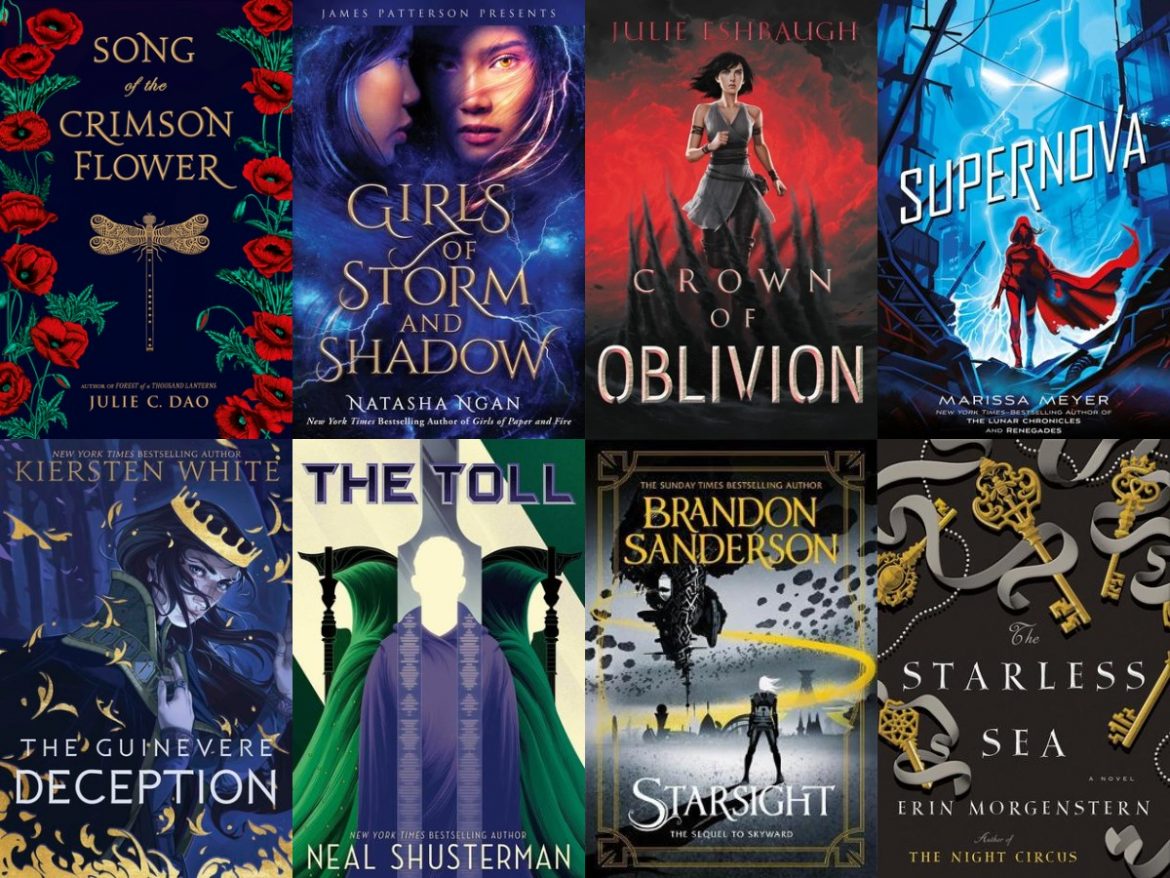 Hi everyone! I hope you had a lovely Halloween. Did you have a costume? Let me know in the comments below! We don’t really dress up for Halloween here, unfortunately. No trick-or-treating here either, so I spent the evening reading. Speaking of reading… Do you have any idea how many exciting books we can look forward to this month?! It’s insane! So I made an overview of the 8 books I’m looking forward to the most in November 2019!

Lan, the daughter of a wealthy nobleman, regrets cruelly rejecting Ban, the poor physician’s apprentice. When she finds his prized flute in his boat near her house, she takes it into her care. What she doesn’t know is that Bao’s soul has been trapped inside it by an evil witch and that only love will set him free. He despises her, but Lan vows to help him break the spell. Together, they travel across the continent, meeting the Empress and her Commander. Can they break the spell? This is a standalone novel that’s set in the same world as Julie C. Dao’s previous books, Forest of a Thousand Lanterns and Kingdom of the Blazing Phoenix. I enjoyed both of those, so this is also going on my list. Out on November 5th!

This is the sequel to Girls of Paper and Fire, which I read last year and absolutely loved. It tells the story of a naive country girl who is abducted from her home to become a courtesan in the palace, where the cruel Demon King rules. There, she meets Wren, one of the other courtesans. I’m not going to talk about that first book in more detail here (you can read my review though), nor will I mention the synopsis of this sequel since it would spoil what happened in that first book. You only need to know that this series features and LGBTQ protagonist and that it is amazing. I pre-ordered my copy and can’t wait to get my hands on it. And you can buy this book on November 5th!

Astrid is the surrogate for Princess Renya, meaning she bears Renya’s physical punishment. She has to do this, because she and her family are Outsiders, the lower class without magic or citizenship. There is a way of that life though: competing in the deadly Race of Oblivion. Before they enter, Outsiders are administered a drug which wipes their memory. Astrid soon meets Darius, a fellow racer. They team up, but when Astrid’s memories begin to resurface, she remembers he was a scorned foe of hers who might want revenge. She also starts to notice she has powers no Outsider should have. Should she risk her life to remember the mysteries of the past, or play the game in order to win her and her family’s freedom? Hunger Games vibes, anyone? But the memory-wiping drug and the magic make this sound super fascinating! Out on November 12th!

This is the conclusion to Marissa Meyer’s Renegades trilogy. I own a copy of the first book in the series, but haven’t read it yet. But! It’s Marissa Meyer and I loved her Lunar Chronicles and Heartless, so I should probably get to it soon! So about this series… The Renegades are prodigies who emerged from the ruins of society and established peace and order. Nova hates the Renegades and is on a mission for vengeance. Then she meets Adrian, a Renegade boy who believes in justice. I’m not going to look at the synopsis of Supernova because I don’t want to read spoilers, but I’ve heard so many great things about this series and I love Meyer’s other books. So this goes on my list. Supernova is out on November 5th!

Magic threatens king Arthur’s kingdom. The great wizard Merlin has found a solution: send in Guinevere to be Arthur’s wife and protector. But she has a secret: Guinevere is not her real name and she is actually a changeling. She must navigate the court, balancing those who want things to continue as they have been and those who want change. Magic lies in wait to reclaim the land. And then there is the girl with the long black hair, riding toward Arthur. Kiersten White is the author of And I Darken, a gender-bent Vlad the Impaler story. I loved that book and I’ve always been fascinated by the legend of King Arthur, so I definitely need this. Out on November 5th!

This is the third and final book of the Arc of a Scythe series by Neal Shusterman. Since I’ve only read the first book so far and not the second (curse you, book buying ban!), I’m not going to read the synopsis of this one. But I can tell you that Scythe, the first book, was one of my favourite reads this year. It is about a society that has conquered death, and where some are appointed to kill (“glean”) people to cull population growth. Citra and Rowan, two apprentice Scythes, struggle with the moral dilemmas of killing people. And then they are told one of them will have to kill the other… I loved the questions this book asks, and the great humor that keeps it all entertaining. The Toll, the finale of this series, is out on November 5th!

Yes, this is another sequel. Last year, I read Skyward by Brandon Sanderson and loved it! This series tells the story of Spensa, who always dreamt of becoming a pilot. But she has to fight the prejudice of everyone around her, because her father – also a pilot – was a traitor. Against all odds, she is admitted to flight school, where she can start her training. When she finds the wreckage of a spaceship, Spensa tries to repair it, but discovers the ship appears to have a soul. And that’s not the only unexpected secret she will uncover. As I said: I LOVED this first book and can’t wait to read the sequel! Starsight is out on November 26th!

And we end this list with a book that is not YA, but adult. Zachary is a graduate student when he discovers a mysterious book. As he turns the pages, he reads something strange: a story from his own childhood. A series of clues leads Zachary to a masquerade party in New York, to a secret club and through a doorway to an ancient library. There, he finds a place of lost cities, lovers who pass notes across time and stories whispered by the dead. He also learns of those who have sacrificed much to protect this realm and those intent on its destruction. Together with Mirabel – protector of the place – and Dorian – whose alliances keep shifting – Zachary travels this world, discovering his purpose. HOW AMAZING IS THIS?! This sounds like such a wonderful journey! Out on November 5th!

Looking for even more new books to read? Here’s the full list of November 2019 YA releases!

And that’s all for November 2019! Which books are you adding to your TBR list? Let me know!