New Books I Look Forward To In October 2019 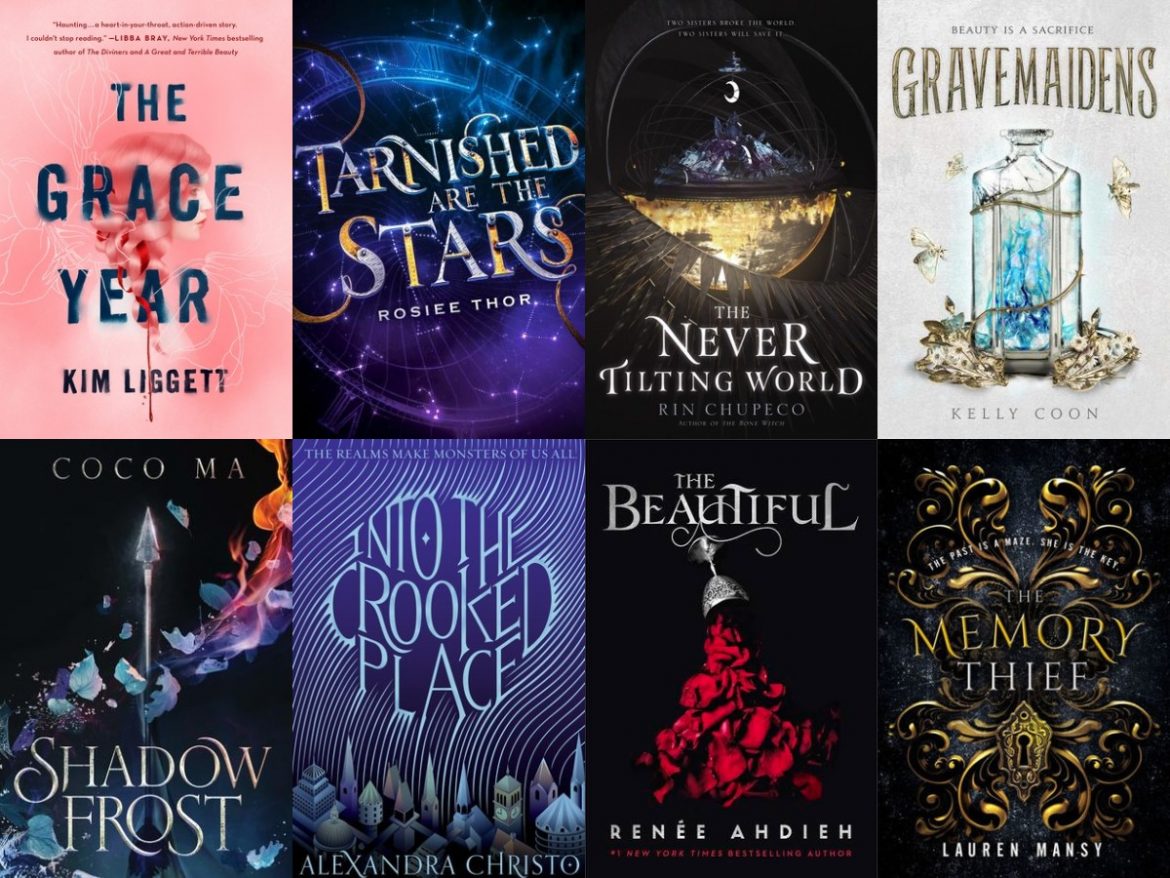 Hi everyone! I decided to take it easy the last two weeks, which is why there was only one post per week. But now I’m back, with one of my favourite posts to write each month: the overview of new books hitting the shelves! And October 2019 is looking great! So let’s dive right in.

In Garner County, girls are told they have the power to lure grown men from their beds and drive women mad with jealousy. That’s why they’re banished for their sixteenth year, to release their magic into the wild. But not all of them will make it home alive. Tierney dreams of a better society, but quickly realizes their greatest threat may very well be each other. This science-fiction novel sounds fascinating as it explores the complex relationships between girls and the women they become. Out on October 8th!

Tarnished Are the Stars – Rosiee Thor

Anna Thatcher has a secret: she has an illegal clockwork heart. Under the moniker Technician, she supplies black market medical technology to the sick and injured, against the Commissioner’s laws. Nathaniel Fremont, the Commissioner’s son, is determined to earn his father’s respect and sets out to capture the Technician. Their game of cat and mouse takes an abrupt turn when Eliza, a skilled assassin and spy, arrives. Her mission is to learn the Commissioner’s secrets. When these uneasy allies discover a dangerous secret, they have to work together to put an end to a deadly epidemic. Tarnished Are the Stars is a queer science-fantasy novel that sounds perfect for fans of The Lunar Chronicles. Out on October 15th!

Generations of twin goddesses have long ruled Aeon. But seventeen years ago, one sister’s betrayal split the world in two. The planet stopped spinning, with a Great Abyss dividing two realms: one of eternal night, one of perpetual sunlight. While one sister rules the frozen city of Aranth, her twin lives in the Golden City, surrounded by sand. Both goddesses have raised a daughter. When shadowy forces call these daughters, Odessa and Haidee, back to the site of the Breaking, the two young goddesses set out on separate journeys, desperate to heal their broken world. I don’t even know what to say, except that I need this so much! Out on October 15th!

Kammani wants nothing more than to become an accomplished healer, like her father used to be before her family was cast out of their privileged life. But when the ruler of the city-staty falls deathly ill, Kammani’s sister Nanaea is chosen as one of the three sacred maidens to join him in the afterlife. This is considered a great honor, but Kammani sees it for what it is: a death sentence. To save her sister, Kammani infiltrates the palace to heal the ruler. But there she discovers more danger than she could have imagined, and her own life and heart are at stake. Out on October 29th!

A mysterious demon terrorizes the kingdom of Axaria. When Asterin, princess and heir to the throne, discovers she may hold the key to defeating this monster, she – with the help of her friends and the power she wields – sets out to complete the task that countless soldiers have failed. But they soon unearth a plot to assassinate the princess instead. Asterin and her companions begin to wonder how much of their lives have been lies, and they have to decide how much they are willing to sacrifice to protect the world they know. Adventure! Power, Betrayal! Magic! Out on October 1st!

Into the Crooked Place – Alexandra Christo

The streets of Creije are for the deadly and the dreamers. Four crooks know just how much magic they need to survive: Tavia, who wants to put Creije and her crimes behind her; Wesley, who grew up on the streets and now wants to bring the realm to its knees; Karam, who spends her nights in the fighting rings; and Saxon, a resistance fighter hiding from the people who destroyed her family and who is out for revenge. When Tavia makes a crucial mistake, these outsiders have to work together to save their home and the world. This gives me Six of Crows vibes and I loved Alexandra Christo’s To Kill a Kingdom, so I’m looking forward to this! Out on October 8th!

Remember the big vampire hype about ten years ago? Well, the bloodsuckers are making a comeback! In 1872, New Orleans is ruled by the dead. Celine finds refuge in a convent here, after fleeing her life as dressmaker in Paris, but soon finds herself in its underworld, known as La Cour des Lions. When the body of one of the girls from the convent is found there, Celine has to battle her attraction to the group’s leader, Sébastien Saint Germain. But as more bodies are discovered, Celine takes matters into her own hands and soon uncovers an age-old feud from the darkest creature of the underworld. A romance that’s also a murder mystery, with a setting that sounds incredible, by the author of Flame in the Mist: this goes on my list! Out on October 8th!

Madame, the ruler of the city of Craewick, has cultivated a society in which memories are currency, citizens are divided by ability and Gifted individuals can take memories from others through touch. Etta desperately wants to love outside of the corrupt culture, but struggles with the guilt of an accident that left her mother bedridden in the city’s asylum. When Madame threatens to sell her mother’s memories to the highest bidder, Etta will do whatever it takes to save her. Even if it means rejoining the Shadows, the rebels she swore off years ago. To prove her allegiance, Etta has to steal a memorized map of the Maze, a formidable prison. Gaaaaaah, stealing memories, rebels, a corrupt society, and so much more. I need this! Out on October 1st!

Looking for even more new books? Here’s the full list of YA releases for October 2019!

Which October 2019 book(s) are you most excited about? Let me know in the comments!