New Books I Look Forward To In October 2020 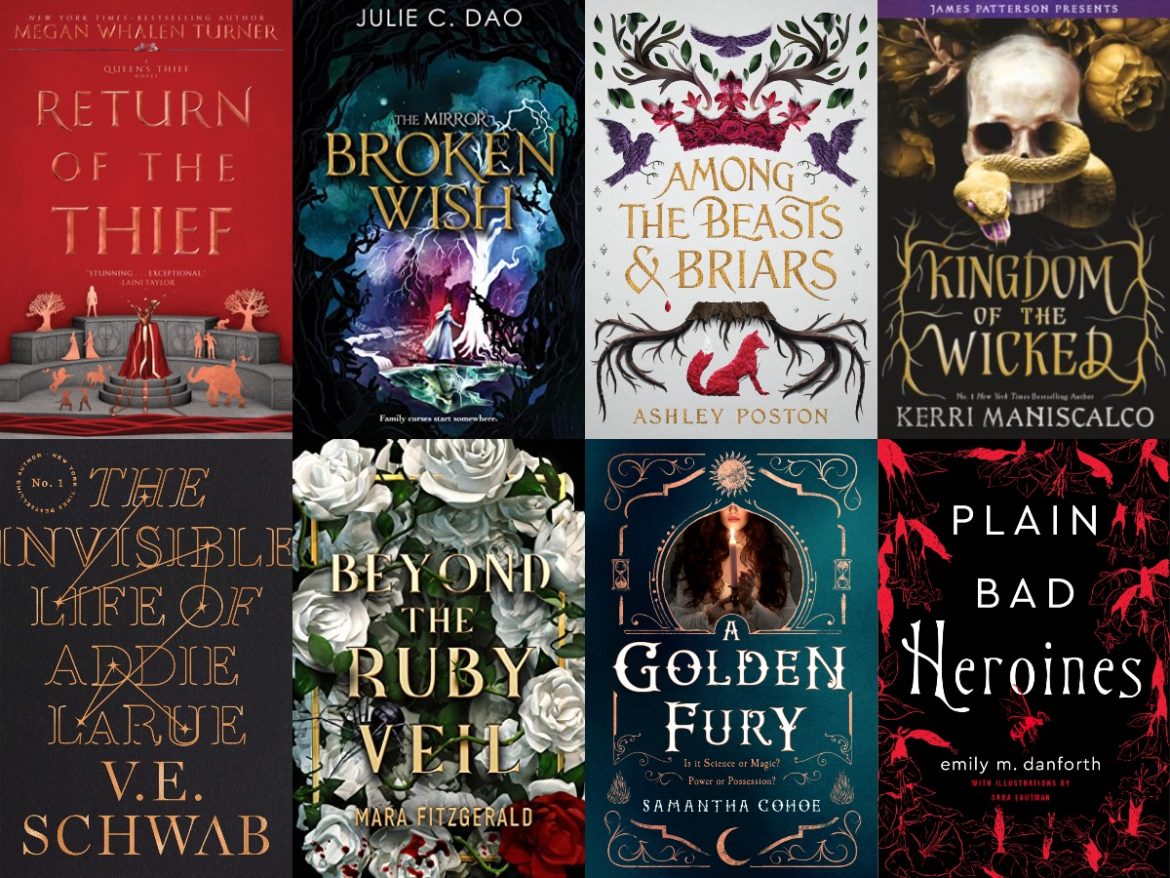 Hi everyone! It’s been a while since my last post, but I’ve just been too exhausted to read, let alone write about reading. I know this post is also a bit later than usual, since we’re already a few days into October. Apologies about the delay, but here we are at last! So without further ado, let’s dive into the list of October 2020 books and take a look at the ones I’m looking forward to the most!

This is the sixth (yep, sixth!) book in the Queen’s Thief series. Which I haven’t read, but I know it’s quite popular and the premise sounds interesting as well. I’m not going to look at the synopsis of this sixth book to avoid spoilers for when I – hopefully soon – start reading this series. But the synopsis of the first book tells about the king’s scholar who believes he knows the site of an ancient treasure. He needs a skillful thief to get it, and therefore selects Gen from the king’s prison. The scholar is interested in Gen’s abilities, but what Gen is interested in, is anyone’s guess. On their difficult and dangerous journey, they tell each other tales of the old gods and goddesses. Return of the Thief is out on October 6th!

1865, Hanau (Germany). Elva has a secret: she has visions and strange powers. She must hide them, because she knows what happens to witches in their small village of Hanau. She’s heard the terrible things people say about the Witch of the North Woods. But when Elva accidentally witnesses a devastating vision of the future, she decides she has to do everything she can to prevent it. Tapping into her powers for the first time, Elva discovers a magical mirror and its owner – none other than the Witch of the North Woods herself. As Elva learns more about her magic, and the lines between hero and villain begin to blur, she must find a way to right past wrongs before it’s too late. I loved Julie C. Dao’s Forest of a Thousand Lanterns and its antiheroine, so I can’t wait for this one! Out on October 6th!

Among the Beasts & Briars – Ashley Poston

Cerys is safe in the kingdom of Aloriya, where there are no droughts, famine, or disease, and peace is everlasting. It’s been this way ever since the first king made a bargain with the Lady who ruled the forest that borders the kingdom. But those woods have grown dark and cursed. Cerys barely escaped as the woods killed her friends and mother. Now she carries a bit of the curse in her blood. As a new queen is crowned, things long hidden in the forest descend on the kingdom. Cerys is forced on the run, her only companions a small annoying fox from the royal gardens, a strange bear, and the magic in her veins. She needs to find the Lady of the Wilds and beg for a way to save her home. Out on October 20th!

Kingdom of the Wicked – Kerri Maniscalco

From the author of the Stalking Jack the Ripper series, so I expect to be hiding under a blanket while reading this. Emilia and her twin sister Vittoria are streghe – witches who live secretly among humans. One night, Vittoria is murdered, her body desecrated beyond belief. Emilia sets out to find her sister’s killer and to seek vengeance – even if it means using dark and forbidden magic. Then Emilia meets Wrath, one of the Wicked – princes of Hell she has been warned against. He claims to be on her side, but when it comes to the Wicked, nothing is what it seems… Out on October 27th!

France, 1714. In a moment of desperation, a young woman makes a Faustian bargain to live forever and is cursed to be forgotten by everyone she meets. Thus begins the extraordinary life of Addie LaRue, and an adventure that will play out across centuries and continents, across history and art, as she learns how far she will go to leave her mark on the world. But everything changes when, after nearly 300 years, Addie stumbles across a young man in a hidden bookstore and he remembers her name. V.E. Schwab? Faustian bargains? AAAAAAAAAAAAAHHHHHH! Out on October 6th!

Beyond the Ruby Veil – Mara Fitzgerald

Emanuela always gets what she wants. Her most ambitious move yet? Marry Alessandro, her best friend and heir to the wealthiest house in Occhia. She doesn’t care that she and and her groom are both gay, because she only wants power. But she has a secret: the city’s only source of water is the watercrea, a mysterious being who makes water from blood. When a bruise-like omen appears on their skin, Occhians must surrender themselves to the watercrea to be drained of life. But Emanuela hasn’t done that. Instead, she’s kept the omen on her hip out of sight for years. When the watercrea exposes her during her wedding ceremony, Emanuela fights back and kills her. Now Occhia has no one to make their water. Emanuela and Ale must travel through the blood-red veil that surrounds their city to find a way to save their people. Out on October 13th!

Thea Hope longs to be an alchemist out of the shadow of her famous mother. Together, they are so close to creating the legendary Philosopher’s Stone – providing immortality and able to turn any metal into gold -, but then Thea’s mother destroys the stone in a fit of violent madness. Combing through her mother’s notes, Thea learns that there is a curse on the stone that makes people lose their sanity. With the threat of the French revolution looming, Thea is sent to Oxford, to live with the father who doesn’t know she exists. But in Oxford, there are alchemists after the Stone who won’t stop at anything to steal Thea’s knowledge of how to create the Stone. Soon she’ll have to choose: create the Stone and sacrifice her sanity, or let the people she loves die. Out on October 13th!

Flo and Clara, two impressionable students at the Brookhants School for Girls in the year 1902, are obsessed with each other and with a young writer, the author of a scandalous bestselling memoir. To show their devotion, they establish their own private club and call it the Plain Bad Heroine Society. They meet in an orchard – where their bodies are later discovered, victims of a swarm of stinging, angry yellow jackets. Less than five years later, the school closes forever – but not before three more people die on the property. Over a century later, another bestselling book inspires a controversial horror film adaptation, set at the crumbling Brookhants. But when the two main actresses and the book’s author arrive at the school, past and present become entangled. Look, this sounds creepy, but it’s apparently also really funny? Out on October 20th!

Looking for even more new books? Here’s the full list of October 2020 YA books (and some extras)!

And that’s my overview of books hitting the shelves in October 2020. Which ones are you looking forward to the most? Let me know in the comments!