New Books I Look Forward To In September 2020 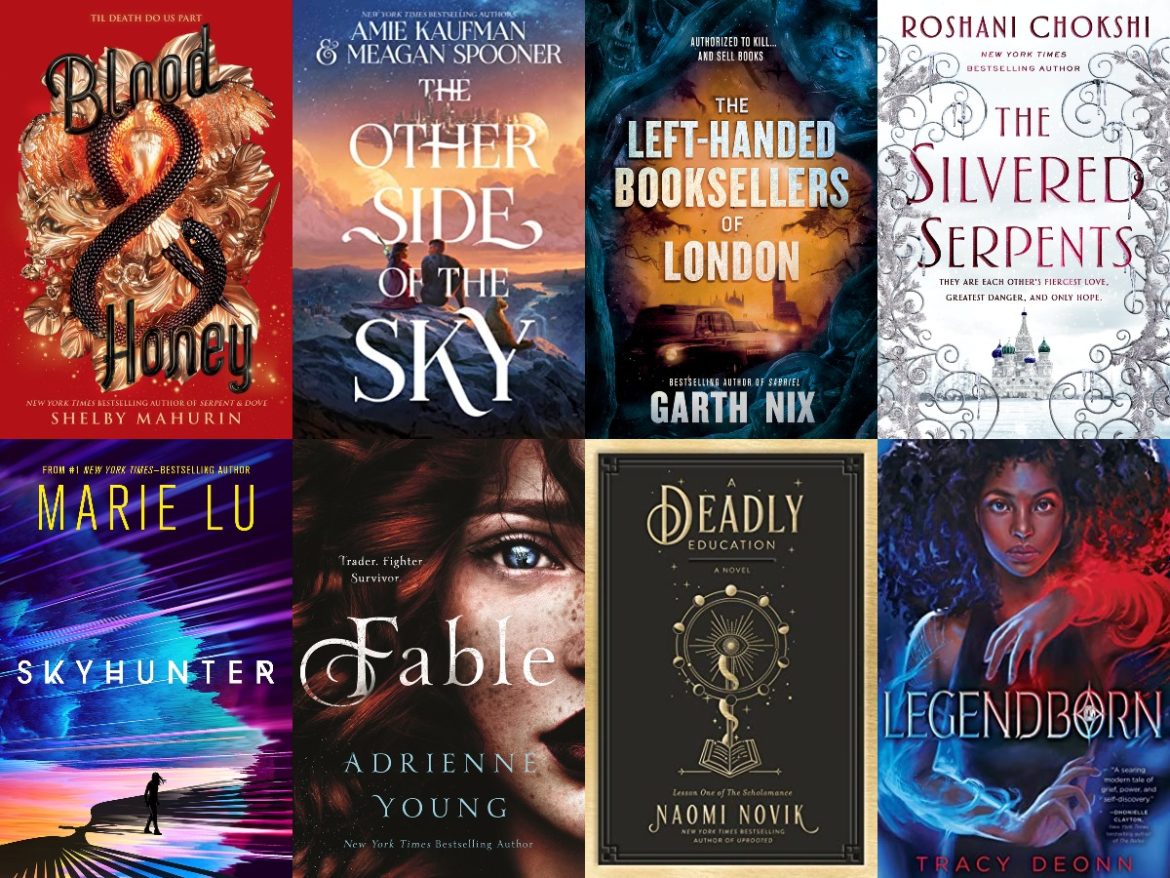 Hi everyone! How are you doing? I’m doing alright, but still struggling to read as much as I want to. Other stuff is keeping me busy and then I’m just too tired to pick up a book *sadface* And then I look at all the great books hitting the shelves next month and I start panicking, because how am I ever going to read all of them?! Too many books, too little time, amirite? Anyway, let’s take a look at some of the exciting September 2020 books!

This is the sequel to Serpent & Dove, one of my favourite books of last year. I won’t spoil anything about what happened in that first book, but I can tell you it’s about Lou, who has fled her coven and is now hiding in the city of Cesarine, where witches like her are hunted and executed. When a stunt goes wrong, she is forced to marry Reid, who is sworn to the Church as a Chasseur – a witch hunter. It’s a great enemies-to-lovers story and I can’t wait to find out what happens next! Blood & Honey is out on September 1st!

The Other Side of the Sky – Amie Kaufman & Meagan Spooner

Prince North’s home is in the sky, in a gleaming city held aloft by intricate engines, powered by technology. Nimh is the living goddess of her people on the Surface, responsible for providing answers, direction, and hope. North’s and Nimh’s lives are entwined, though their hearts can never be. Linked by a terrifying prophecy and caught between duty and fate, they must choose between saving their people or succumbing to the bond that is forbidden between them. The synopsis doesn’t give us a lot of information on what to expect, but sky princes? Forbidden feelings? Yes please! Out on September 8th!

A slightly alternate London, 1983. Susan is looking for her father, whom she has never met. Crime boss Frank Thringley might be able to help, but before she can ask him any questions, he is turned to dust by the prick of a silver hatpin in the hands of the attractive Merlin. Merlin is a left-handed bookseller (the fighting ones), who with the right-handed booksellers (the intellectual ones) are an extended family of magical beings who police the mythic and legendary Old World when it intrudes on the modern world. Oh, and they run several bookshops. Merlin also has a quest of his own, to find who is responsible for the murder of his mother. A quest that strangely overlaps with Susan’s. Look, I was sold after simply reading the title. But booksellers who guard the modern world from the Old one? I need this. Out on September 22nd!

This is the sequel to The Gilded Wolves, which I really enjoyed. In that first book – set in Paris in the late 19th century, treasure-hunter and hotelier Séverin is tasked by the elite Order of Babel to hunt down an ancient artifact. He calls upon a band of unlikely experts to explore the dark, glittering heart of Paris. I have to confess that, while I enjoyed The Gilded Wolves, I don’t really remember how that book ended. So I’d have to do at least a partial re-read of that one before reading The Silvered Serpents. But I can tell you the sequel is set in Russia and promises even more magic! Out on September 22nd!

The Karensa Federation has conquered a dozen countries, leaving Mara as one of the last free nations in the world. Refugees flee to its borders, because when the Federation captures them, they are turned into mutant war beasts, known as Ghosts. The legendary Strikers, Mara’s elite fighting force, are trained to stop these monsters, but defeat seems inevitable. Talin Kanami is a refugee who has pledged her live as a Striker to push Karensa back. When a prisoner is brought from the front, Talin senses there’s more to him than meets the eye. Is he a spy from the Federation? Or the weapon that could save them all? I cannot describe how excited I am about this one. Scifi? By Marie Lu? Yes please! Out on September 29th!

Fable is the daughter of the most powerful trader in the Narrows and the sea is the only home she has ever known. Four years ago, she watched her mother drown during a storm. The next day, her father abandoned her on a legendary island filled with thieves and little food. The only thing that keeps her going, is the goal of getting of the island, finding her father and claiming her rightful place beside him and his crew. To do so, Fable enlists the help of a young trader named West. But her father’s rivalries and the dangers of his trading enterprise have only grown and Fable soon discovers that West isn’t who he seems. Did someone say pirates? By the author of Sky in the Deep? Count me in! Out on September 1st!

Okay, so from what I’ve found, this is not technically YA, but adult (one day, I’m going to write a rant about how fantasy by women *always* gets labeled as YA), but that doesn’t mean teens can’t read it of course. Anyway! Scholomance is a school for the magically gifted where failure means certain death. There are no teachers, no holidays,… And students can’t leave until they graduate – or die. El is uniquely prepared for the school’s dangers. She might not have allies, but she possesses a dark power strong enough to level mountains and wipe out millions. She could easily defeat the monsters that prowl the school. But her dark magic might also kill all the other students. I LOVED the author’s Uprooted and Spinning Silver, and this sounds AH-MA-ZING! Out on September 29th!

After her mother dies in an accident, Bree wants nothing to do with her family memories or childhood home. A residential program for bright high schoolers at UNC-Chapel Hill seems like the perfect escape – until Bree witnesses a magical attack her first night on campus. A flying demon feeding on human energies; a secret society of so-called “Legendborn”; a teenage mage who calls himself a Merlin and who tries – and fails – wipe Bree’s memory of everything she saw. That failure unlocks Bree’s unique magic and a buried memory: when her mother died, another Merlin was at the hospital. To find out what really happened, she infiltrates the Legendborn, but she is not ready for what she discovers. Now she has to decide whether she should use her magic to take the society down – or join their fight. Secret societies, Merlins, demons, and magic? Yes please! Out on September 15th!

Looking for even more September 2020 books? Here’s the full list of new books hitting the shelves!

What September 2020 book are you looking forward to the most? Let me know in the comments below!