New books to look forward to in August 2018 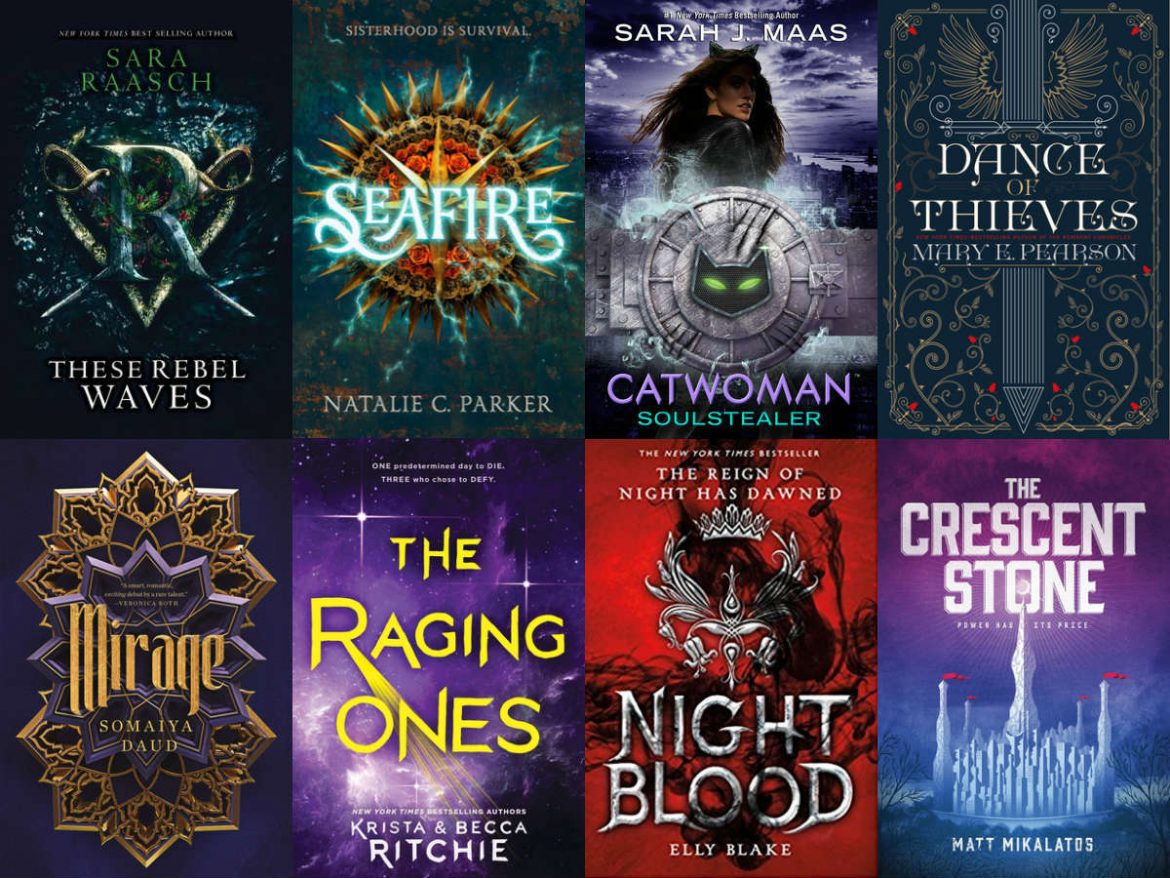 What’s more fun than finding great books to read? Like every month, August brings us a ton of exciting new releases. And like every month, I pick out the books I’m looking forward to. Because we just can’t read everything, no matter how frustrating that is. So here are a few of the YA releases of August 2018 I’m putting on my TBR list.

The first of two pirate stories to be released this month. In These Rebel Waves, we meet Adeluna (a soldier), Devereux (a pirate), Benat (a heretic and the crown prince) who are drawn into a complex world of politics when a diplomat vanishes during peace talks. The synopsis doesn’t give away much, but as a fan of political intrigue, this is one I’m definitely picking up. Out on August 7th.

And this is the other pirate story! Caledonia’s family is killed by a corrupt warlord and his army of Bullets. She gathers a crew of girls and women on her ship, with one mission: bring down the warlord. But then her best friend survives an attack with the help of one of these Bullets and Caledonia has to decide: can this boy help them destroy their nemesis, or is he a threat to everything they’ve worked for? Out on August 28th.

Superheroes are hot. There are countless comics, movies and books. This is the third part in the DC Icons series, telling the stories of the teenage versions of well-known superheroes. So far we’ve had Wonder Woman (by Leigh Bardugo) and Batman (by Marie Lu). The third part features catwoman and is written by Sarah J. Maas. Next year the final book will be about Superman. I’m not the biggest DC fan (Marvel girl all the way!) and I haven’t read the other books of this series yet, but it’s Sarah J. Maas, so this has to be good. Out on August 7th.

This is the first part of a new series, that is set in the same universe as Pearson’s other series, the Remnant Chronicles. Young Jase has to take over as patriarch of the infamous Ballenger outlaw family. Meanwhile, Kazi – a reformed thief – is sent by the queen to investigate crimes. It won’t surprise you that these two are thrown together by circumstance. It sounds like there will be quite a bit of scheming going in. And it just screams enemies-to-lovers, so I’m in! However, it might be best to read the Remnant Chronicles first, to get a better understanding of the world. Out on August 7th.

This one sounds like a scifi/fantasy combo. It’s about Amani, a dreamer and aspiring poet, who lives in a star system dominated by the brutal Vathek empire. She is kidnapped and taken to the royal palace, where she has to act as the body double for the cruel princess. Luckily, there’s the princess’ fiancé, Idris. This all sounds like a recipe for a truckload of trouble and danger. And don’t we all love that? Out on August 28th.

The Raging Ones – Krista & Becca Ritchie

Another story that’s equal parts scifi and fantasy. In this book, everyone knows the day they will die, but three teens break all odds and dodge their deathdays. They have to flee their planet, but in order to do so, they’ll have to hide their bond and fight against thousands of people to secure a spot in a mission to space. This sounds like an interesting premise: how do you live your life if you know when it’s going to end? Out on August 14th.

This is the third and final part of the Frostblood Saga. The series center around Ruby, a Fireblood who has concealed her powers of heat and flame from the cruel Frostblood ruling class. But eventually, she decided to come out of hiding, desperate for revenge. It does sound a bit like a typical YA fantasy, like Red Queen (with the Reds and Silvers), but that doesn’t mean it can’t be good, right? Nightblood is out on August 21st.

Madeline, a teenager with terminal lung disease, meets a stranger who offers to heal her in exchange for one year of service in his world. Madeline and her friend Jason agree and travel to the Sunlit Lands. As privileged members of the Elenil society, there is much to discover and enjoy, but Madeline and Jason soon learn that magic comes with a high cost. Out on August 7th.

Need even more inspiration? Here is the full list of YA releases for August 2018:

Which books are you looking forward to next month? Let me know in the comments below! Or come say hi over at Instagram, Goodreads, Twitter, Facebook or Bloglovin’.