New books to look forward to in December 2018 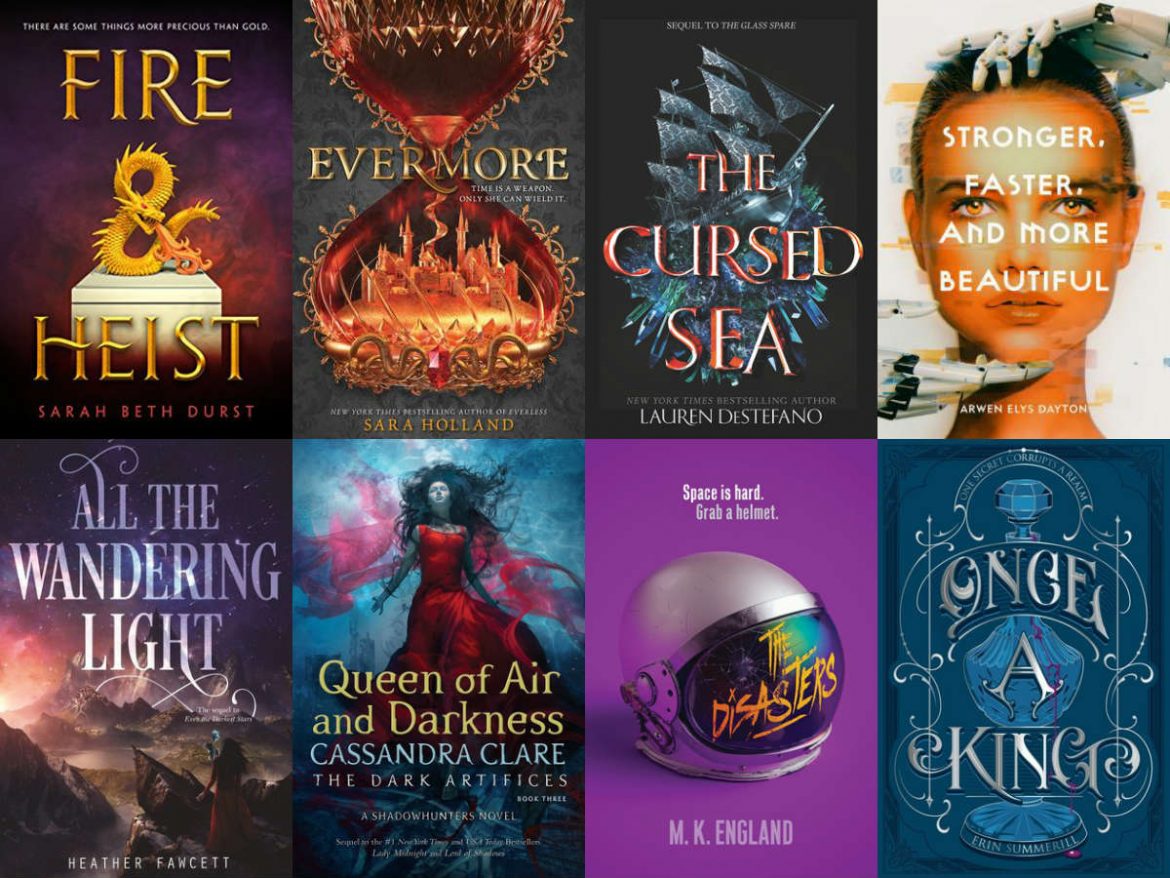 Aah, December! Month of dark days, hot chocolate and last-minute gift shopping! In between family gatherings, there’s luckily some time left to spend with books. And like any month, December brings us some exciting new releases. However, the list is rather limited this time. Which is okay, because now I can finally try to catch up with my huge backlog! Anyway, without further ado, here are my recommendations for December 2018!

This book has heists. And were-dragons. That’s all I need to say about it, right?! In case you need more information: Sky, a human girl who can turn into a dragon, is preparing to lead her first heist, a major milestone in her family. This is when she discovers secrets about her mother, who went missing, and her boyfriend who broke up with her. And that’s not all… She also stumbles upon a dark truth about were-dragon society. Out on December 4th!

This is the sequel to Everless, which I read and reviewed earlier this year. Jules, who has learnt a shocking secret about herself, must delve into the stories about her own past in order to save the person who has captured her heart. This would be hard enough by itself, but there’s also Jules’ nemesis, who is intent on destroying her. Oh, and the whole kingdom believes she is responsible for gruesome murders. Out on December 31st!

The Cursed Sea is the sequel to The Glass Spare. I haven’t read that one yet, but it’s a gender-bent version of King Midas, which sounds really good. In the first book, we meet Wil, the only daughter of the king. She discovered that her touch turns people into gemstone. On her quest to find a cure, she met a cursed prince. The Cursed Sea is out on December 18th!

Not a fantasy story, but science-fiction set in the near to distant future. This book is made up of six interconnected stories that ask how far we will go to remake ourselves into the perfect human specimens, and what it means to be human. In a time of genetic breakthroughs and the related ethical dilemmas, this book sounds intriguing, and even I – not the biggest scifi fan – am tempted to buy it! Out on December 4th!

All the Wandering Light – Heather Fawcett

This is the sequel to Even the Darkest Stars. In that book, which I haven’t read yet, Kamzin set out on an expedition with River to climb the tallest and deadliest mountain in the Aryas. She not only has to face avalanches, ice chasms and ghosts, but also unravel the truth of their mission and her companions. I accidentally read a spoiler when looking up the blurb of All the Wandering Light and let me tell you, this series sounds amazing, filled with twists! All the Wandering Light is out on December 4th!

This might be an unpopular opinion, but I’m not a big fan of Cassandra Clare’s Shadowhunters universe. I read the first few Mortal Instruments books, but just couldn’t be bothered to pick up the rest or her other series in the same world. That being said, I am including this one because it’s the buzziest young adult release this month and I know tons of people love her books. So yeah, I can’t say anything about the story, but this is the third and final novel in the Dark Artifices trilogy, set 5 years after the events of The Mortal Instruments. I’ve heard this series is better than her previous books, but apparently you have to read all of those to understand what’s going on here…? Anyway, Queen of Air and Darkness is out on December 4th!

This is another science-fiction story. Pilot Nax is kicked out of the elite Ellis Staton Academy after less than 24 hours. While he’s on his way back to Earth, a terrorist group attacks the Academy. Nax manages to escape along with 3 others, but they are the only witnesses and the perfect scapegoats. They embark on a heist to spread the truth about what happened. I love heists and unlikely heroes, so this goes on my list. Out on December 18th!

Once a King – Erin Summerhill

This is listed as the third part in the Clash of Kingdom series, but the author has said it’s actually a standalone. From what I’ve read, it seems you can read this one without having read Ever the Hunted and Ever the Brave. But it helps becomes some familiar faces make an appearance. I haven’t read those books yet, but they’re on my list. Once a King tells the story of King Aodren. In his kingdom, women with magical abilities, are persecuted by those without magic. Aodren wants to unite his country and asks Lirra for help. She doesn’t trust him, but agrees anyway. Out on December 4th!

Need even more inspiration? Here is the full list of YA releases for December 2018:

It’s a rather short list this time, but there are still some exciting books on it, if you ask me. Which of these are you looking forward to? Let me know in the comments!