New books to look forward to in January 2019 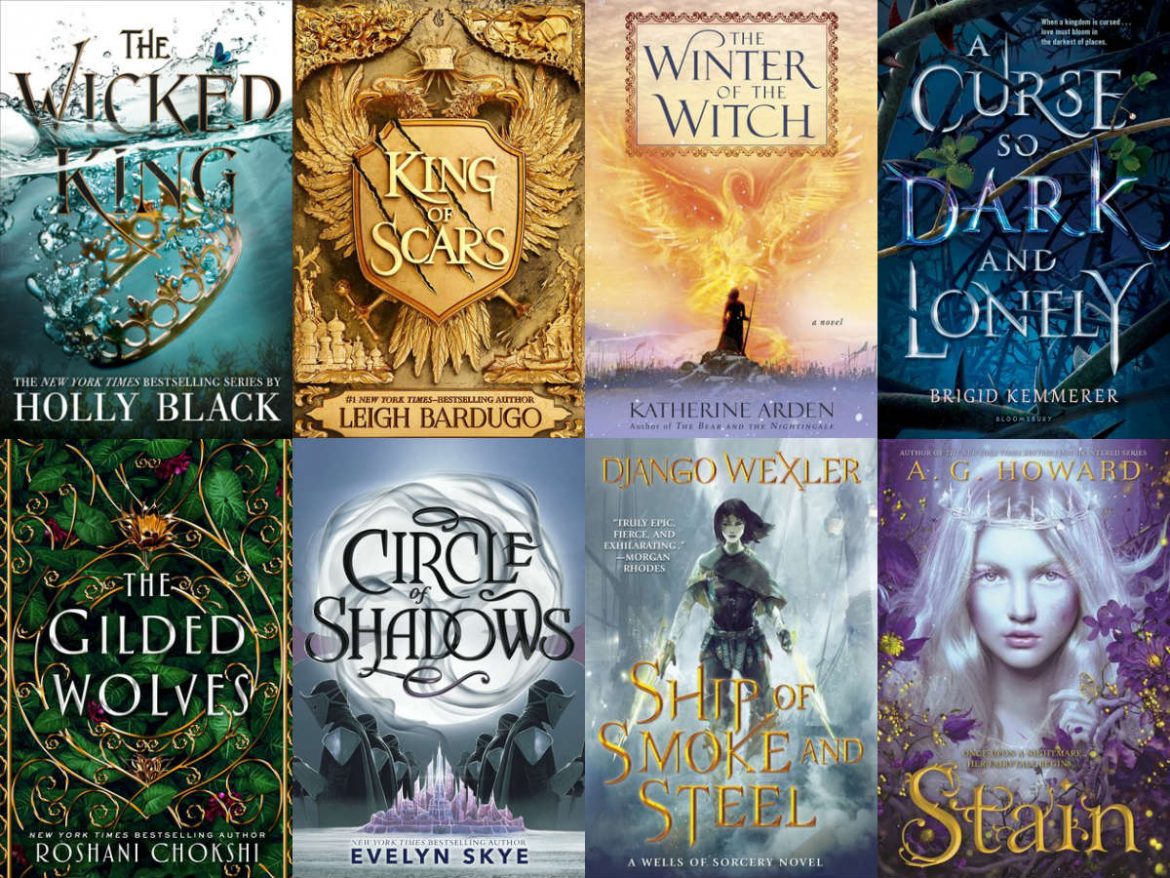 Can you believe 2018 is almost over? It’s been a year of amazing new books, too many to read all of them unfortunately. And if you think you’ll be able to catch up with these releases in 2019, you’re mistaken. Because it promises to be another grand cru year for Young Adult literature. I swear, I’ll need at least two years to read all the new books I’m excited about! Anyway, let’s kick off the year with this list of January 2019 releases I look forward to!

We start off with a sequel. One of the first books I read this year, was The Cruel Prince. Jude, a human girl, lives in Faerie where she has to deal with prince Cardan and his constant bullying. But at the end of that first book, the lives of both Jude and her tormentor are turned upside down. And as if navigating the constantly shifting political alliances wasn’t hard enough yet, they have to fight their complicated feelings for each other. The first part of The Cruel Prince wasn’t my thing, but the second half got me hooked. Hopefully this sequel continues down that road. Out on January 8th!

I’ve had this book on my “want to read” list since September 2017, when it was first announced. And finally, fiiiiinally, it’s here! Leigh Bardugo takes us back to her Grisha-verse, the world we know from the Grisha trilogy, the Six of Crows duology and The Language of Thorns. And this time, the story focuses on Nikolai Lantsov, everyone’s favourite privateer-prince. I always loved his wit and sass, but this one might be a bit darker. For his country’s civil war has taken a heavy toll on Nikolai. He not only has to rebuild Ravka, forge new alliances and stop a rising threat, but also has to fight the dark magic that’s taken root inside him. Out on January 29th!

The Winter of the Witch – Katherine Arden

This is the third and final part of the Winternight trilogy, that began with The Bear and the Nightingale. That first book is still on my TBR list, but it won’t remain unread for long! This trilogy tells the story of Vasilisa who lives with her family on the edge of the Russian wilderness. When her father brings home a new bride, strange things start happening. And it is up to Vasilisa to protect her family. It’s a story in which old folktales play an important role. So I’ll probably end up binging this series! The Winter of the Witch is out on January 9th!

A Curse So Dark and Lonely – Brigid Kemmerer

Trends coming and go in literature, but it seems the Beauty and the Beast retellings are here to stay. In this one, prince Rhen is cursed to repeat the autumn of his eighteenth year over and over, unless a girl falls for him. Life’s not been easy for Harper Lacy. Her father is gone, her mother is dying and she herself has cerebral palsy. When she tries to save someone on the streets of Washington, DC, she is sucked into Rhen’s world. I’m a sucker for Beauty and the Beast retellings, and I’m all here for the cerebral palsy representation. Out on January 29th!

This story is set in Paris, in 1889. Treasure-hunter and wealthy hotelier Séverin Montagnet-Alarie gets an offer from the powerful Order of Babel society: help them find the ancient artifact they seek and he’ll get his true inheritance. So Séverin gathers a band of experts, who not only bring their skills, but also their emotional baggage. Together, they’ll have to use their wits and knowledge to hunt the artifact. As you might know, I adore Ocean’s Eleven-esque heists in fantasy settings, so I can’t wait to get my hands on this one. Out on January 15th!

Sora can move as silently as a ghost and is lethal with her throwing stars. Her gemina, Daemon, can win any physical fight blindfolded. They are both apprentice warriors of the Society of Taigas, marked by the gods to be trained in magic and the fighting arts. As their graduation approaches, they encounter a camp of mysterious soldiers. Sora and Daemon decide the only thing to do is to infiltrate the group. Ninjas and undercover operations? Count me in! Out on January 22nd!

Isoka is ward boss in the port city of the Blessed Empire, meaning she comes to collect when there’s money owing. When the Empire discovers she has the ability to access the Well of Combat, she’s sent on an impossible mission: steal Soliton, the legendary ghost ship. Minor detail: no one has ever returned from that ship. If she fails, her sister’s life is forfeit. Honestly, I was sold when I heard the phrase “ghost ship”! Out on January 22nd!

And we conclude this list a retelling of The Princess and the Pea. Lyra, a princess incapable of speech or sound, is cast out of her kingdom of daylight by her wicked aunt. A witch saves her life, steals her memories and raises her, disguised as a boy named Stain. In the rival kingdom, the prince of thorns and night is dying. The only way he can break the curse is to marry the princess of daylight. As Lyra rediscovers her identity, an impostor princess prepares to steal her betrothed prince and her crown. She must make sure she’s heard without a voice and strong enough to pass a series of tests. Out on January 15th!

Need even more inspiration? Here’s the full list of YA releases for January 2019!

And that’s all the new YA releases for January 2019! Which one(s) of these are you looking forward to the most? Let me know in the comments below!