New books to look forward to in June 2018 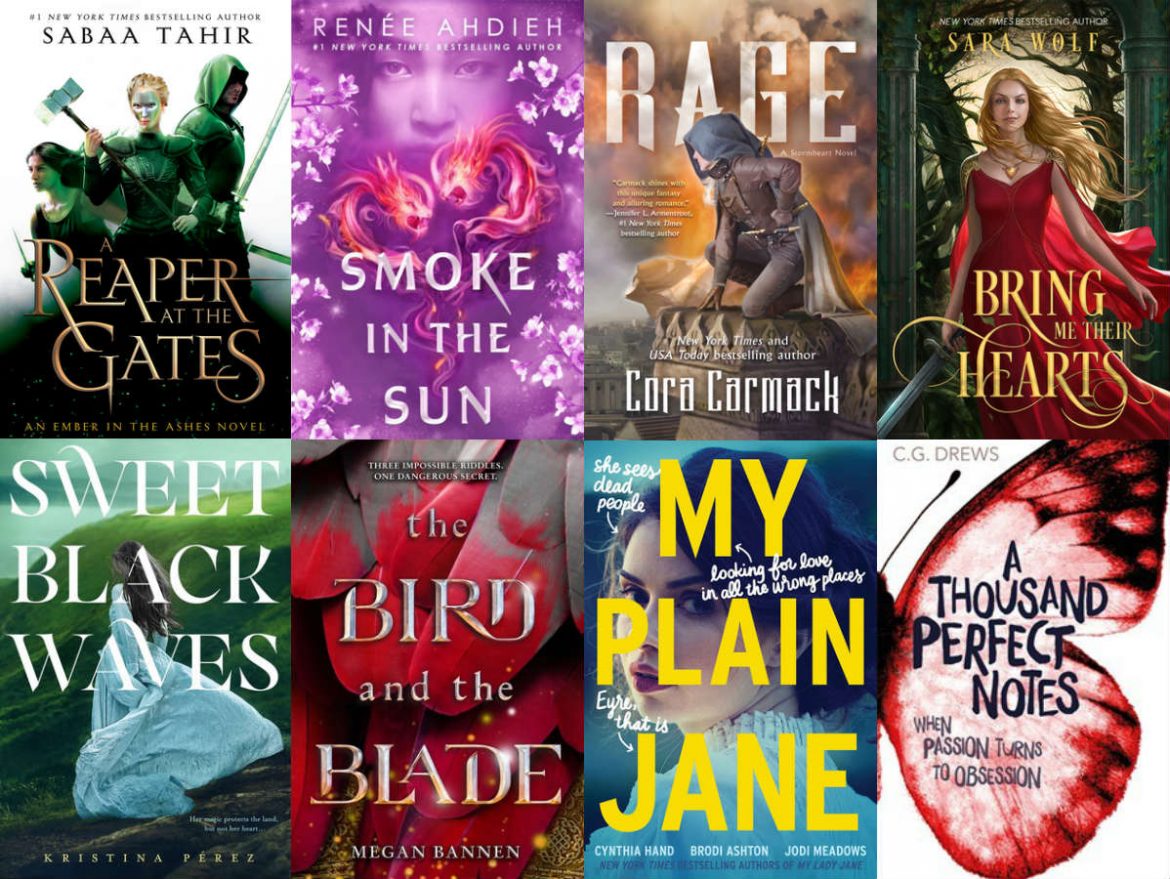 Now that the summer holidays are getting closer, it’s time to start thinking about which books to take with you on vacation. Do I pick a classic, a recent release that’s been on my TBR shelf for a few months, or do I get myself a brand new book? Here are the hottest new releases for June 2018!

A Reaper At The Gates – Sabaa Tahir

One of the most popular YA fantasy series these last few years is the Ember Quartet by Sabaa Tahir. It all started with Laia and Elias in the first book, An Ember in the Ashes. The story continued in A Torch Against the Night, and now the third part is here. In a world inspired by ancient Rome, the threat of war has been growing and the lives of everyone in the Empire hang in the balance. This series has been on my TBR list for a long, long time and maybe I should use this occasion to finally dive in. Out on June 12.

Smoke in the Sun – Renee Ahdieh

Smoke in the Sun is the sequel to Flame in the Mist, a retelling of Mulan set in Japan. It’s the finale of the duology that tells the story of Mariko, the daughter of a samurai. In the first book, she was attacked by the Black Clan and subsequently infiltrated their ranks (dressed as a boy, because Mulan) to take revenge. Out on June 5.

This is another sequel to a book that was published last year. It tells the story of Aurora, destined to rule as queen, but lacking in the storm magic her family uses to protect the people. One day she discovers there’s a black market dealing exactly that type of magic. The cover of Roar, the first book, gave me some Daenerys Targaryen vibes with the blonde hair and white dress, but I haven’t picked it up yet. However, I’ve seen many good reviews about this, and the sequel promises higher stakes, with a war brewing. Out on June 11.

Bring Me Their Hearts – Sara Wolf

I absolutely love books that go stabstabstab, so this title immediately caught my eye. Zera is an immortal, unageing soldier for a witch, who sends her on a mission to – you guessed it – bring her a heart. Not just any heart, but that of a prince. That prince is Lucien, used to getting his way. This sounds like an enemies-into-lovers story in a dark setting. Out on June 5.

The description for this book mentions “a lush fantasy trilogy about warring countries, family secrets, and forbidden romance”. What more do you want? Inspired by the tale of Tristan and Iseult, it tells the story of Branwen, lady-in-waiting to a princess. When she unwittingly saves the life of an enemy, he awakens her healing magic and she begins to dream of peace between the two warring kingdoms. The blurb also mentions Mists of Avalon, one of my all-time favourites, so I can’t resist this one! Out on June 5.

The Bird And The Blade – Megan Bannen

So far we’ve had books inspired by ancient Rome, Japan, and a European medieval legend. Let’s add Mongolia to that list with The Bird and the Blade. Jinghua is a slave who finds herself helping the prince and his father escaping from their enemies. She hatches a scheme to help them return home, but then the prince seeks an alliance with the Great Khan by marrying his daughter. Her suitors have to solve three impossible riddles, or die. From the synopsis, it seems like it ticks all the YA fantasy boxes, but the setting is so unique that I am more than intrigued. Out on June 5.

I keep telling myself I should read more classics. Jane Austen, the Brontë sisters, and all that. Why do I tell you this, you ask? Well, My Plain Jane is a sort-of-retelling of Jane Eyre by Charlotte Brontë. In this book, both Jane Eyre and Charlotte Brontë are drawn into a gothic ghost hunt with lots of humour thrown in. It’s part of the same series (but not a sequel) that brought us My Lady Jane, the story of Lady Jane Grey, the nine-days queen of the Tudors. In that book, her intended is a were-horse. I haven’t read that one yet, but it sounds hilarious. Out on June 26.

In the normal course of events, you stumble upon a book, read it, and start following the author on social media. In this case I started with that final step. C.G. Drews is better known online as Paperfury, owner of a great Twitter account, gorgeous Instagram feed and producer of all the reading/writing snark you could imagine. If her debut novel is anything like her posts online, we’re in for a wild ride. This is a contemporary YA story about music, abuse and hope, and tells the story of Beck, whose mother forces him to play the piano while he would rather compose his own music. When he meets August, he sees a glimpse of a way out of his miserable existence. Small warning: from what I’ve heard, Drews likes to put her characters through a lot of pain. Out on June 7.

Are any of these books on your TBR list? What books do you want to read this month? Let me know in the comments below! Need more inspiration? Below are all of this month’s new releases.