New books to look forward to in October 2018 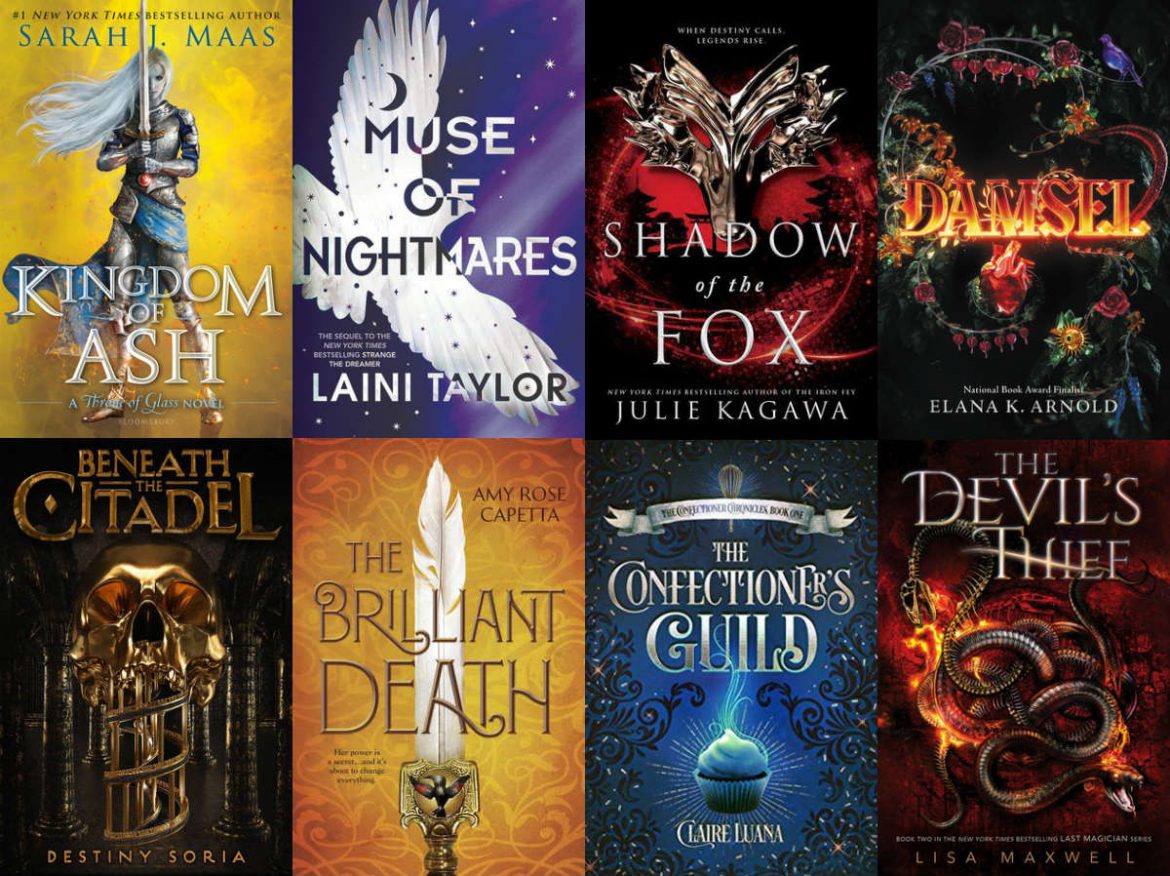 Summer is officially over, the dark and long autumn evenings are here. And what better way to spend your time than with a cup of tea, a blanket and a good book? If you’re like me, you have a stack of books ready. But in case you need more inspiration, here is my list of October 2018 recommendations!

Let’s be honest: we’re all counting down the days until we can hold this one in our hands. But in case you don’t know: this is the 7th and final part of the Throne of Glass series by Sarah J. Maas. What started as the story of Celaena Sardothien, who competed against other trained killers to become the royal assassin, has evolved into a sweeping tale spanning two continents and countless characters. After Tower of Dawn, we will finally find out what has happened to our main character and we get front row seats in the epic conclusion of a war that spans many centuries. Out on October 23rd!

One of the biggest hypes of last year was Strange the Dreamer. The story started with Lazlo Strange, war orphan and junior librarian, who has been obsessed with the lost city of Weep for years. In the first book, he gets the opportunity to go looking for answers, but in Weep he will find even more questions. I haven’t read Strange the Dreamer yet, but it’s high on my TBR list and people recommend it to me all the time. So be sure to check out this series! Muse of Nightmares is out on October 2nd!

Shadow of the Fox – Julie Kagawa

Yumeko, a young girl raised by monks, has trained all her life to hide her true nature and skill with illusion. One day, she is forced to flee for her life with the temple’s greatest treasure, one part of an ancient scroll that would grant the holder a wish. Fate brings Yumeko together with Kage, a samurai and hunter of the scroll. He might be her best hope for survival and so they form an uneasy alliance. Ths sounds like a great fantasy story with enemies-to-lovers and who can say no to that?! Out on October 2nd!

We all know the fairytales of handsome princes slaying dragons and rescuing damsels in distress. When Ama wakes in the arms of prince Emory, she has no memory of what happened before. She only knows what this prince tells her. But Ama soon realises not everything is as it seems and she might be in more danger now than she was before. From what I’ve read, this is a pretty dark story with heavy themes like abuse and sexual assault. But it sounds interesting and I’m all here for criticism of the damsel in distress trope. Out on October 2nd!

Beneath the Citadel – Destiny Soria

I’ll be honest with you: this book drew my attention with its cover. Isn’t it gorgeously creepy?! In the city of Eldra, people are ruled by ancient prophecies. Cassa, the orphaned daughter of rebels, is determined to fight back against the council. Together with three allies, she tries to uncover the mystery of the final prophecy, but it may be too late to save the city. According to early reviews, this book features some great lgbt rep and I can’t wait to get my hands on it. Out on October 9th!

Speaking of lgbt rep, the next book features gender-fluid main characters in a fantasy setting. Teodora is the daughter of a mafia don and has the ability to turn her family’s enemies into mirrors, music boxes and other objects. When her father falls ill, she has to travel to the capital, transformed into a boy. Soon, she meets Cielo, a strega who can switch back and forth between male and female. Teo starts to realize how much of life she’s missed by hiding her true nature, but she can’t forget her mission. Out on October 30th!

“A magic cupcake. A culinary killer. The perfect recipe for murder.” That’s the tagline for this book. And I’m sold. Wren finds out her sweet treats can work magic when the head of the Confectioner’s Guild drops dead before her, poisoned by her cupcake. Now she must discover who framed her, with the help of a handsome inspector and several new friends. This leads them to a deep-rooted conspiracy that goes all the way to the top. A magical mystery with cupcakes? Bring it on! Out on October 23rd!

My 8th and final pick for the month is the sequel to The Last Magician. I haven’t read that one yet, but it sounds interesting. It’s set in modern-day New York, where the Mageus (people who have an affinity for magic) have to hide. When they enter Manhattan, they are trapped by a barrier of dark energy that confines them to the island. Esta is a thief who has been raised to steal artifacts and who can manipulate time. She has to travel back to 1902, to steal a book containing the secrets of the Order before it can be destroyed. I love time-travel stories, so I should definitely give this series a try. The Devil’s Thief is out on October 9th!

Which October 2018 releases are you most excited about? Let me know in the comments below!