New books to look forward to in September 2018 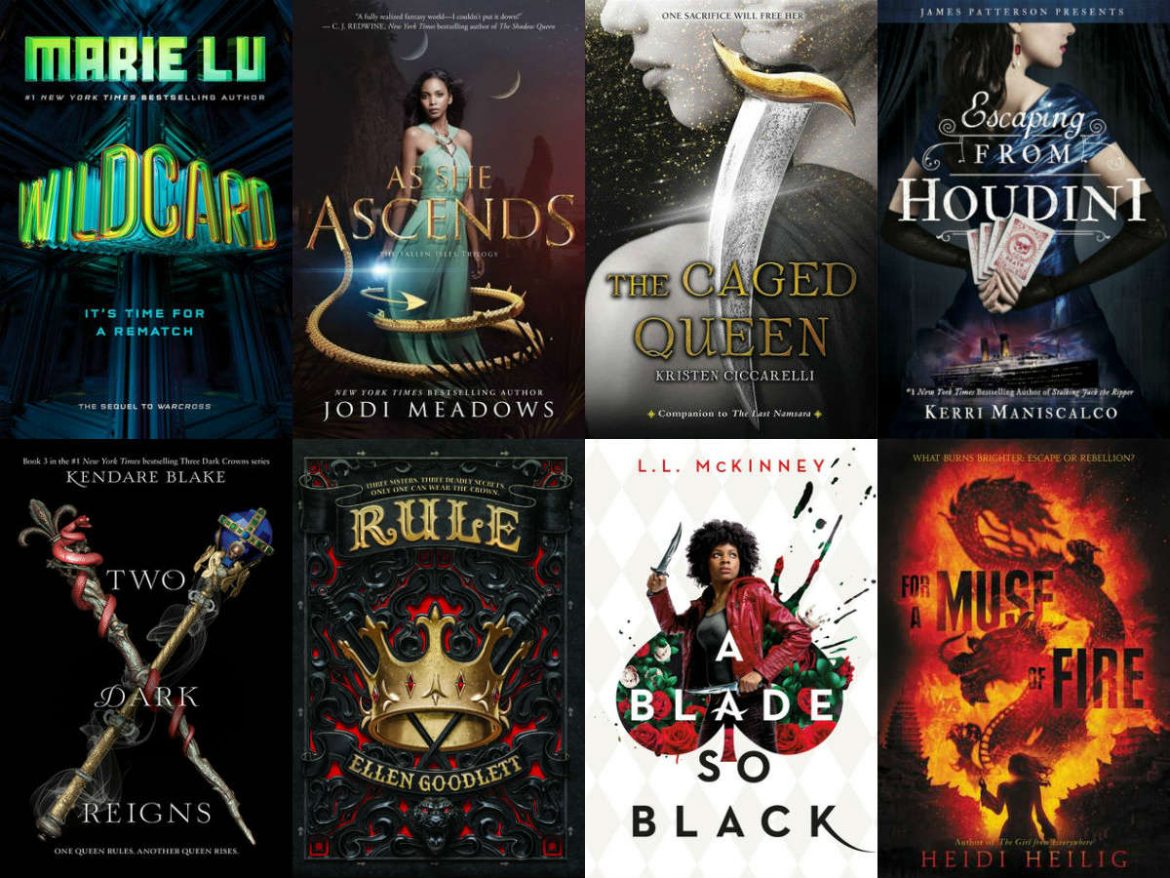 At the start of the school year, students are bombarbed with textbooks and mandatory reading lists. But there are also tons of new book releases to look forward to. Here are some of my recommendations for September 2018!

We start this list with a sequel. Last year, Marie Lu introduced us to the world of Warcross, an immensely popular video game. Emika Chen, a bounty hunter in virtual reality, is invited to take part in a worldwide tournament for this game, to help with a security problem. Now, Emika has uncovered a devious plan by someone she never suspected. Can she stop him? I loved Warcross and I’m really excited about this one! Out on September 18th!

As She Ascends – Jodi Meadows

This is another sequel. In Before She Ignites, we meet Mira. She’s a young woman with a peace treaty named after her. But when she discovers an explosive secret, she is sent to the Pit, the deadliest prison. She must now not only survive, but also unearth the dark truth about the Fallen Isles. I haven’t read Before She Ignites yet, but it sounds intriguing (and apparently there are dragons…?!). Out on September 11th!

The Caged Queen is yet another sequel. This one is the second part in the Iskari series by Kristen Ciccarelli, that started with The Last Namsara. In that book, we met Roa, who married Asha’s brother Dax. Together they fought the tyrannical king. But now Dax’s promises to Roa go unfulfilled. Then an opportunity arises to save her sister, whose soul has been stuck in this world ever since an accident years ago. I loved The Last Namsara, although Ciccarelli’s writing was a bit on the careful side, and I’m really looking forward to this one! Out on September 25th.

Not a second, but a third installment this time! Audrey Rose and Thomas made their first appearance in Stalking Jack the Ripper, a book that perfectly reflected the mysterious fog hanging over London in the late 19th century in which the infamous serial killer operated. After their trip to Transylvania in Hunting Prince Dracula, the duo now embarks on a transatlantic trip. Also onboard: a traveling troupe of circus performers. Then young women begin to go missing and a series of brutal slaying shock the ship. Can Audrey Rose and Thomas stop the killer? This perfect Halloween read is out on September 18th.

The next book is – you guessed it – another third installment in a running series. Two Dark Reigns is the third part in the Three Dark Crowns series by Kendare Blake. In the first book, three sisters, each with her own type of magic, are getting ready to take on each other in the fight for the throne. That first book sounded promising, but it lacked interaction between the sisters in my opinion. However, I have high hopes for One Dark Throne (the second book) and this one, so I’m putting both on my TBR list. Two Dark Reigns is out on September 4th.

The premise for this book sounds a bit similar to that of Three Dark Crowns: three girls, who grew up in different parts of the kingdom and bearing their own dark secrets, are summoned to the royal palace. There, they learn they are the king’s illegitimate daughters and one of them must become his heir. The synopsis promises “magic, mystery and blackmail”, and I’m so here for it! Out on September 11th!

A Blade So Black – L.L. McKinney

As you might know, I’m a big fan of retellings. A Blade So Black gives us a new twist on the story of Alice in Wonderland. Young Alice is trained to keep the Nightmares at bay in Wonderland. Meanwhile in the real world, she has to deal with an overprotective mom, a high-maintenance best friend and slipping school grades. When her mentor is poisoned, Alice has to venture deeper into Wonderland than ever before. And she’ll need her wits if she doesn’t want to lose her head… Out on September 25th!

For a Muse of Fire – Heidi Heilig

Jetta’s family is the most famous troupe of shadow players in the land. Their secret: Jetta can see the souls of the recently departed and bind them to her puppets, a practice that is forbidden since the colonial troops conquered their country. But a rebellion is brewing and when Jetta meets a young smuggler, she will face truths and decisions that she never imagined. This story is inspired by Asian cultures and French colonialism, and is told from Jetta’s POV, but also through telegrams and play scripts. If that doesn’t sound interesting, there might be something wrong with you! Out on September 25th!

Those are my 8 recommendations for next month, but there are of course so many more books to look forward to! Here is the full list of September 2018 releases:

Which books are you looking forward to in September 2018? Let me know in the comments below!