New YA releases to look forward to in July 2018 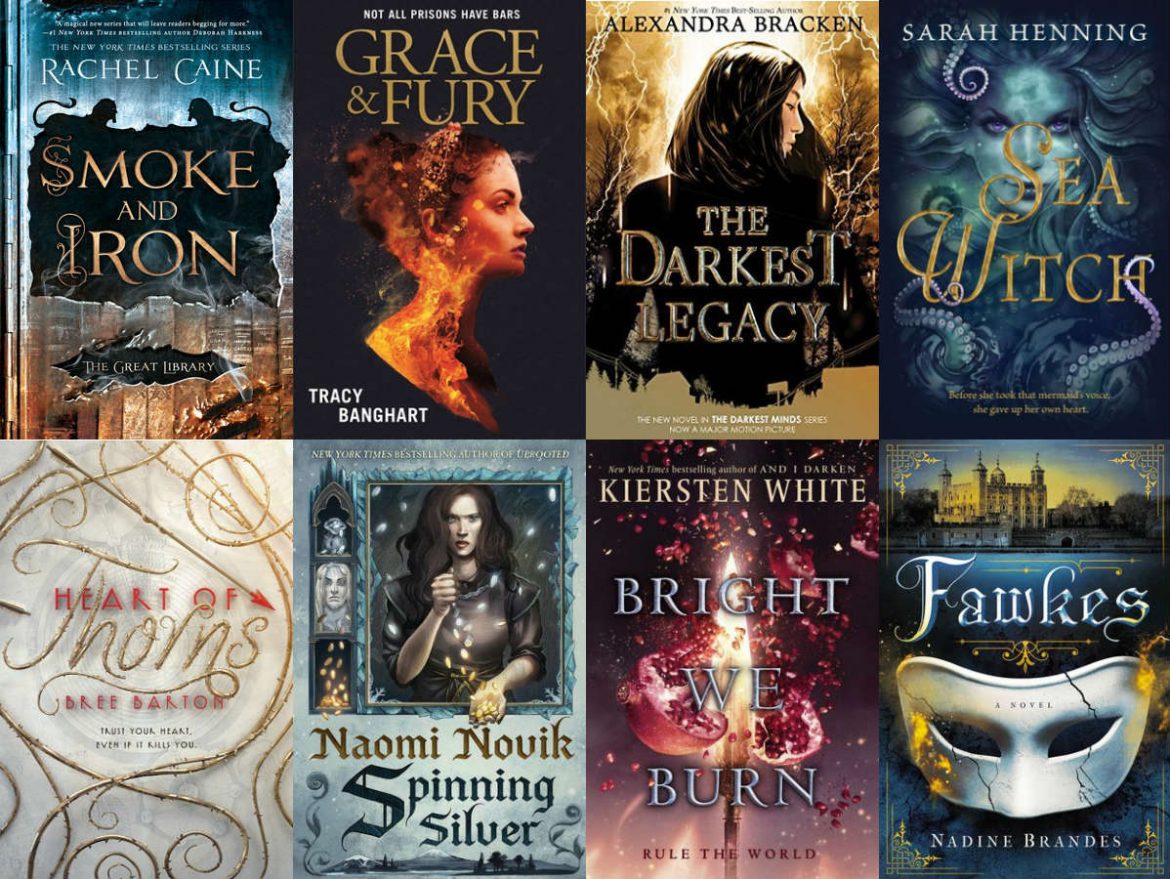 Summer is finally here! Long days you can fill with lounging in the sun (or somewhere in the shade if you’re like me and you even get sunburn from flashlights), by the pool, with a cold drink. And with a good book, of course. But what books should you take with you? Here are some of the hottest new releases for July 2018!

This is the 4th book in the Great Library series. The idea behind this series is “what if the Great Library of Alexandria was never destroyed?”, making it the most powerful institution in the world. It controls the flow of knowledge, deciding which books are allowed and which are banned. In the first part, Ink and Bone, we meet Jess, a young book smuggler who is sent to the Library as a student. This first book reminded me a bit of Harry Potter and I really enjoyed it. And just look at the cover, isn’t it gorgeous?!

Serina is a Grace, someone who stands next to the throne as a shining example of a perfect woman. But when her younger sister Nomi catches the eye of the royal heir, Serina takes the fall for the secret Nomi has been hiding. I’m super excited about this one because it stars two sisters and it sounds like it will have a strong feminist message, with the whole concept of Graces. Out on July 31st.

Another 4th book in a series. In the Darkest Minds series by Alexandra Bracken we meet Ruby, a young girl who suddenly wakes up with frightening abilities. It’s a dystopian tale, which of course features a rebellion against the government. So far, I’ve only read one book by this author, Passenger, and thought it was average. But this series sounds a lot more interesting and so I might pick it up. Out on July 31st.

Little Mermaid retellings are quite popular at the moment, and so are villains’ origins stories. So seeing a book about the background story of the sea witch isn’t a big surprise. Evie is an outcast in her village since her best friend drowned. Until a girl with an uncanny resemblance to that friend appears. The blurb promises a story of friendship, betrayal and a girl pushed beyond her limits. Out on July 31st.

17-year-old Mia has devoted her life to hunting Gwyrach, women who can manipulate flesh, bones, breath and blood. The same women – demons – who killed her mother. When her arranged marriage to a prince goes wrong, Mia discovers she has dark, forbidden magic. The magic she has sworn to destroy. It doesn’t sound terribly original, but the magic system has captured my interest. Out on July 31st.

You might know Naomi Novik as the author of the Temeraire series, but I have to confess I haven’t read any of her books yet. Spinning Silver tells the story of Miryem, the daughter of moneylender who has left his family on the edge of poverty. Miryem steps in and soon has the reputation of being able to turn silver into gold. Which doesn’t sound too bad, until the king of creatures that haunt the woods wants to exploit her. I get the impression this might be a Rumpelstiltskin retelling, so I’m intrigued! Out on July 10th.

In case you want another new series to binge, here’s the And I Darken series, of which Bright We Burn is the third part. It tells the story of Lada Dragwlya, who – together with her brother – was wrenched from her homeland and raised in the Ottoman courts, where she is doomed to act as a pawn. The author herself says the series is based on a gender-swapped Vlad the Impaler. So if you like stabbing and scheming, this one is for you! Out on July 10th.

Remember, remember… Everyone knows the story of Guy Fawkes and the Gunpowder Plot to blow up Parliament. But what if there is more to it? Thomas Fawkes is slowly turning to stone because of some plague. When his father tells him they can stop the plague by blowing up the king, he joins the Gunpowder Plot. The magic system in this story sounds super interesting: people with blue masks can manipulate blue things like water; brown masks can control mud and bricks, and so on. And I’m a sucker for historical settings, so this one goes on my TBR list (although I might keep it for November, when it’s more appropriate)! Out on July 12th.

Need even more inspiration? Here is the full list of YA releases for July 2018:

Which books are you looking forward to next month? Let me know in the comments below!